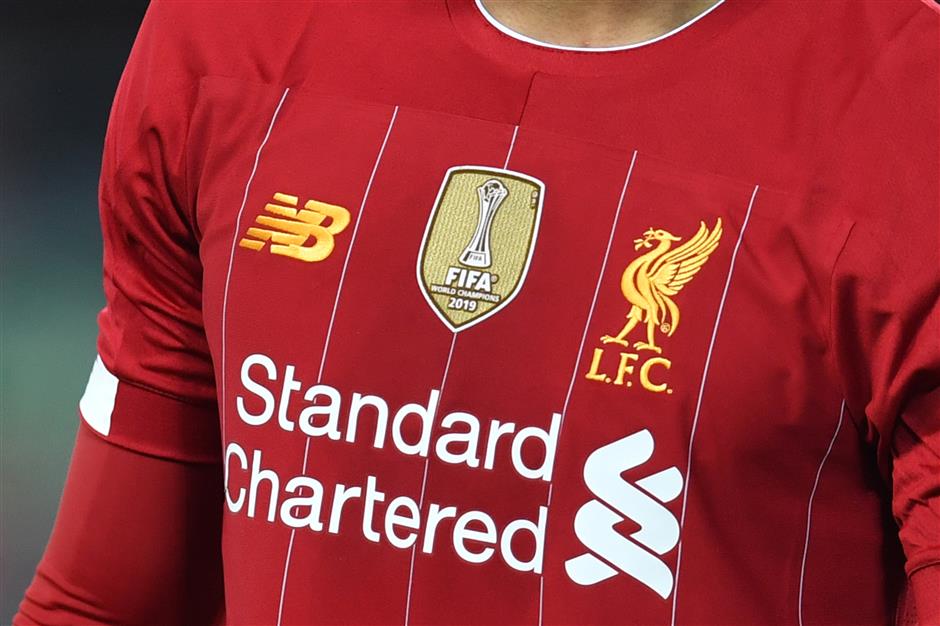 The emblem commemorating Liverpool's FIFA Club World Cup victory is seen on the shirt of defender Joe Gomez during the English Premier League against Wolverhampton Wanderers at Anfield in Liverpool, northwest England, in this December 29, 2019, photo.

Shanghai will host the opening ceremony and final of the expanded 2021 Club World Cup in China, state media said.

Eight Chinese cities will stage matches for the FIFA-organized tournament, which will for the first time involve 24 teams rather than the current seven.

"We need to set up the organizing committee soon and facilitate the construction of venues," Gou Zhongwen, head of China's State General Administration of Sport, told a meeting in Beijing.

"Meanwhile, we will work closely with FIFA and AFC to present great events."

FIFA awarded the inaugural edition of the revamped CWC to China in October, underlining the country's growing clout in football.

It could be a precursor to the world's most populous country eventually hosting the World Cup proper.

Beijing will host the opening ceremony and final of the 2023 Asian Cup, Xinhua said.