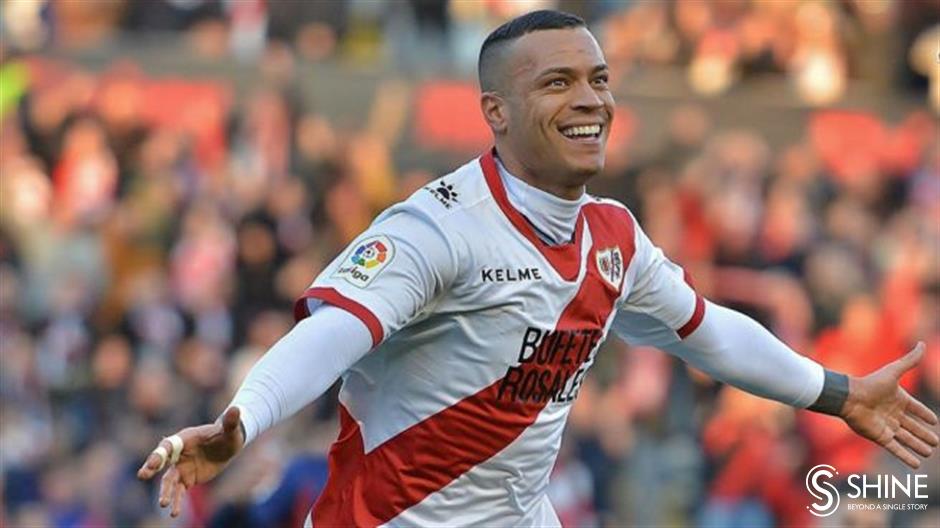 La Liga struggler Espanyol has signed striker Raul de Tomas for a club-record fee of 20 million euros (US$23 million) as it looks to avoid relegation.

De Tomas returns to Spain from Benfica and has signed a 5-1/2-year contract until the end of June 2026.

The forward, who will partner Wu Lei in the Espanyol attack, is a product of the Real Madrid youth system and two years ago netted 24 goals to help Rayo Vallecano gain promotion to La Liga.

He followed that up with a further 14 goals last season, but was unable to stop the team from being relegated and Real looked to cash in on his form by selling him to Benfica.

However, the 26-year-old has failed to adapt to Portugal, prompting Benfica to cut its losses.

De Tomas replaces Matias Vargas, who joined Espanyol from Argentina over the summer for 10.5 million euros, as the club's most expensive player and his arrival is a sign of the confidence in new coach Abelardo Fernandez.

Abelardo was named as Espanyol's third coach of the season just before the New Year and in his debut led the team to a fighting 2-2 draw at home to league leader Barcelona.

De Tomas will probably make his debut in Espanyol's Copa del Rey game against San Sebastian de los Reyes at the weekend and will presumably face his brother Rubi, who plays for the lower-tier Madrid-based outfit.

The Barcelona-based side is currently bottom of La Liga and four points from escaping the relegation zone.

Meanwhile, French World Cup winner Kylian Mbappe brushed aside questions about his future at Paris Saint-Germain on Wednesday when he said "it's not the time to make waves" over contract talks, AFP reported.

The 21-year-old striker, long linked with a move to Real, insisted his mind was only on helping PSG defend its Ligue 1 title and chase an elusive UEFA Champions League triumph.

"For now, I am ready to play football," Mbappe said after scoring in his team's 6-1 rout of Saint Etienne in the French League Cup quarterfinals. 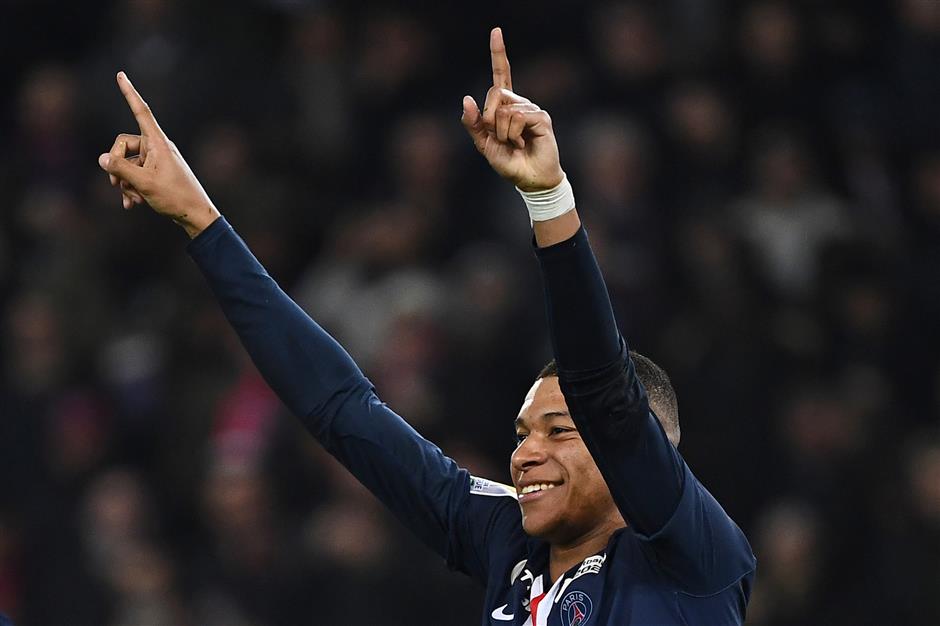 "It is January, it's the start of the final sprint where there are titles to play for. Therefore, it's not the moment to make waves."

Mbappe has a deal at PSG which runs until 2022.

Recruited in the summer of 2017 for 180 million euros from AS Monaco, Mbappe is now believed to be worth 265 million euros, according to the Swiss-based International Center for Sports Studies.

"The club is calm and serene, everyone is pulling in the same direction, so talking about things that are off the pitch is not very realistic and not very beneficial for the team," added Mbappe, who now has 19 goals for the season.

"I am a footballer, not an accountant. I play, I do my job. I try to help my team.

"If I am the most expensive player in the world, everything is fine."

In December, Real coach, and fellow Frenchman, Zinedine Zidane remarked that Mbappe had always said it was his dream to play for the Spanish side.

Liverpool, too, has been linked with Mbappe.

Manager Juergen Klopp had been keen to sign the player in 2017, meeting him and his entourage before the switch to PSG from Monaco was completed.

If PSG was to reluctantly allow Mbappe to leave, it is believed to want more than the record fee of US$260-million it paid Barcelona for Brazilian Neymar in 2017.