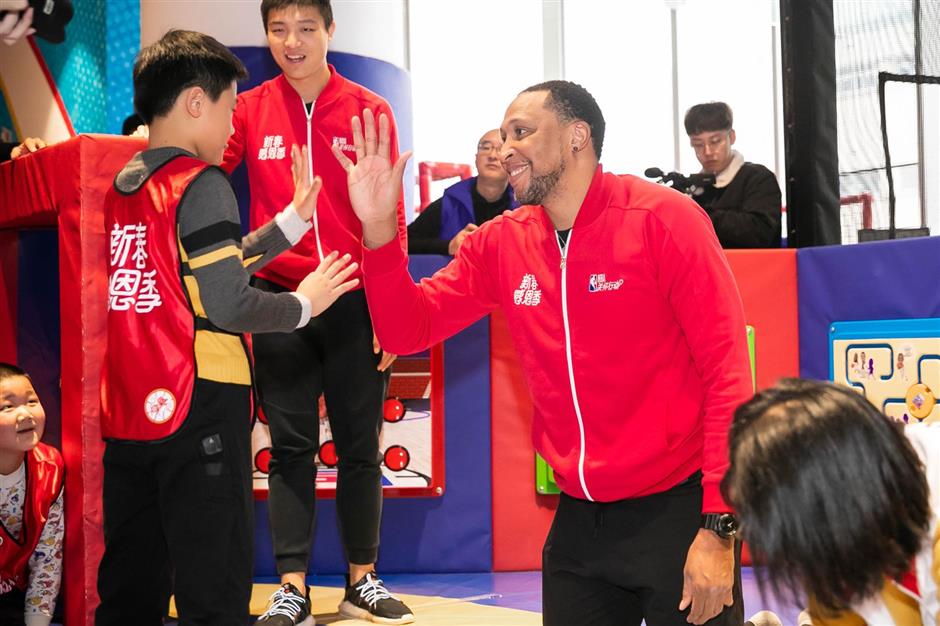 Former NBA player Shawn Marion interacts with mentally handicapped children in Shanghai during the NBA Cares event over the weekend.

Two former National Basketball Association players Bruce Bowen and Shawn Marion showed up in Shanghai over the weekend to send their Chinese New Year wishes to some mentally handicapped children as part of the annual NBA Cares activities.

NBA Cares has the tradition of inviting players to China around New Year's time for charity-themed activities.

During the interactions, Bowen and Marion played bowling and tried Chinese paper cutting with 35 mentally handicapped children and their families.

Before the trip to Shanghai, the two players visited an NBA charity primary school in Neijiang City, Sichuan Province, on January 9. They brought the students stationary items and donations to help them build a new canteen.

"You don't always realize how much influence you have over people around you," said Bowen. "Whenever I meet children or young players, I encourage them, give them company and offer help, which makes all these activities meaningful."

Bowen won three NBA titles with the San Antonio Spurs, who retired his No. 12 jersey. Marion finished his career as a four-time NBA All-Star and a one-time NBA champion, helping the Dallas Mavericks win their maiden and only title in 2011. 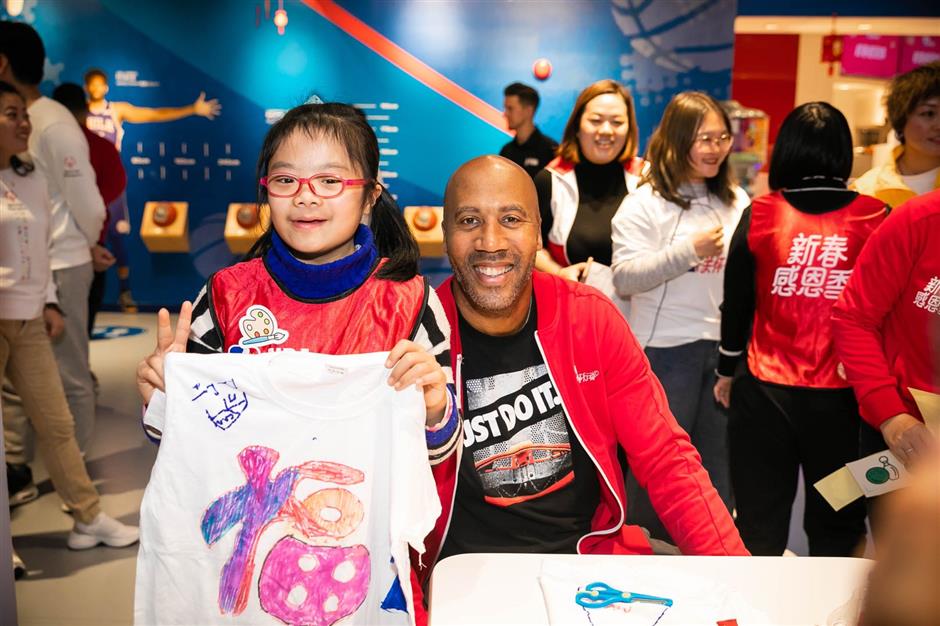 Former San Antonio Spurs star Bruce Bowen poses with one of the children at the NBA Cares event in Shanghai.