The China LPGA Tour tees off its 17th season on Wednesday as a record 144 players are on south China's Hainan Island for the annual qualifying tournament looking to grab one of the 30 full-time playing cards (plus ties) on offer for the 2020 season.

With the 72-hole event featuring players from 12 countries and regions, those who successfully qualify will earn their card to play on one of the world’s fastest growing golf circuits.

This year’s Tour features a minimum of 16-plus tournaments with domestic events throughout the Chinese mainland and tournaments in China's Hong Kong, Singapore, Chinese Taipei and Thailand. The season concludes with the China Women’s Open in December.

As all tournaments offer the chance to win valuable Rolex world ranking points, this year’s qualifying tournament has attracted a field of 92 professionals and 52 amateurs.

Among the notables testing their game over the challenging Tom Weiskopf-designed The Dunes at Shenzhou Peninsula West Course is Thailand’s Patcharajutar Kongkraphan, one of a handful of former US LPGA Tour regulars in the field.

The 28-year-old Nakhon Ratchasima native won four times on the CLPGA Tour in 2010-2011. She then went on to play full-time in the United States until finishing 135th on the money list last year and losing her playing card.

“I actually had the opportunity to play the Q-School final stage but gave up. I lost my confidence playing on the LPGA and this is something I want to rebuild. This is why I am returning to the CLPGA. It’s also close to home,” said the player known as ‘PK’ following her practice round on Tuesday.

“This year, my goal is to win on the CLPGA. This week, I am aiming to play even-par golf for four rounds and enjoy the course because it is very beautiful. There are a lot of Thai players and ex-LPGA players here this week. Everybody is good, but I can’t control them. I just want to play my own game. I hope I can.” 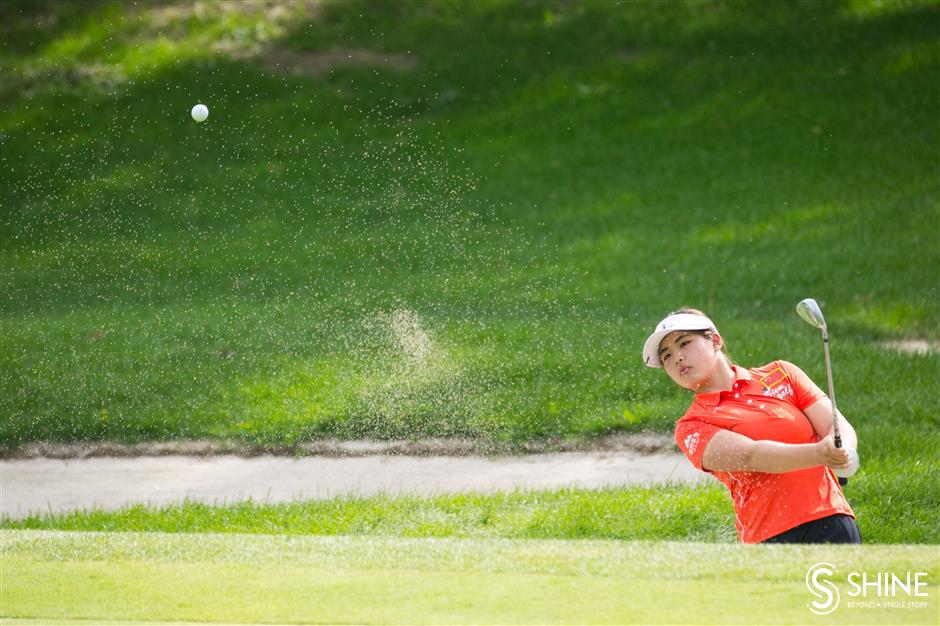 Nao Honda is among 31 Japanese competing this week. The 25-year-old played in China last year and finished equal third at the Golf Liquor Zhuhai Golden Gulf Challenge but it wasn’t enough to keep her playing card as she made only three cuts in six events.

“China is close to my home and I feel at home on this tour,” said the second-year pro from Shizouka. “A lot of Japanese players have come to play on the CLPGA Tour and they played well. This is very attractive for me.”

Among those leaving their amateur days behind to turn pro is Lv Tian. The 17-year-old Jilin native comes into Hainan with a hot hand after winning last month’s China Amateur Open by a commanding six strokes.

“I was very happy to win the China Amateur Open. It was a perfect ending for my 2019 season. Winning just proved that I played well that week, but didn’t prove anything else,” said the teenager. “This week, I will keep a positive attitude to play every par well. I want to play more professional events to improve my skills in 2020 so I have come to the CLPGA Q-School.”

Yin Ruoning, who was equal runner-up to Lv in Guangdong, is also in the field. The 18-year-old Shanghai native, who plays out of Lake Malaren Golf Club, won seven championships last year.

Players finishing 31st to 40th this week will receive entry into a limited amount of tournaments for the 2020 season.