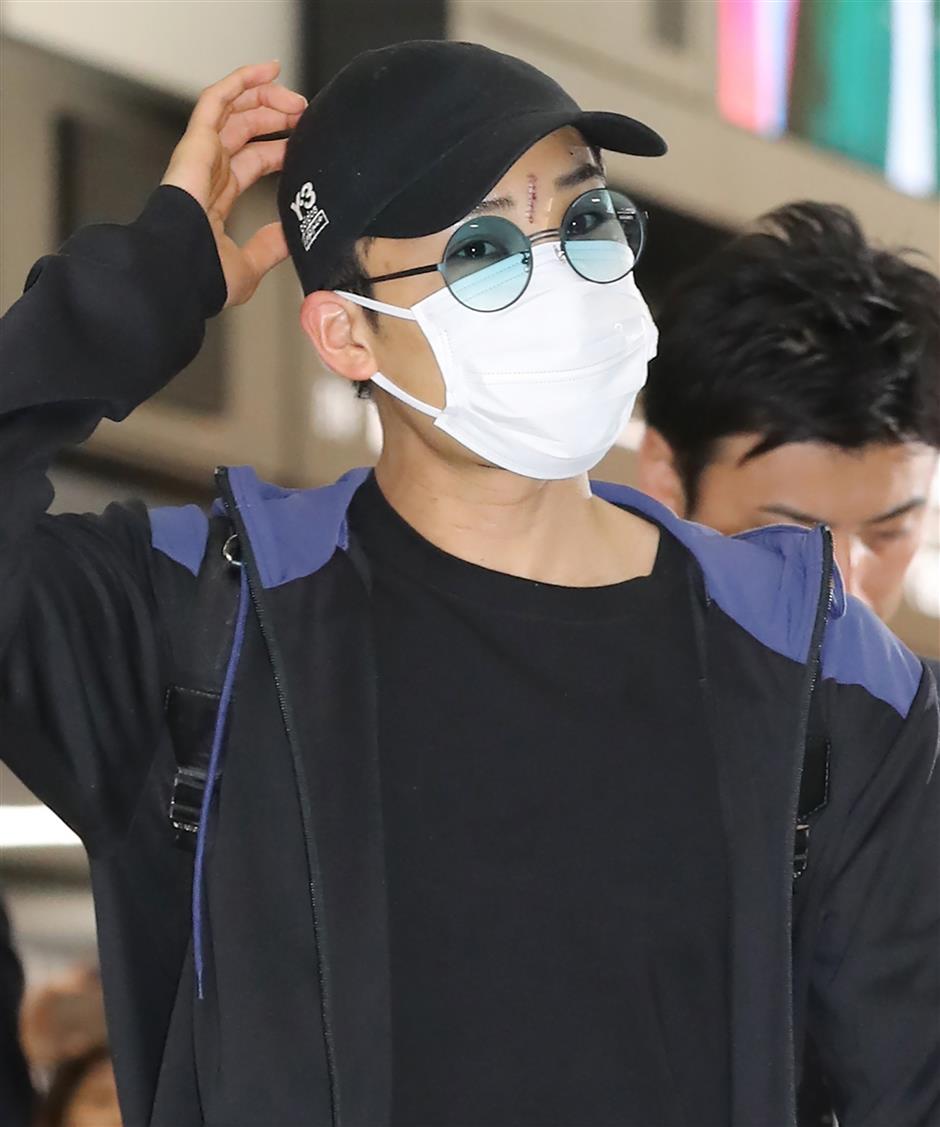 Japanese badminton player Kento Momota arrives at Narita Airport in Chiba prefecture on Wednesday. The world No. 1 was earlier released from a Malaysian hospital following a car crash that killed his driver and left him with minor injuries.

Badminton world No. 1 Kento Momota arrived in Japan on Wednesday after being released from a Malaysian hospital following a car crash that killed his driver and left him with minor injuries.

The 25-year-old Japanese, who walked past waiting journalists without making a statement, faces two months out after suffering cuts to his face and multiple bruises when the vehicle carrying him to Kuala Lumpur International Airport crashed in the early hours of Monday.

Earlier on Wednesday, he was discharged from hospital in Malaysia, and boarded a plane wearing a dark cap and face mask.

An assistant coach, physiotherapist, and badminton official also suffered minor injuries in the highway crash, seen as a blow to Momota's preparations for this year's Tokyo Olympics where he will attempt to win gold on home soil to complete a full set of major titles.

The accident occurred just hours after he began his 2020 season in style on Sunday with victory over Denmark's Viktor Axelsen in Kuala Lumpur. Momota had been in Putrajaya Hospital outside the capital Kuala Lumpur since Monday.

He will now aim to return to action at the All England Championships on March 11, the secretary general of Japan's Badminton Association Kinji Zeniya said on Tuesday.

Momota, who won a record 11 titles last year, had "extraordinary enthusiasm towards the Olympics" this year in Tokyo, added Zeniya, but urged the gold medal favorite to take time to recuperate fully.

"I hope he will do his best without pushing and rushing himself too hard and without being impatient," said Zeniya.

The driver was killed at the scene while Momota received cuts to his face and bruising all over his body, Zeniya said, denying previous reports that he had broken his nose and chin.

Momota, currently the best player on the planet, enjoyed unrivalled success in 2019, with his title haul including the world championship, the Asia Championship and the All England Championship — a dramatic turnaround for a player who had been banned for gambling in 2016.