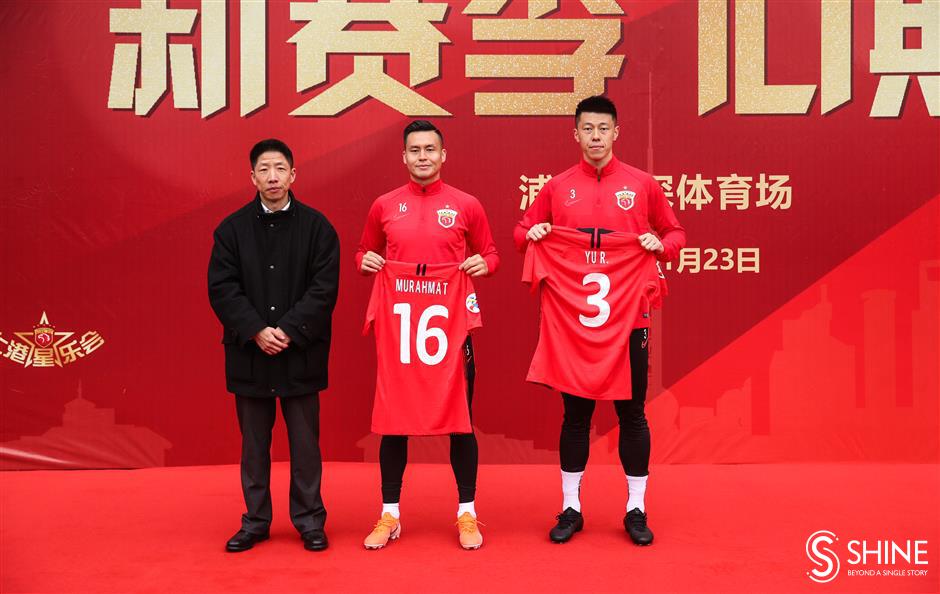 "I want to welcome the new members of our family," said SIPG head coach Vitor Pereira. "Both of them have good ability and personality."

The two players are expected to help boost SIPG's defense. They joined their teammates for an open training session at Yuanshen Stadium after a brief meeting with fans on Thursday morning.

The CSL champion in 2018, SIPG finished third in the CSL last year, behind champion Guangzhou Evergrande and runner-up Beijing Guoan. General manager Zhang Min has not set any specific targets for the club in the new season, but expressed his wish to see the team achieve higher goals.

"China's football is experiencing a difficult time. Every club has the responsibility to work hard and make a contribution," said Zhang. "I also want to thank the city and district governments, and Yuanshen Stadium for getting the venue ready for us in such a short time."

SIPG's former home ground Shanghai Stadium is to be closed for a while due to ongoing construction of the Xujiahui Sports Park. The club will play at Yuanshen before moving to the new Pudong Football Stadium which is expected to be put into use in 2021. 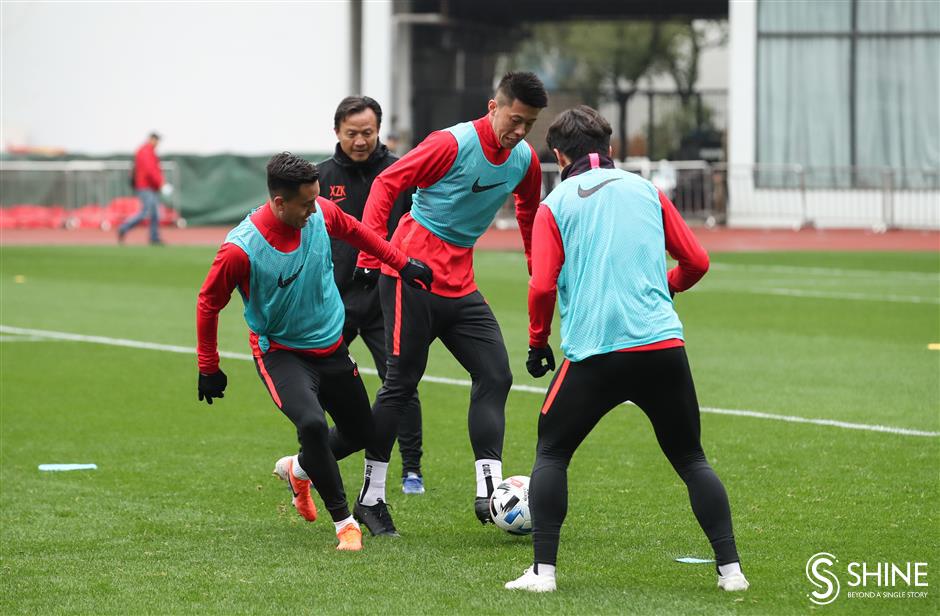