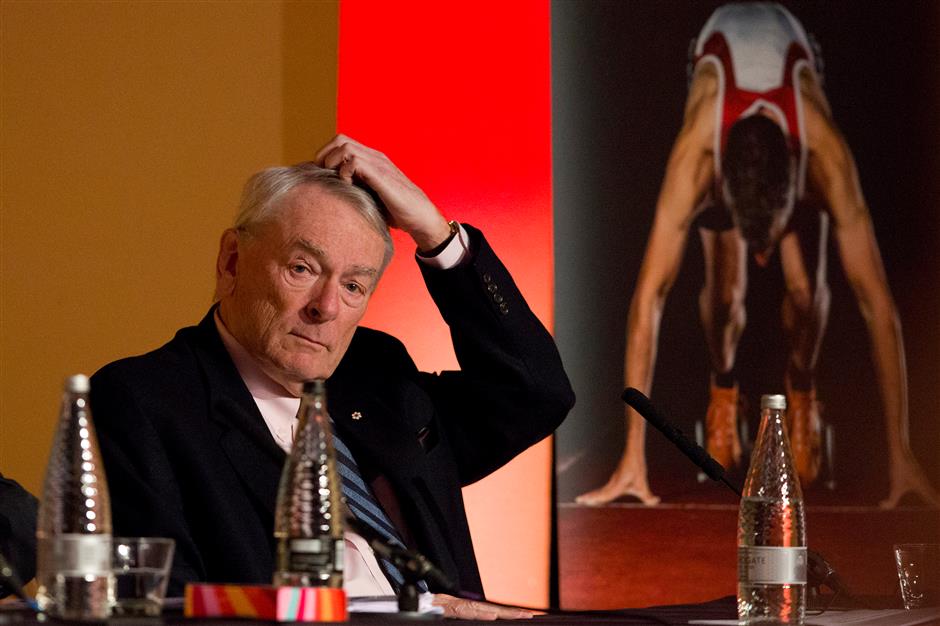 In this file photo taken on March 9, 2016, former President of the World Anti-Doping Agency, Dick Pound, attends a Tackling Doping in Sport 2016 conference in London.

Senior International Olympic Committee official Dick Pound said on Monday a postponement of this year's Tokyo Olympics is now inevitable as the world reels from the coronavirus pandemic.

The IOC said on Sunday the body would wait four more weeks before announcing its decision on the fate of the July 24-August 9 Games, amid mounting calls for them to be rescheduled.

Pound however believes the IOC — which ruled out a cancelation of the Games — is now laying the groundwork for a postponement.

"My interpretation of the IOC's communications is they don't want to cancel, and they don't think they can continue with the July 24 date," Pound told AFP. "So you're looking at the 'P' word — postponement.

"They're going to explore options with the Japanese of course, and then there all kinds of stakeholders — international federations, NOCs, athletes.

"And then in four weeks they're going to try and come out with a plan B and make it as specific as they can make it in that time period."

An IOC spokeperson did not respond directly to the substance of Pound's remarks, saying only in a statement: "It's the right of every IOC member to interpret the decision of the IOC EB (Executive Board) which was announced yesterday."

Pound, who is Canadian, said the "astonishing" spread of COVID-19 across the globe left the IOC with no other choice.

"This is not something that's going to clear up by July 24," Pound said.

"And this thing isn't going to go away by September or October. A lot of the biggest countries in the world are just about overwhelmed, and it's just starting to take root in Africa. It's a no-go in my view."

A one-year postponement to 2021 remained the most likely option, Pound added.

"I think the one-year postponement is the most feasible because it gives you the most time to organize," he said.

A number of Olympic committees and sports federations have already indicated unwillingness to participate in Tokyo if the games are held in July as planned.

On Sunday the Canadian Olympic Committee became the first national Olympic committee to declare they would not participate if the Games took place in July.

In the United States, both the governing bodies of track and field and swimming have called for the Games to be postponed.