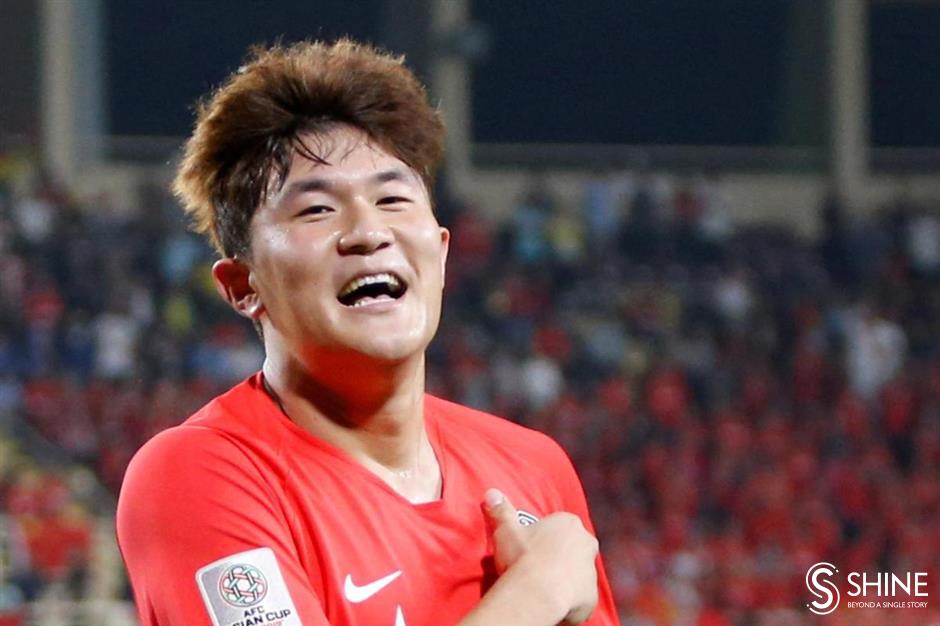 The central defender, who was linked with Watford before moving to the Chinese Super League last year, was at the center of controversy in China following the comments to Korean television.

The strapping 23-year-old, nicknamed "Monster", said that he was often "exhausted" by having to make up for the defensive deficiencies of his teammates.

Kim also said that he did not know the name of Beijing's coach, the Frenchman Bruno Genesio.

The remarks, which went viral on Chinese social media, were taken as a general criticism of the quality of Chinese football and were roundly condemned.

Kim feels that he is the victim of selective editing during the recent interview, media say, but that is unlikely to be the end of the matter.

"Although he is in South Korea, Kim Min-jae understands the negative impact of this matter and realizes that he made a mistake," the Youth Daily said.

"On the morning of May 5 (Tuesday), he sent a written apology to the club through an interpreter.

"He will also speak to his teammates to resolve possible misunderstandings and is willing to accept all penalties from the club."

Kim, who has 30 caps for South Korea and was reportedly on English Premier League Watford's radar before moving to Beijing, will "definitely be punished severely", the Youth Daily said.

The February 22 start of the new CSL season was indefinitely postponed in January because of the coronavirus pandemic.

The campaign could now begin in late June or early July.