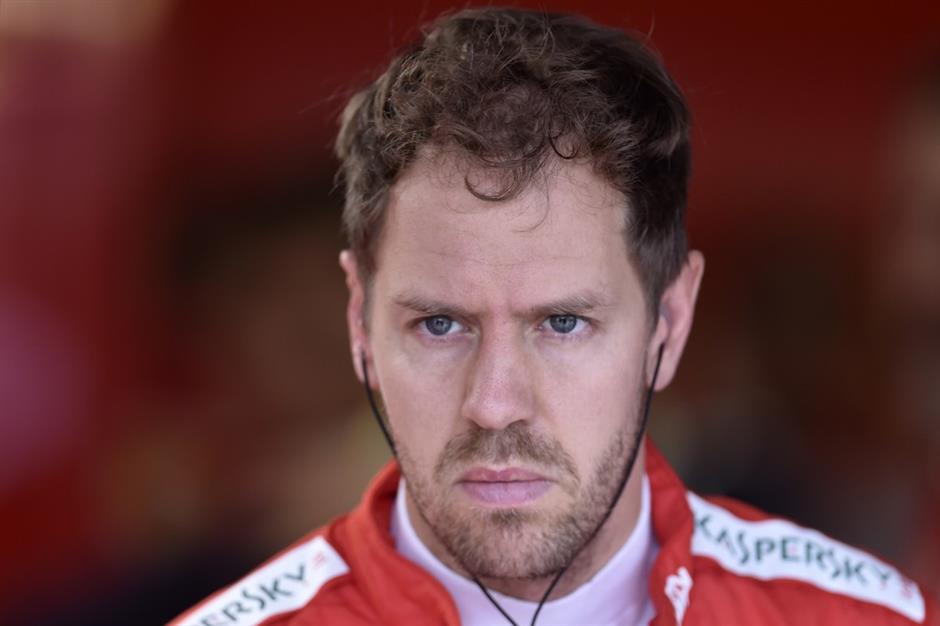 In this file photo taken on November 16, 2019 Ferrari's German driver Sebastian Vettel is pictured during the third free practice session at the Interlagos racetrack in Sao Paulo, on the eve of the Formula One Brazilian Grand Prix. Vettel will leave Ferrari at the end of the 2020 season, AFP reports on May 12, 2020.

Four-time Formula One world champion Sebastian Vettel on Tuesday announced his dramatic departure from Ferrari at the end of the season, saying there was no "common desire" to work together any more.

The team named no replacement for the German, who dominated F1 with Red Bull before switching to the Italian marque in 2015.

Vettel said his shock exit from one of the dream drives on the grid was a "joint decision".

"My relationship with Scuderia Ferrari will finish at the end of 2020," the 32-year-old said in a statement from the team.

"In order to get the best possible results in this sport, it's vital for all parties to work in perfect harmony.

"The team and I have realised that there is no longer a common desire to stay together beyond the end of this season."

Vettel, who has won 14 races with Ferrari and 53 overall in his career, insisted financial considerations played no role in his decision.

Yet it has been widely reported that after being outpaced by 22-year-old teammate Charles Leclerc in 2019, Ferrari had offered Vettel only a one-year contract extension at a significantly reduced salary.

He said he would "reflect on what really matters when it comes to my future".

Under pressure from Leclerc

Team principal Mattia Binotto said Vettel's departure was "a decision taken jointly by ourselves and Sebastian, one which both parties feel is for the best".

"It was not an easy decision to reach, given Sebastian's worth as a driver and as a person," Binotto added.

"There was no specific reason that led to this decision, apart from the common and amicable belief that the time had come to go our separate ways in order to reach our respective objectives."

Vettel's departure will spark intense speculation about his replacement, with reigning world champion Lewis Hamilton among the drivers previously linked with a move to Maranello.

The Briton has indicated however he will be staying at Mercedes.

Last month Hamilton told his Instagram followers: "There is no dream of another team. I am with my dream team.

"There's not a thing in my way, as I'm not trying to move. I'm with the people who have cared from day one."

Aside from the all-conquering Briton, who is targeting Michael Schumacher's record of seven world titles, other names tipped to take over from Vettel are McLaren driver Carlos Sainz and Daniel Ricciardo.

The Australian is in the last of a lucrative two-year contract with Renault.

Asked about the possibility of replacing Vettel, the Italian-speaking, Perth-born Ricciardo told AFP in February: "To be honest, I'm obviously answering all calls."

Ricciardo would be a popular choice among Ferrari's legion of fans, as would Antonio Giovinazzi, in his second season with Alfa Romeo.

Vettel, like his predecessor Fernando Alonso, has been unable to bring home the drivers' title for Ferrari with Kimi Raikkonen the team's last champion in 2007.

Last year Vettel was time and again put in the shade by Leclerc, the prodigious talent who is 10 years his junior and entering his second season with Ferrari.

The driver from Monaco claimed seven poles in his maiden season at Maranello, winning twice including an emotional triumph at Monza.

Leclerc, who in December extended his contract until 2024, told Vettel: "It's been a huge honour for me to be your teammate. We've had some tense moments on tracks.

"Some very good ones and some others that didn't end as we both wanted, but there was always respect, even though it wasn't perceived this way from the outside.

"I've never learnt so much as I did with you as my team-mate. Thank you for everything Seb."

The coronavirus pandemic has wiped away the start of the 2020 F1 season with 10 races either cancelled or postponed. It hopes to open its season with back-to-back races in Austria on July 5 and 12, behind closed doors.