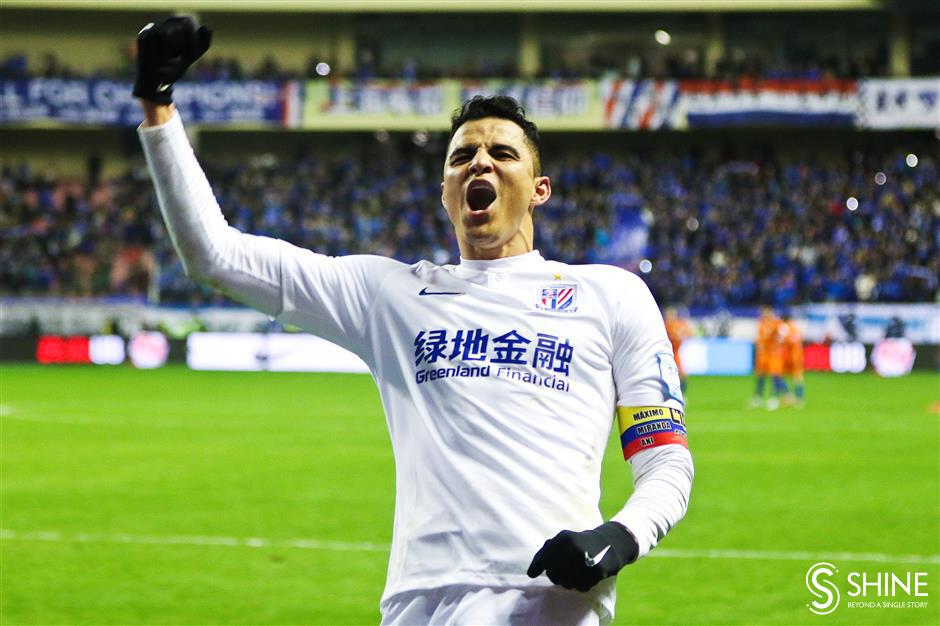 Shanghai Greenland Shenhua captain Giovanni Moreno has become the latest Chinese Super League foreign player to return to the country, although the kickoff date for the top-tier league remains undecided.

The Colombia striker arrived at Pudong International Airport on Monday evening by chartered flight. He will be quarantined for two weeks, according to COVID-19 pandemic protocols, before joining his teammates for training.

Moreno took off on Sunday. His flight reached Los Angeles first for refueling before arriving in Shanghai. To avoid unnecessary contacts, Shenhua did not send club staff to the airport. After taking a nucleic acid test, Moreno was to undergo a 14-day quarantine at a designated hotel.

According to the club, Moreno had initially planned for an earlier return after Colombia lifted border restrictions at the end of April. He thought of flying via Mexico and Tokyo, but couldn’t make the trip as airlines canceled their flights amid the novel coronavirus outbreak.

The 33-year-old has been communicating with Shenhua’s coaching team online and training at home by himself over the past three months.

Shenhua players were back in Shanghai last week from their 10-day training in Suzhou in neighboring Jiangsu Province. The team is still missing its new Cameroon defender Stephane M’Bia, as well as South Korean head coach Choi Kang-hee’s assistants.

According to earlier reports, the 2020 CSL was expected to kickoff in the latter part of July. The Chinese Football Association sent a team to Shanghai and Guangzhou — the two tentative host cities — at the beginning of this month to inspect venues.

However, the plan was reported to have been turned down by the country’s sports administration as it doesn’t favor the idea of organizing CSL matches in first-tier cities due to safety concerns.

The CFA is reported to be working on alternative plans for the league matches, which might be held in one city. The major difficulty is that it’s not easy for the association to find a non-top-tier city that has adequate venues, training grounds and organizing ability to meet the needs of all the 16 CSL teams.

According to Beijing Youth Daily, CFA officials have been in communication with their Chinese Basketball Association national league counterparts, including association president Yao Ming, about the resumption preparation for the league. But the return of the CSL would be much more complicated compared to the CBA, which resumed its suspended league on Saturday.

The change in the league format would be another issue for the CFA to tackle, taking into account the AFC Champions League and the 2022 World Cup preliminary round match schedules.