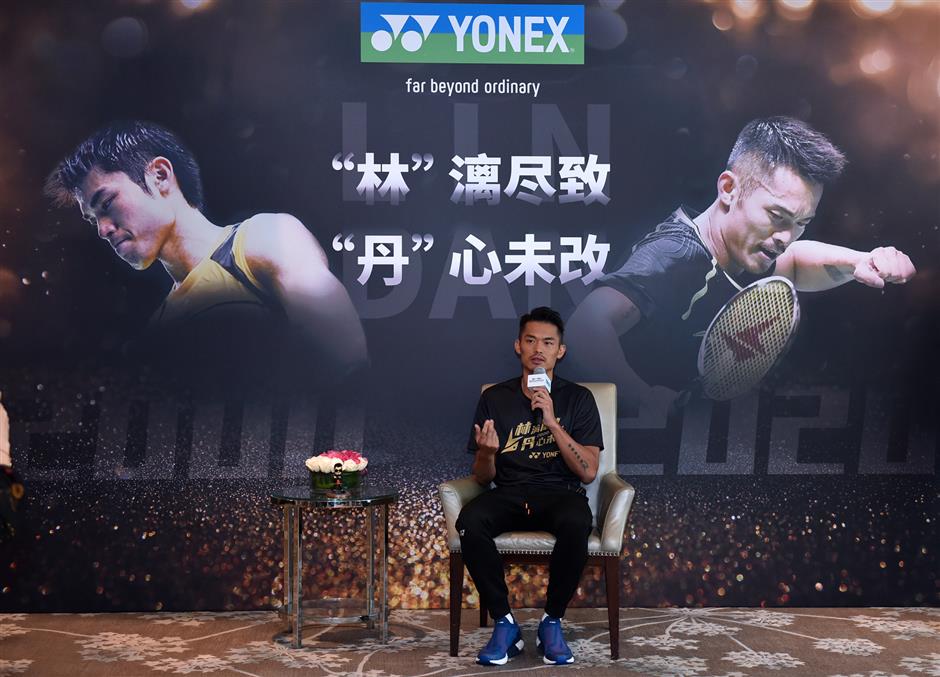 Lin Dan made his first public appearance in Shanghai on Thursday after announcing his international retirement last Saturday.

Lin Dan said he felt relieved after announcing his international retirement but hinted that he could take part in next year's National Games, if his physical condition allows.

The two-time Olympic champion made his first public appearance in Shanghai on Thursday after making his retirement announcement through Weibo five days earlier.

"Age and injuries no longer allow me to take part in competitions with my best form," the 36-year-old said during an event for his long-term sponsor Yonex . "Being an athlete is just one stage of life. I'm ready to enter the next stage."

As one of China's most successful and best-known athletes, “Super Dan” has collected two Olympic gold medals, five world championship titles, two World Cup golds and has been crowned five times at Sudirman Cup and six times at Thomas Cup, both team events.

He was initially aiming for the 2020 Tokyo Olympics, which got postponed by the COVID-19 pandemic to next year. The 2020 All England Open in March was his last international tournament. The Chinese star is a six-time winner of the Birmingham tournament over the past two decades.

"I'm very proud of my 20-year national team career," said Lin. "Not every athlete can play for the national team for 20 years. There have been successes, failures, praise, criticism and encouragements. All these experiences can prepare me for the next stage of my life." 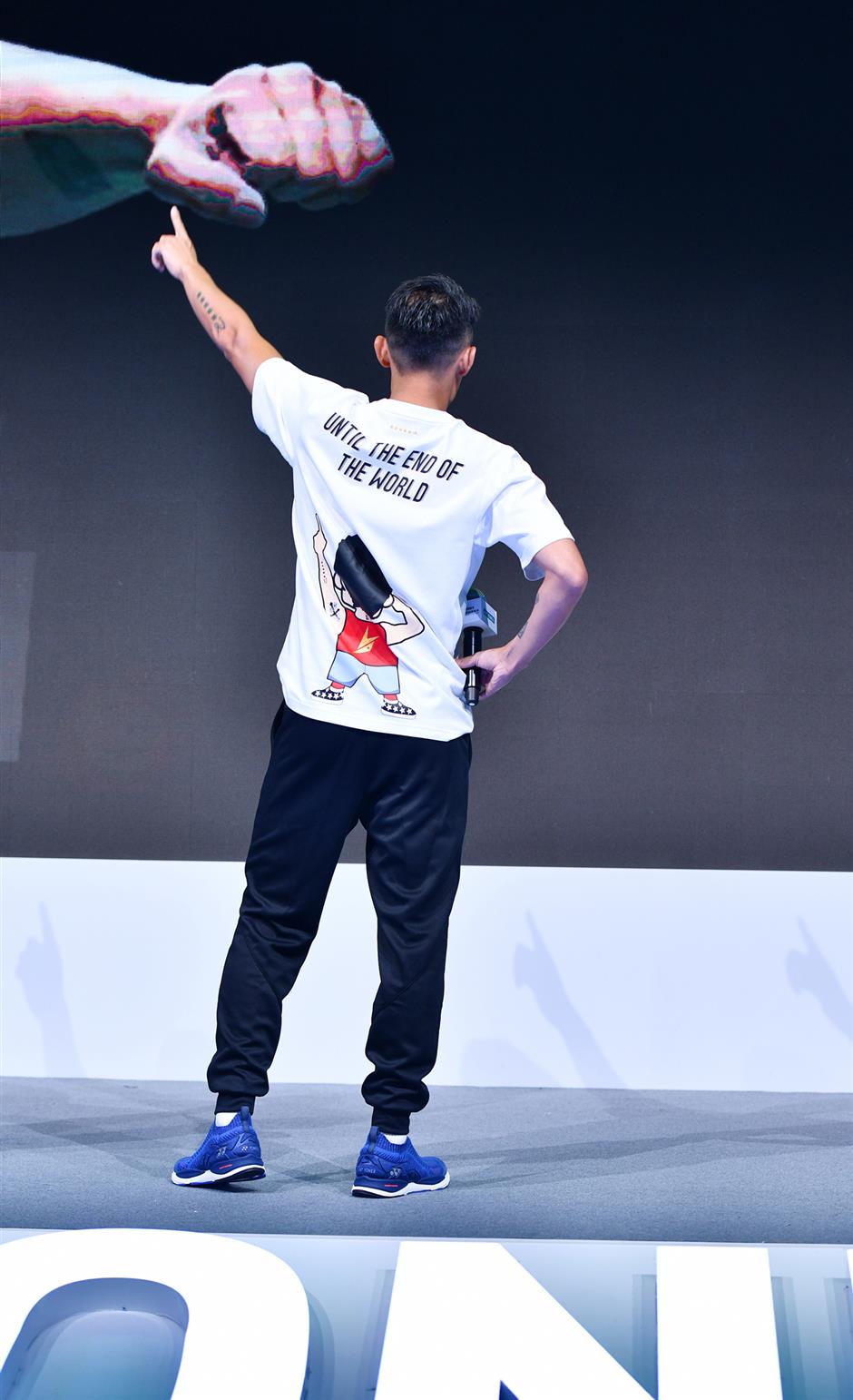 Lin Dan showcases a T-shirt designed by his wife Xie Xingfang, who also used to be a national badminton player.

The left-hander said that retiring was not an easy decision to make.

"It cannot say it was a pity. But 20 years can really give you a complicated feeling. The moment I posted the announcement, I felt so relieved."

Lin said he hasn't made much plans for the future, though his appearance for Yonex's latest event means the badminton icon will continue to be recognized for his commercial value.

"I have been spending time with my son recently. It’s a joy to accompany him as he grows up,” said Lin, who is married to another former national shuttler Xie Xingfang.

When asked whether he could consider becoming a national team coach, Lin joked that there doesn’t seem to be any vacancy for him — at the moment.

“I just want to see the emergence of more new Chinese faces on the international stage. I hope the young athletes can cherish their dreams and look for a longer career,” he said.

Badminton fans might still be able to watch their idol play in domestic competitions, however.

"I have taken part in five National Games already. If I haven’t grown fat by next year, I will probably participate again," Lin conceded.