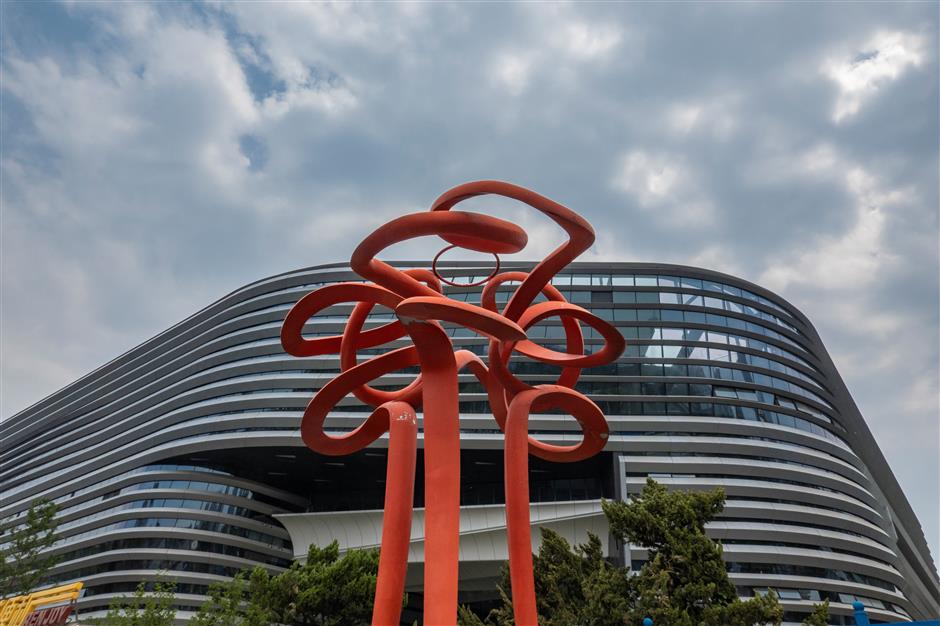 The National Speed Skating Hall is seen on May 29.

The Beijing competition zone for the 2022 Winter Olympic Games will be ready for hosting events by the end of 2020, the Beijing Office for Major Projects Construction confirmed on Friday.

With a total of 22 construction projects, the Beijing competition zone will host all the ice competitions during the 2022 Olympic and Paralympic Winter Games.

The Shougang Ski Jumping Platform, located next to the Beijing 2022 headquarters in the west of the Chinese capital, was completed in October 2019 and has already staged international events. The National Aquatics Center, known as the "Water Cube", has been transformed into the "Ice Cube" with a transferable ice rink.

According to the Beijing Office for Major Projects Construction, 16 other projects are still under construction in the Beijing competition zone. The newly built National Speed Skating Hall, and the renovated Wukesong Gymnasium are expected to be completed in October this year.

The National Stadium, nicknamed as the "Bird's Nest" which will stage the opening and closing ceremonies of the Beijing Winter Olympic Games, will be renovated next year.

The China National Convention Center, which will serve as the Main Press Center and International Broadcasting Center for Beijing 2022, will be delivered to the Beijing Organizing Committee next year.

The Olympic reception center and the Awards Plaza, which are both temporary facilities, are scheduled to be completed in 2021.