Djokovic confirms his participation in US Open 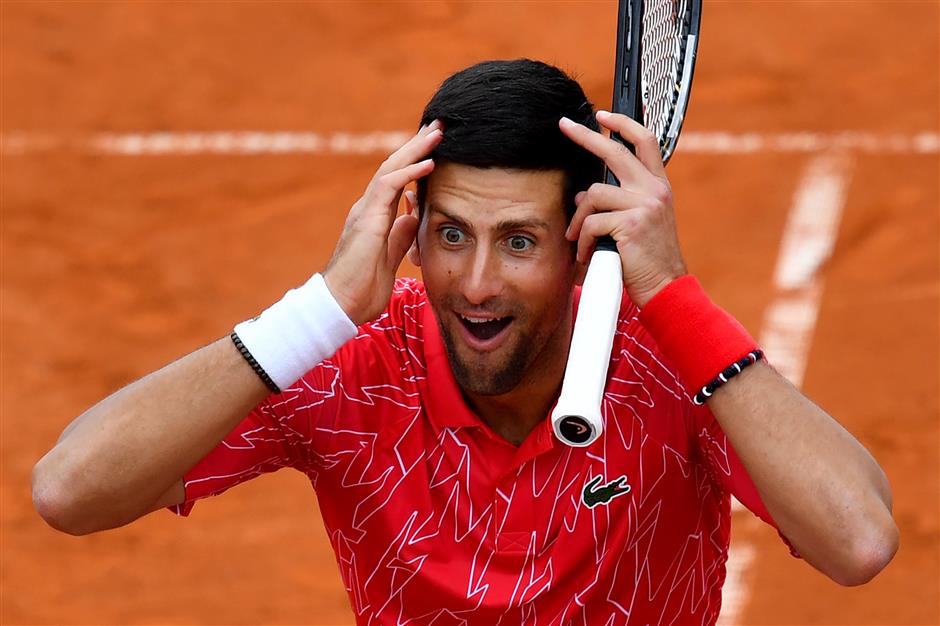 In this file photo Serbia's Novak Djokovic reacts as he takes part in tennis match during a charity exhibition hosted by him in Belgrade on June 12, 2020.

World No.1 Novak Djokovic of Serbia confirmed on Thursday that he will return to New York this month for the Western & Southern Open and US Open.

"I am happy to confirm that I will participate at the Western & Southern Open and US Open this year. It was not an easy decision to make with all the obstacles and challenges on many sides, but the prospect of competing again makes me really excited," Djokovic said in a statement.

"I am ready to get back on court fully committed to playing my best tennis. I respect and appreciate everyone taking time, effort, and energy to organize these two events for the tennis players to be able to go back to their working field."

The US Open is scheduled to begin on August 31 without spectators. Before that, the Western & Southern Open, normally held in Cincinnati, will also be played at the Billie Jean King National Tennis Center in Flushing Meadows.

"During my career, I have played some of my best matches at the USTA Billie Jean King National Tennis Center," Djokovic said. "I am aware that this time around it will be very different with all the protocols and safety measures that are put in place to protect players and the people of New York. Nevertheless, I have trained hard with my team and got my body in shape so that I am ready to adapt to new conditions," the three-time US Open champion said.

In June, Djokovic and his wife tested positive for the COVID-19 during an exhibition tennis tour he organized. Some other players were also infected while playing the exhibition tour.