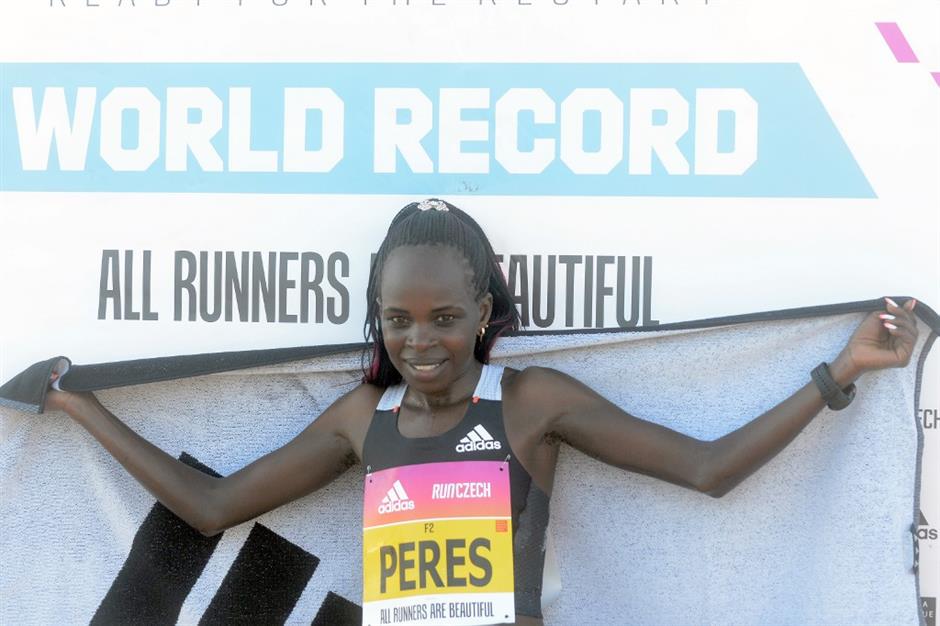 Kenya's Peres Jepchirchir set a new women-only half marathon world record time of one hour, five minutes and 34 seconds in Prague on Saturday.

Jepchirchir broke away from the pack after seven kilometres and ran solo to the finishing line, beating the previous record of 1:06:11 by Ethiopia's Netsanet Gudeta in 2018.

"It's difficult to run alone. If I had a pacemaker I would run 64 (minutes)," she said.

Jepchirchir's time was more than a minute off the women's world half marathon record of 1:04:31, set by Ethiopia's Ababel Yeshaneh in February in a mixed men and women race.

Her compatriot Kibiwott Kandie then set a world-leading half marathon time of 58:37 in the men's race.

Kandie also spent most of the race on his own on the 1.3-kilometre circuit in a park in Prague's broader centre.

Saturday's event was for elite athletes only. Prague scrapped its half-marathon and marathon weekends in the spring because of the coronavirus pandemic.