The updated emblem for the Beijing 2022 Paralympic Winter Games was released on Saturday to match the new Paralympic symbol that was refreshed in October 2019.

After consultation with the International Paralympic Committee (IPC), Beijing 2022 redrew and recolored its Paralympics emblem "Flying High" to keep in line with the new Paralympic symbol "Agitos", and the words "PARALYMPIC GAMES" were removed from the original design. 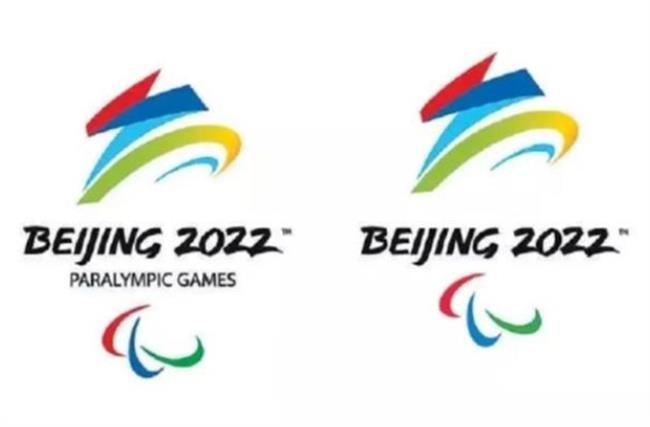 Lin, who now works for the Culture and Ceremonies Department of the Beijing 2022 organizing committee, emphasized that the removal of the words "PARALYMPIC GAMES" is a big step for the Games.

The words had appeared on the majority of Paralympic Games and Winter Games iconography, but similar illustrations were seldom seen on their Olympic counterparts.

"The two words were first added to the emblem to make sure people understands it represents the Paralympic Games. The IPC was concerned whether Chinese people knew its meaning if they were removed," explained Lin, who was worried by the difference between the two emblems when placed together.

A survey by the organizers finally convinced the IPC. Results showed 90 percent of those surveyed could tell the emblem was for the Paralympic Winter Games without the illustration.

"It has been nearly 20 years since Beijing won the bid for the 2008 Games. Chinese people have developed a deep understanding about the Olympic and Paralympic Games and Winter Games over these two decades," Lin said.

"After removing the two words, the emblem becomes simpler, which makes it more applicable on designs including apparel and licensed products," she added.

According to Lin, the IPC allowed a transition period of four years after the new Agitos symbol was released, and Beijing 2022 will try to finish its own work by the end of 2021.

"Two years should be enough to re-produce the materials. For large, three-dimensional materials that are hard to change, we will stay with the old emblem. At least we hope there won't be two different Paralympic Games emblems in the venues," Lin explained.

No "PARALYMPIC GAMES" appeared on the sole emblem for Paris 2024 or the ever-changing logo for Los Angeles 2028 launched earlier this month.