New signing Mooy to join up with SIPG squad in Suzhou

Shanghai SIPG'S newly-signed midfielder Aaron Mooy has completed his quarantine and will join his new teammates in Suzhou, neighboring Jiangsu Province, on Thursday.

The Australian international joined the Chinese Super League side from English Premier League team Brighton and Hove Albion, and was granted the No. 19 jersey by club president Zhang Min at the SIPG's training base in Pudong's Century Park on Wednesday afternoon.

According to Zhang, Mooy completed his mandatory quarantine on Wednesday morning. He then underwent some further medical tests before meeting fans at Century Park. Mooy is heading to Suzhou — one of the two bubbles in which the CSL season is being played, the other being Dalian, northwest Liaoning Province — on Thursday to start his journey in China. SIPG, which leads Group B, will take on Qingdao Huanghai on Thursday evening.

"I'm very excited about the new challenge in my life," said the 30-year-old. "Some friends of mine have played in Chinese leagues before, and they have said great things about China. I can't wait to train with the team and help the club reach its goal for the season."

Mooy said he has been watching CSL matches during quarantine, and hopes to fit in with his new team as quickly as possible.

"The Chinese league is trying to grow, much like the Australian league. It's a big club that I'm joining. The team wants to play attractive football. As a midfielder, I'd like to get involved in passing, tackling, as much as possible... My personal goal is to win titles with the team."

Born in Sydney, Mooy played youth football for the New South Wales Institute of Sport before moving to England's Bolton Wanderers. Signing for Manchester City in 2016, he was immediately loaned to Huddersfield Town and helped the club to promotion to the EPL. He joined Huddersfield in June 2017, and was signed permanently by Brighton in January 2020 before coming to Shanghai on a deal reported to be worth 5.5 million euros (US$6.48 million).

Mooy has 42 caps for Australia since his debut with the national team in 2012.

At SIPG, he will replace another Asian midfielder Odil Akhmedov, with the 33-year-old Uzbekistan captain tipped to join CSL rival Tianjin Teda. 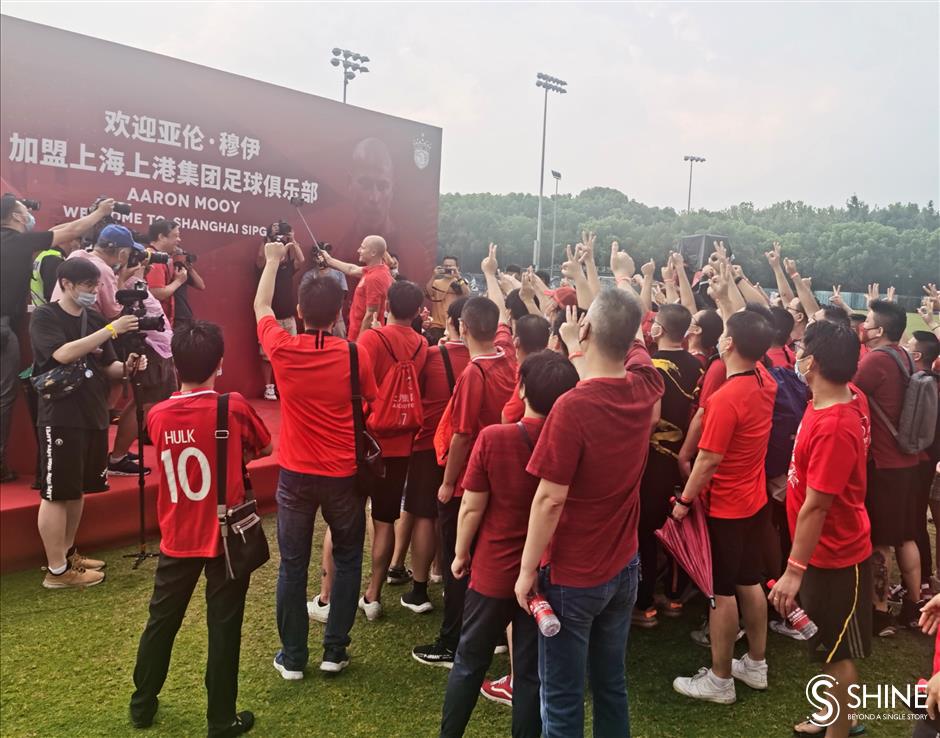