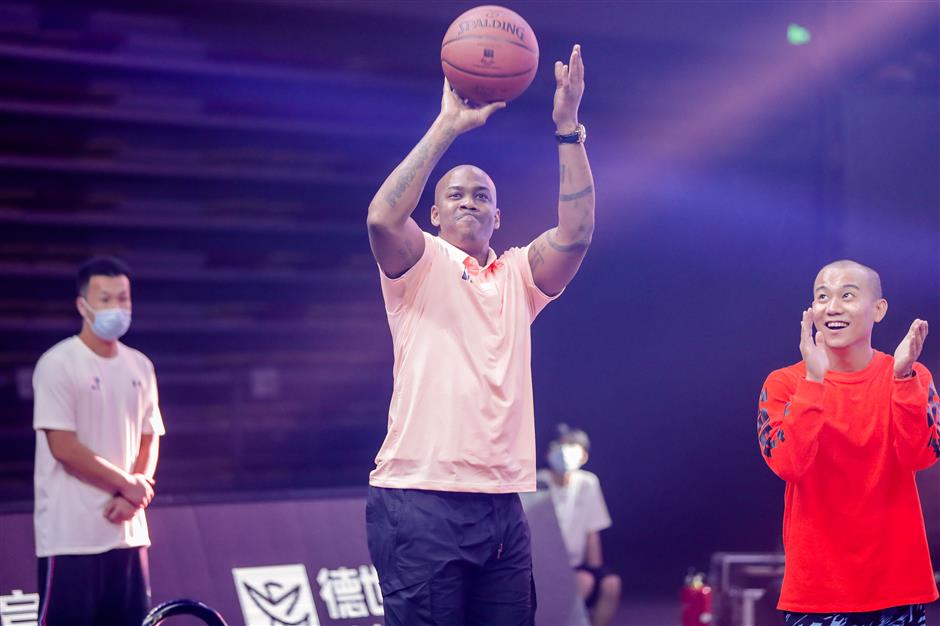 Beijing Beikong Flying Dragons head coach Stephon Marbury shows off his basketball skills at the NBA 3X finals, which tipped off at the Jing’an Sports Center in Shanghai over the weekend.

The former National Basketball Association player is in Shanghai as a guest of the NBA 3X finals, which kicked off at the Jing’an Sports Center over the weekend.

“By playing and coaching basketball in China, I hope to become an ambassador for Sino-US friendship, just like Yao Ming, when he was playing in the NBA,” said Marbury. Shanghai native and China legend Yao played for the Houston Rockets, making his debut for the club in October 2002 after being chosen as the overall first pick in the 2002 NBA Draft.

“Hopefully one day I can also help the Chinese national team players grow by becoming their coach. I know what they need,” the American added.

The six-time Chinese Basketball Association all-star has gained great popularity with Chinese fans since joining the league in 2010. He won three CBA championships with the Beijing Ducks in 2012, 2014 and 2015.

Marbury then joined another Beijing side Beikong in 2017, and retired at the end of the 2017-18 season. Last June, he was named head coach of Beikong, a team that sat at the bottom of the CBA standing in the 2018-19 season.

Marbury made big adjustments to the squad as the team advanced to the playoffs in the 2019-20 season before being eliminated by Xinjiang in the quarterfinals. Beikong eventually placed seventh in the 20-team league.

The 43-year-old has his own coaching theory – Don’t judge a team’s performance by the result, but players' attitude and level of concentration.

He left Beijing in January during the Spring Festival holiday, and came back to China as early as in March to be with his team though the league didn’t resume until June amid the novel coronavirus outbreak. 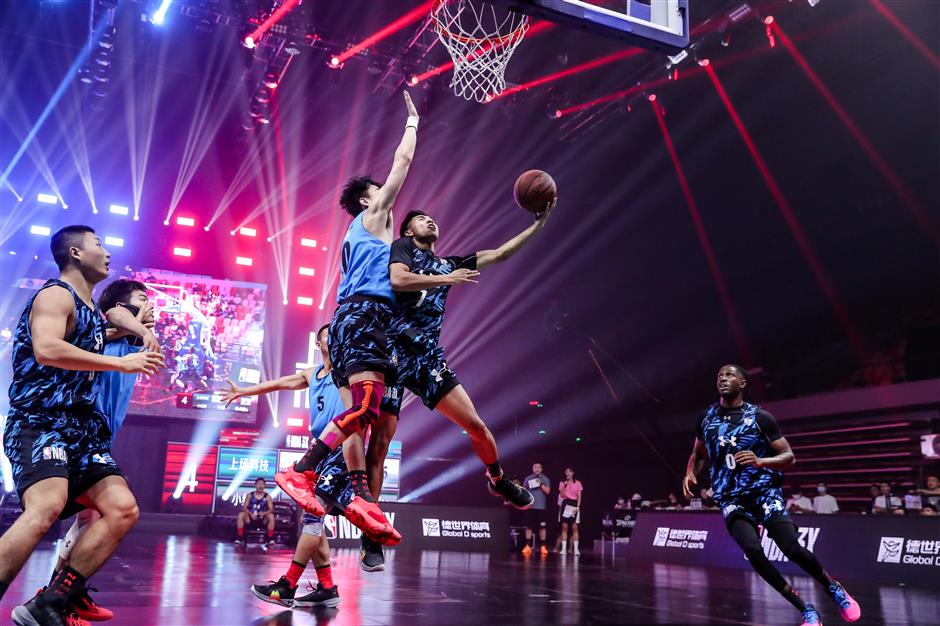 Players from Xiamen and Changsha in action during the NBA 3X finals in Shanghai.

At the Shanghai event, Marbury exchanged ball skills with Chinese amateur players during an interaction session.

“We play 3x3 basketball in training, too, which helps in practicing attacking patterns” he said. “I suggest that young players who don’t get a chance to play in the CBA or CUBA (Chinese University Basketball Association) can try to play in 3x3 competitions, which is another good platform to present themselves.”

This year’s NBA 3X tournament started on August 22, getting hundreds of amateur teams around the country involved. The eight best city teams have gathered in Shanghai for the finals, and the championship match will be played on October 7 at Pudong’s Mercedes-Benz Arena.