Kids have fun in riverside run along Huangpu 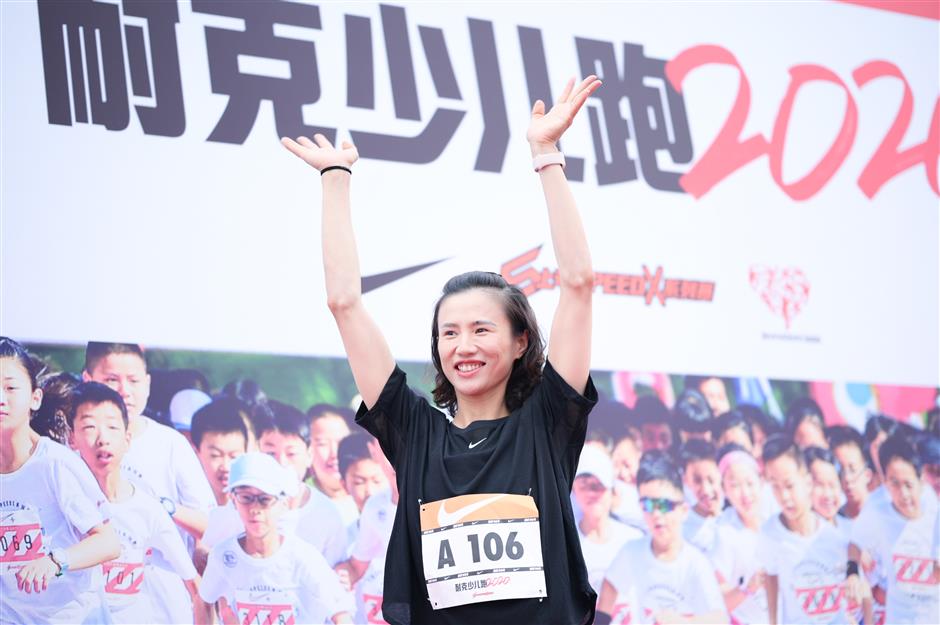 Olympic sailing champion Xu Lijia joined the young runners before firing the starting gun for the 2020 Nike Kids Run in Huangpu District over the weekend.

The 2020 Nike Kids Run was held at the riverside area in Huangpu District over the weekend, bringing together 500 children aged between 9 and 12 years.

Each runner was accompanied by one family member. Olympic sailing champion Xu Lijia fired the starting gun for the event and joined the young runners for the whole race. The 3.5-kilometer route covered Longhua Road E, Miaojiang Road, Bansongyuan Road and Waima Road.

The organizers followed strict anti-coronavirus regulations to ensure the safety of the young participants, who were required to wear masks both before and after the race. Some 250 volunteers and 18 pacers were on hand.

Among the runners were 20 medical staff who had been sent to Wuhan, central China's Hubei Province, to join the nation's fight against the novel coronavirus at the height of the COVID-19 pandemic. They were invited to the event along with their children.

Stretching and gaming areas were set up at the finish line to allow the young runners to relax and interact with their parents.

As a Shangma SpeedX Series event, the competition was jointly held by the Huangpu District Sports Bureau and Donghao Lansheng Event Management Company, which is also the organizer of the Shanghai International Marathon. 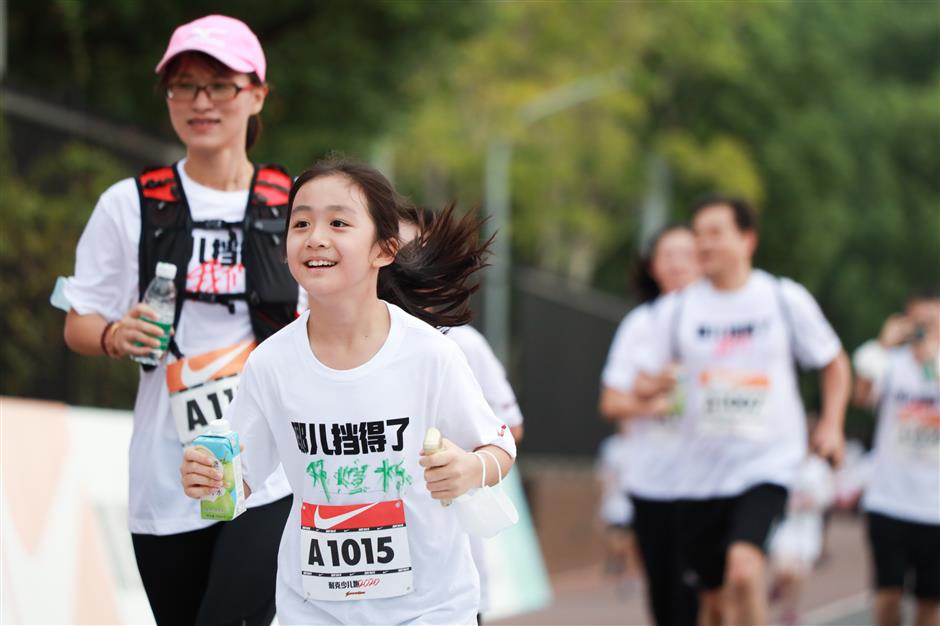 Each young runner was accompanied by one family member during the race.