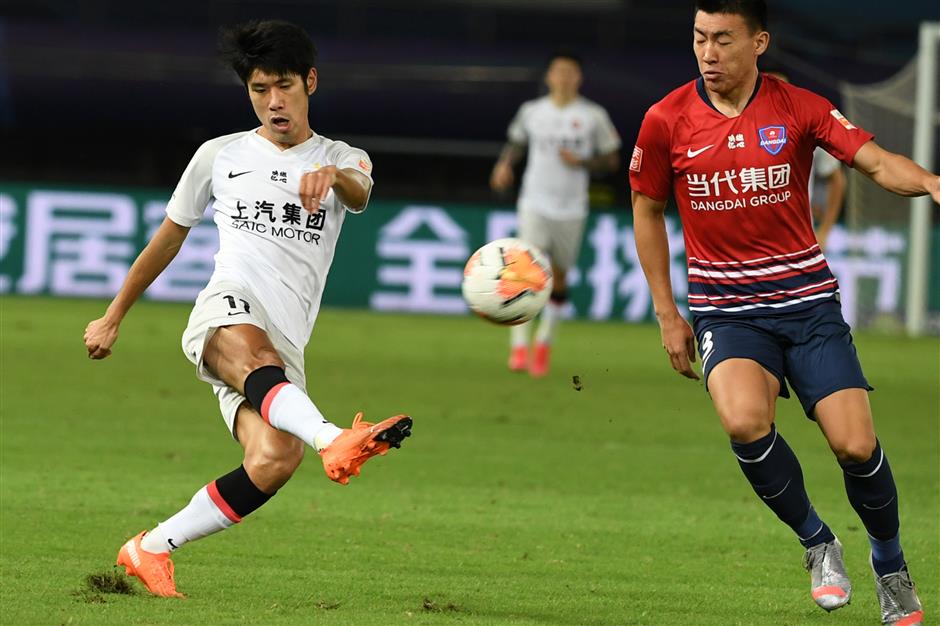 Hebei China Fortune will face defending champion Guangzhou Evergrande in the quarterfinals of the Chinese Super League playoffs next month after two goals from Brazil striker Marcao sealed a 3-1 win over Qingdao Huanghai in Suzhou on Monday.

The victory means Hebei finish in fourth place in Group B of the CSL to set up a meeting over two legs with the eight-time champion, which had confirmed its place at the top of Group A with two rounds remaining, in Dalian, northeastern Liaoning Province.

Marcao gave Hebei the lead with 11 minutes on the clock and Gao Huaze doubled his side’s advantage 14 minutes later.

Qingdao’s Memet-Abdulla Ezimet reduced the deficit in the second half, only for Marcao to strike 10 minutes from fulltime to secure all three points for Hebei.

The win, though, was not enough to take Hebei into third place in the group as Chongqing Lifan held on to that position with a surprise 1-0 win over Shanghai SIPG, which was reduced to 10 men in the 18th minute after Zhang Wei was sent off.

Yuan Mingchen scored the only goal of the game and Chongqing will now face Group A runner-up Jiangsu Suning.

Meanwhile, Fernando scored a pair of long-range strikes as Beijing Guoan beat Shijiazhuang Everbright 4-0 and will take on Shandong Luneng in the next phase of the competition.

Cedric Bakambu and Ba Dun were also on target for Bruno Genesio’s side as Beijing finished four points behind group-topper SIPG.

SIPG, the champion in 2018, had already confirmed its status as the Group B winner and will face cross-city rival Shanghai Greenland Shenhua in the next phase of the competition.

The quarterfinals will be played over two legs, starting from October 16.

Guangzhou, which has won eight of the last nine league titles, had already confirmed its place at the top of Group A with two games remaining. A 1-0 win over Dalian Pro on Sunday ensured Fabio Cannavaro's side finished eight points clear of second-placed Jiangsu.

Jiangsu defeated Shenzhen FC by virtue of Alex Teixeira's first-half penalty to condemn Jordi Cruyff's side to the relegation playoffs. Shenhua notched up a 2-0 win over Henan Jianye that guaranteed Choi Kang-hee's team fourth place in the group and a berth in the championship round.

Shandong Luneng took third in Group A following its scoreless draw with Guangzhou R&F while Tianjin Teda and Wuhan Zall also shared the points in Group B as both failed to find the net.