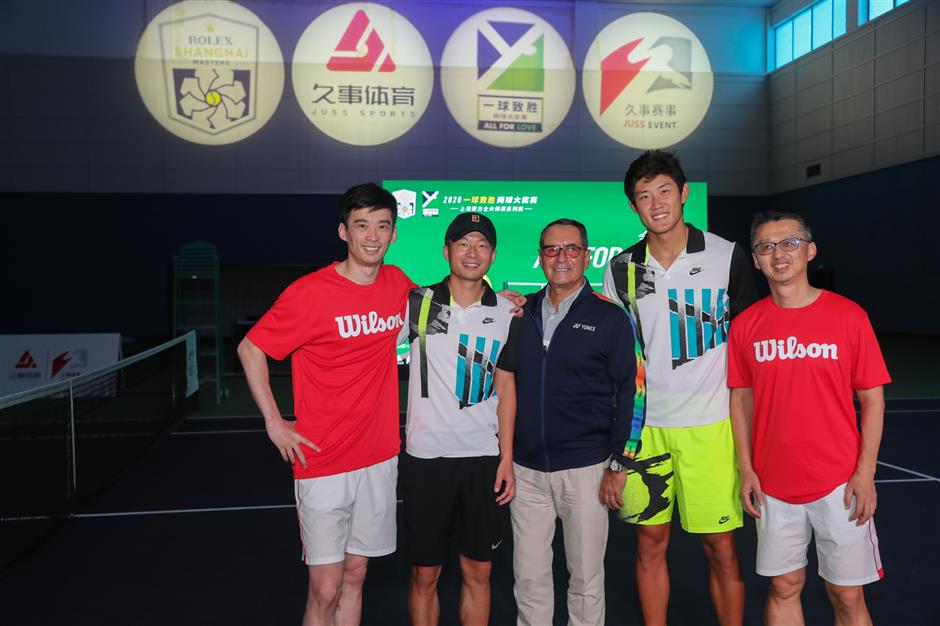 Every point will be a match point — this is what will happen at the One-Point-Win Tournament, a brand new amateur tennis event introduced by Rolex Shanghai Masters organizer Juss Event.

The COVID-19 pandemic had led to the cancellation of most international sports events in China this year, including the Shanghai Masters. The local organizer therefore came up with the new tournament to make up for local tennis fans' loss.

One-Point-Win will be held on November 20-22 at the Masters venue, Qizhong Tennis Center, in Minhang District. It’s open to all amateur players, aged between16 to 60, who don't have registration or match records with the Chinese Sports Administration and/or global tennis organizations.

The tournament has set 512 entries. Players will be paired randomly for one-point matches and winners advance to the next round. The champion will need to win nine matches, or nine points to be more specific, to take home the 1-million yuan (US$147,000) prize money.

Every two players will toss the coin to decide who serves, and the one at the receiving end can choose the side of the court.

Male and female players will be mixed in the tournament. According to tournament rules, when a female player takes on a male player, she can decide whether to serve or receive. When she decides to receive, her opponent will be given only one serving chance instead of the usual two.

"This kind of one-point-win format has been used in some Western countries, like Germany. But it's the first time it's being introduced to China," said tournament director Michael Luevano, who took part in the regulation design for the new tournament.

The tournament will be held at Qizhong's center court. Exhibition games by professional players will also be organized during the three-day event.

According to the organizer, One-Point-Win is expected to become an annual tournament, serving as a warm-up for the Rolex Shanghai Masters.

Luevano said the men's Association of Tennis Professionals is still discussing the possibility of upgrading the ATP 1000 Shanghai event to a two-week tournament with more entries, and a final decision is likely to be announced early next year.