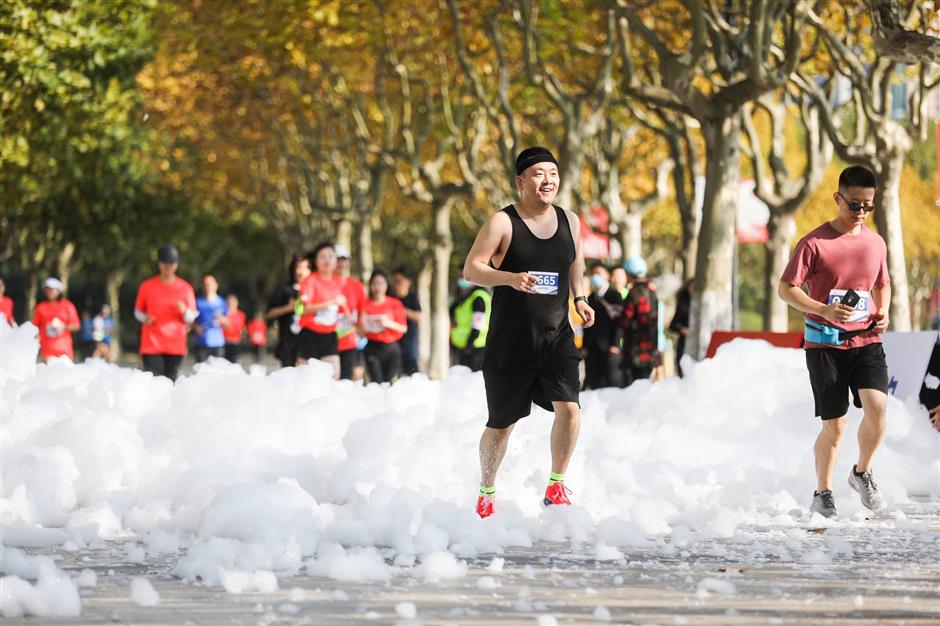 Part of the running track for the Budweiser Beer Charity Run at Century Park in Pudong on Sunday was decorated with beer foam.

Some 1,000 runners gathered at Pudong’s Century Park over the weekend for the 2020 Budweiser Beer Charity Run. The event set two disciplines — a 10-kilometer run and 2K fun run — for both professional and amateur participants.

With the resumption of sports activities around the city, running events are making a concerted return. Coming into its fifth year, the 2020 edition of the Budweiser run highlighted its entertainment features, including live music, track decorated with beer foam, and, of course, unlimited supply of beer at the finish line.

As a charity event, the organizers promised to donate one basketball for charity use for every 20-kilometer of distance the runners completed during this year’s competition.

By the end of the event, a total of 346 basketballs had been pledged, which will be donated by Budweiser Brewing Company to primary school students in poverty-stricken areas around the country. Basketball training camps will also be organized by the company to promote sport among children in those areas. 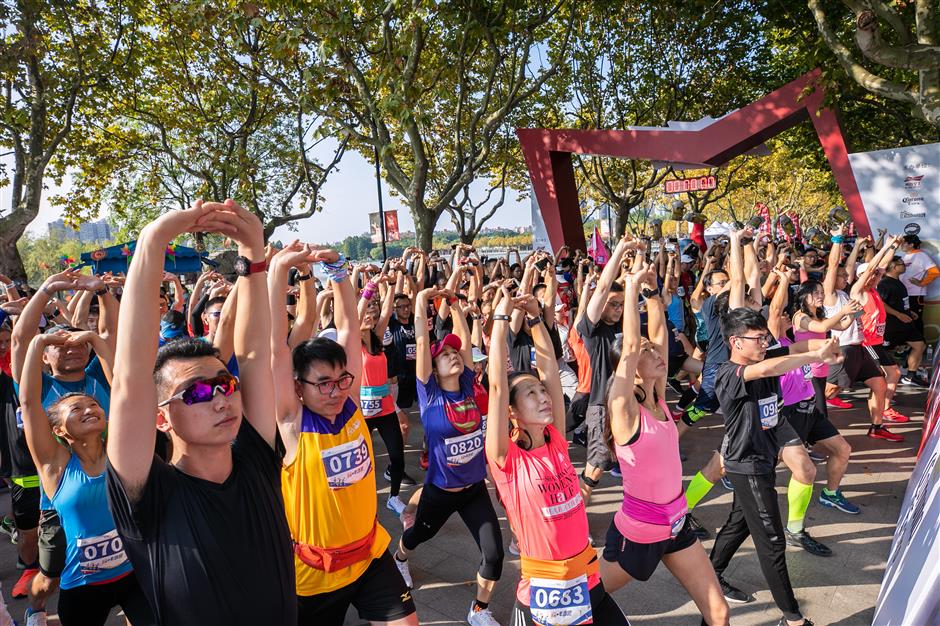 Runners warm up ahead of the charity run.

A runner crosses the finish line of the 10-kilometer run.