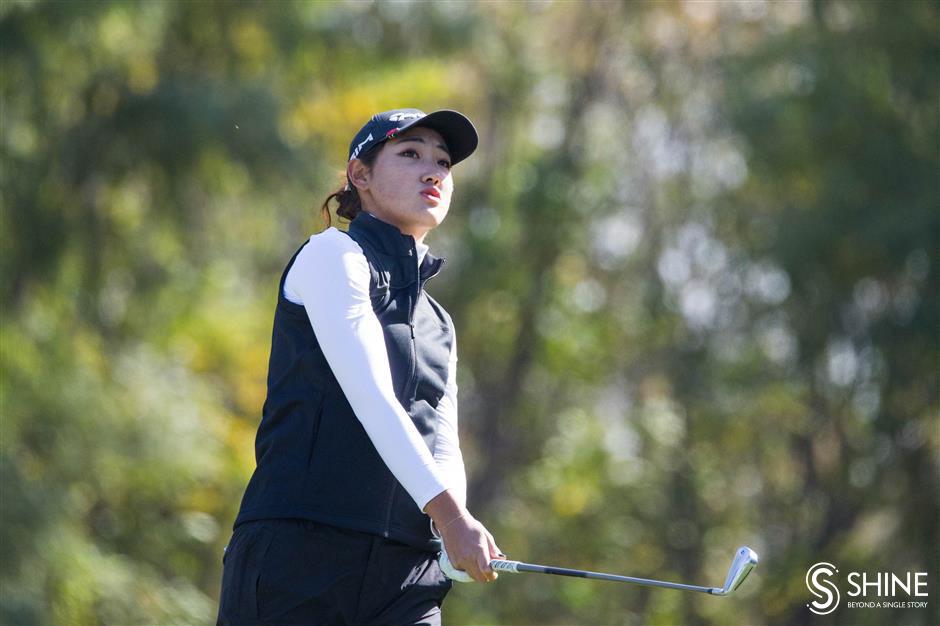 Liu Wenbo and Liu Yan set the early pace at the Beijing Orient Pearl Challenge on Wednesday as each posted an opening round score of 1-under-par 71 to share a two-stroke lead in the Chinese capital.

Liu Yan, winner of last year’s Hong Kong Ladies Open, struggled early at the 500,000-yuan (US$75,135) tournament as she carded three bogeys and a double-bogey six over the first six holes. But as the temperature started to drop and the wind picked up in the afternoon the Xiamen native’s game caught fire. Starting from the ninth hole she closed with four birdies and an eagle two at the 317-yard 13th hole where she dropped a 65-foot putt.

“I didn’t feel well starting off this round. I made some bogeys. But I made a nice birdie from six feet at the ninth hole and seemed to wake up,” said the 22-year-old, currently ranked 247th in the Rolex World Rankings. “I made up lost ground on the back nine and finally had a nice score. I was in good form even though I didn’t have a full point at the Sina Cup (last week). Tomorrow I need to play safe. I want to work out a safe plan.”

Playing in her first tournament since coming out of quarantine on October 4, hometown girl Liu Wenbo showed no signs of rust in her game. The 19-year-old, who had been playing in the United States on the Symetra Tour, opened with a steady round that featured three birdies and two bogeys.

“I’m from Beijing but I haven’t played much in such tough and cold conditions here. I always went to Guangzhou in the winter. I knew the weather wasn’t good entering this round therefore I tried to play safe,” said the teenager who won on the CLPGA Tour in 2017 as an amateur. 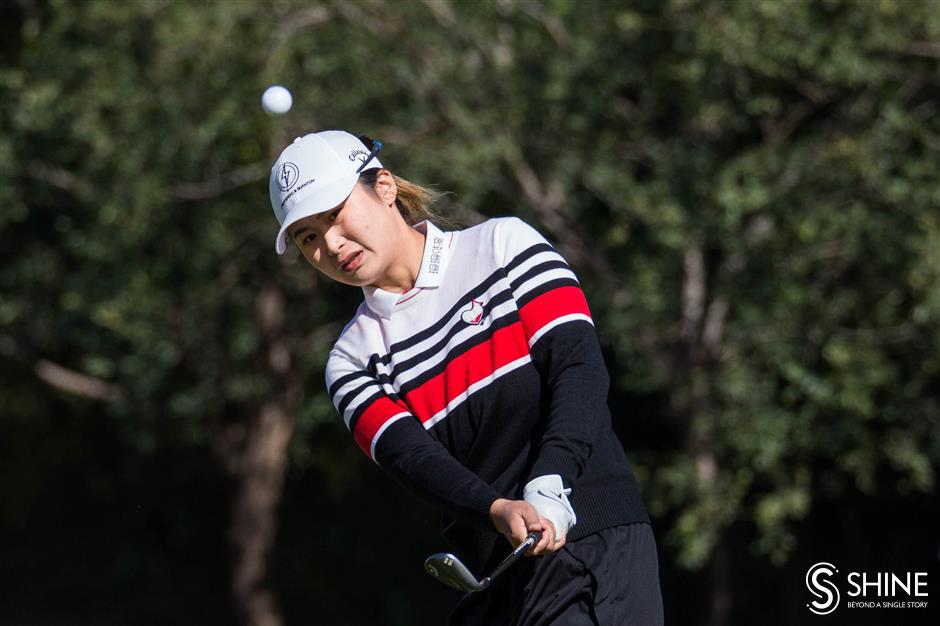 Liu Yan plays a shot during the Beijing Orient Pearl Challenge first round on Wednesday.

“I would say it was two or three shots tougher than the practice round so 1-under is a good score for me. The weather won’t be better tomorrow so I also want to play safe. I want to play smarter and not lose my mind when facing tough holes.”

Zhang Weiwei, the reigning CLPGA Tour Order of Merit champion, opened with an erratic round that included four birdies and five bogeys in her title defense.

“The conditions were difficult but five bogeys are too many. I made three bogeys from the fairways, which you should avoid. My long game was good. I need to putt better. Definitely I could be a lot better today,” said the Hubei native, a four-time winner last year.

Yin, an 18-year-old from Shanghai, started strongly with three birdies over the first four holes. After five consecutive pars starting at the fifth hole, she posted three straight bogeys to start the back nine. She dropped another shot at the 380-yard 16th hole.

“I caught fire out of the gate and made three easy birdies over the first four holes from within 10 feet. No other things happened, only I didn’t play well. I felt frustrated,” said the teenager who has won her first three pro starts.

“I don’t think my strategy was poor, I just didn’t play my best. I will try to make a better judgement about the wind and landing spots tomorrow.”

Ni Jiaman was the leading amateur in the 78-player field as the Beijing native opened with a 79 to sit equal 18th at eight strokes off the pace.