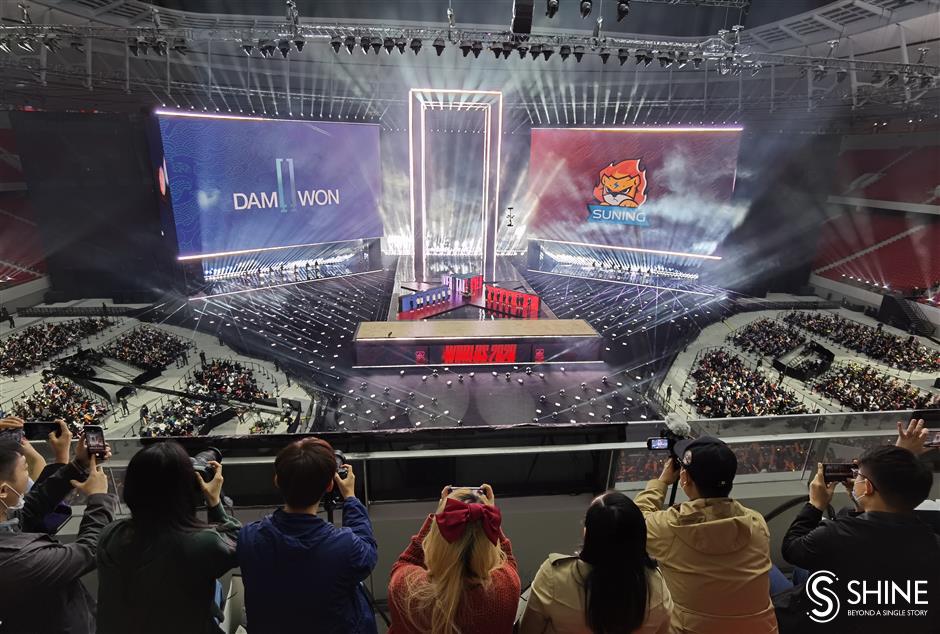 Damwon beat China's Suning 3:1 in front of 6,000 fans at the newly opened Pudong Football Stadium. The match was also broadcast online to an approximate 200 million people, who stayed glued to their gadgets for over three hours.

Fans cheered when Suning player Bin got a “pentakill” — killing all the five enemy characters in a battle.

Aside from the largely entertaining match, a dragon sculpture, music and dance performances and various other activities ensured a carnival-like spirit at the LPL.