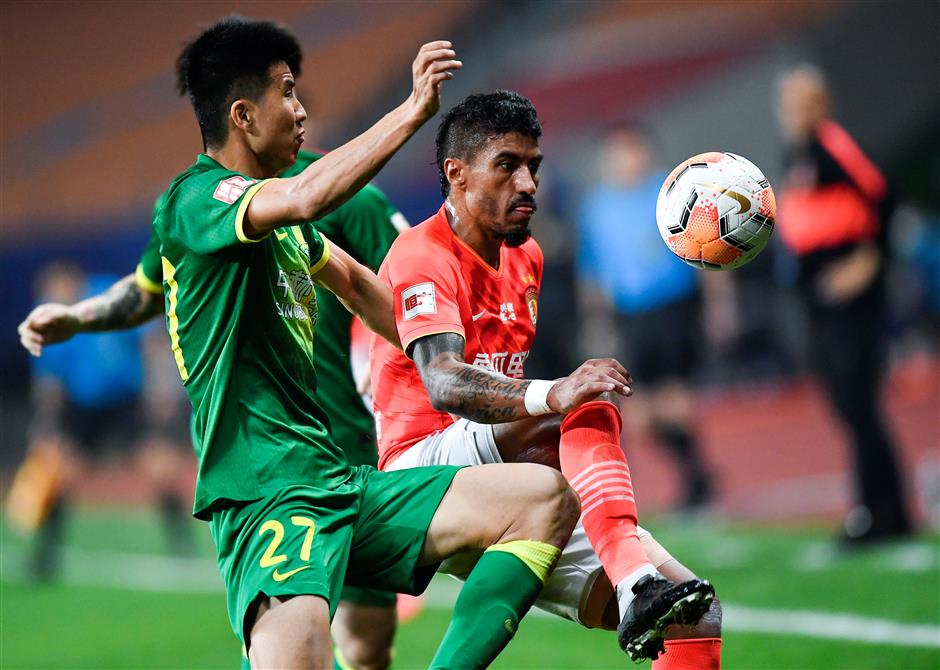 Former Barcelona and Tottenham Hotspur star Paulinho scored twice in the second half on Monday to send reigning champion Guangzhou Evergrande into a title decider with Jiangsu Suning in the Chinese Super League.

The Brazilian international midfielder, 32, was the difference in a 3-1 victory over Beijing Guoan in their playoff semifinal second leg in Suzhou, neighboring Jiangsu Province, the first leg having ended 0-0.

The coronavirus-disrupted CSL will be decided over two legs, on November 8 and 12, in front of what could be as many as 10,000 spectators in Suzhou.

Fabio Cannavaro's Evergrande took the lead in the first half with a goal made in Brazil. Brazil-born winger Fernando, who has been naturalized to play for China, won a penalty and Anderson Talisca fired into the net.

Both were then involved in the 56th minute, teeing up compatriot Paulinho to curl the ball into the net via the underside of Beijing's crossbar.

The culmination of China's top league has been revamped into a two-legged knockout competition because of time lost to the coronavirus and it produced some chaotic ties at the top and bottom. 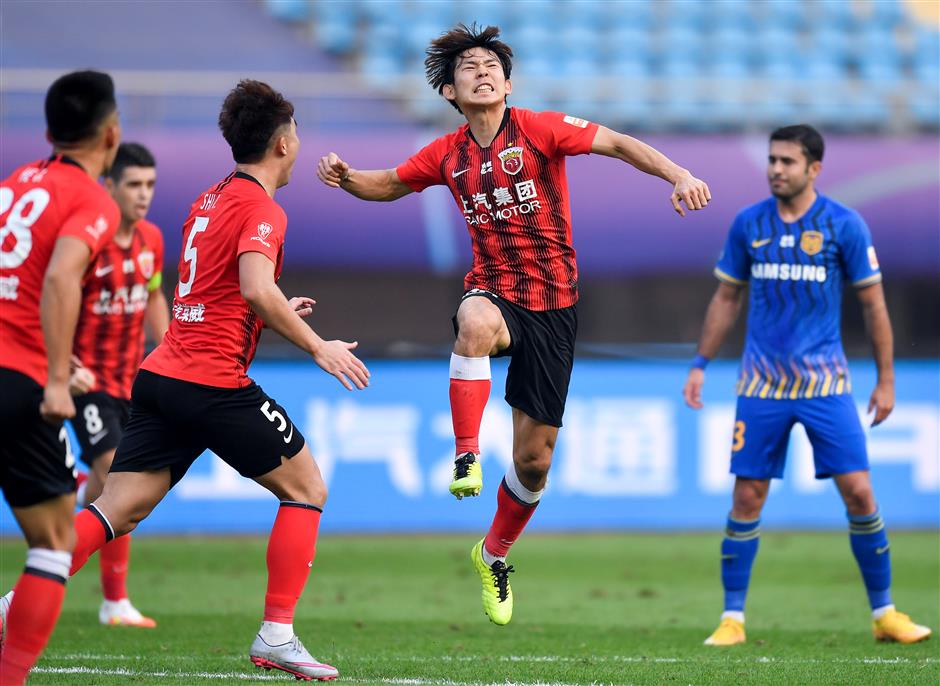 In a bad-tempered affair in Suzhou, Jiangsu went down to 10 men just before the hour when Abduhamit Abdugheni was sent off following a VAR referral for raking his studs down the base of Oscar's spine.

The attacking midfielder limped off injured minutes later with what appeared to be a hamstring problem.

Cosmin Olaroiu's Jiangsu deservedly hit back to force extra time and Luo then struck the winner with a curler from outside the box in the 107th to end the title hopes of Vitor Pereira's SIPG, which was champion in 2018.

"We played with quality until the loss of Oscar and after the injury we lost the spirit, we lost the quality," said the Portuguese coach.

There was also drama in Dalian, northeast Liaoning Province, in the fight to avoid relegation.

Jordi Cruyff's Shenzhen FC defeated Shijiazhuang Ever Bright 3-2 on aggregate to retain its place in the CSL next season.

Ever Bright will play Wuhan Zall in the relegation decider after Wuhan lost on penalties to Qingdao Huanghai, in an encounter which saw three players sent off.

The loser of the relegation final will be demoted and the winner will need to contest a playoff against the team that finishes second in China's second division.