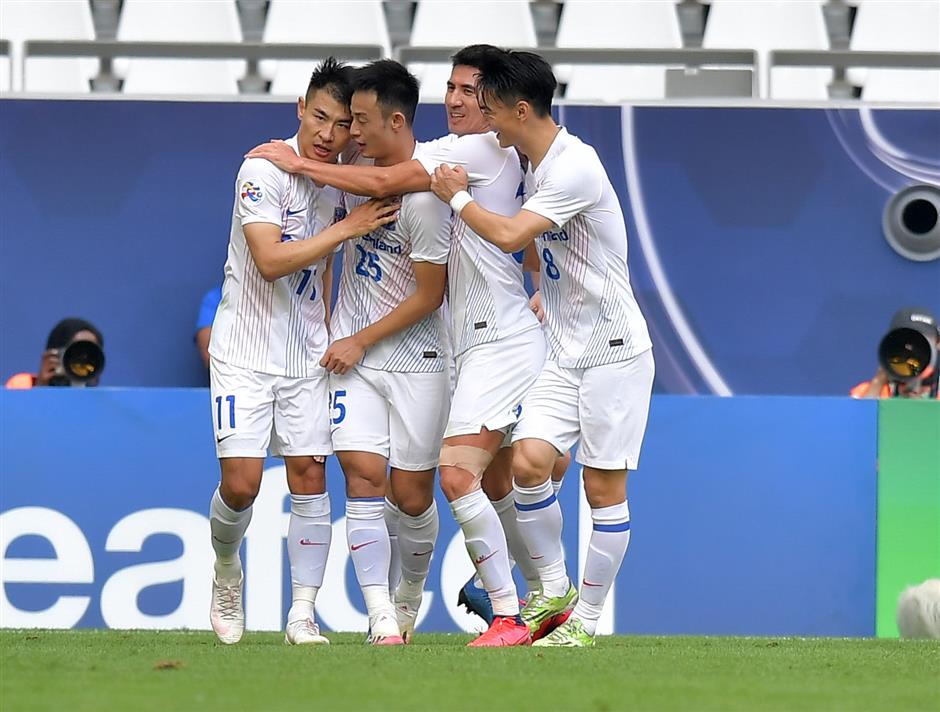 Shanghai Greenland Shenhua banished its pre-tournament fears with an enterprising 2-1 win over Perth Glory in their opening Group F clash in the AFC Champions League in Qatar on Wednesday.

Peng Xinli put the Chinese giant ahead in the seventh minute and Yu Hanchao consolidated in the 38th before Jonathan Aspropotamitis pulled one back for the Australians nine minutes from time at the air-conditioned Education City Stadium.

Shenhua’s South Korean coach Choi Kang-hee had voiced pessimism over his team’s chances at his press conference on Tuesday, saying a spate of injuries had left his side facing a crisis of sorts in the coronavirus-hit tournament.

“We just finished our Chinese Super League season and we have some problems with injuries,” said Choi, who guided South Korean side Jeonbuk Hyundai Motors to the title in 2006 and 2016.

“For us, our team selection is incomplete. It’s a pity. For this team it is quite difficult because we have so many injuries, especially for the first three matches. It’s going to be a big problem for this team.”

But going by its performance on Wednesday much of his fears seemed exaggerated as Shenhua dominated the exchanges in Doha, where the matches in AFC’s eastern zone are also being played in a bio-secure bubble.

The west zone matches concluded in October in Doha with Iran’s Persepolis reaching the final, which will also be played in the Qatari capital on December 19.

Shenhua was playing its first match of the tournament and the three points it gained saw it jump into second spot in its group, one point behind FC Tokyo which had already played two matches before the pandemic forced a stop to proceedings in February.

Shenhua took charge of the match early, Zhu Jianrong making his way up on the left flank before passing to Peng who took advantage of some weak defending by the Australians to fire home past goalkeeper Tando Velaphi. 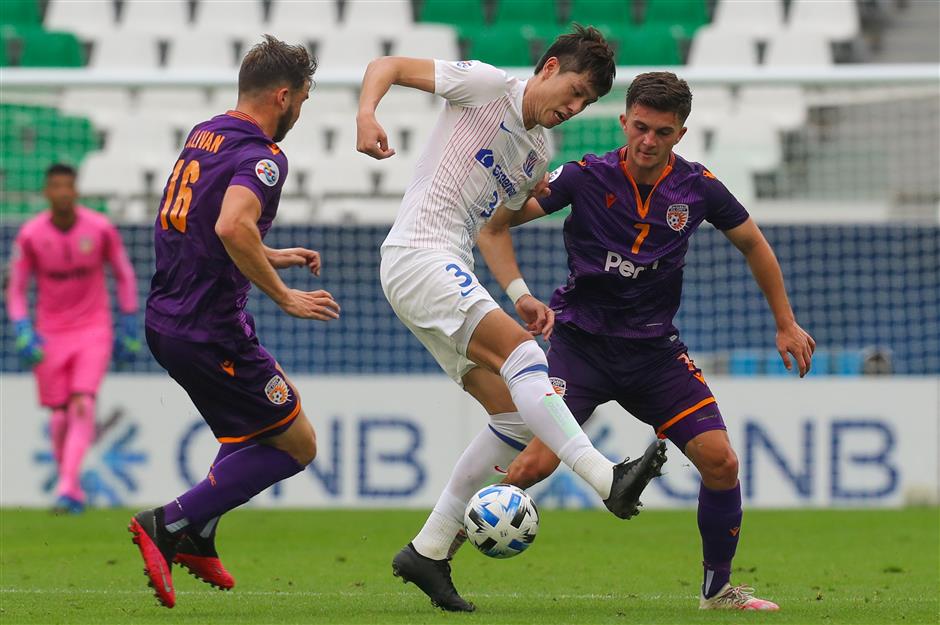 Perth Glory though got its act together soon enough and kept possession most of the time but that didn’t prevent Shenhua from finding the net again.

Peng this time was the provider as the veteran Chinese international Yu latched on to his pass after a quick one-two outside the box and cut in from the left before drilling his shot under Velaphi’s arms from a difficult angle much to the goalkeeper’s embarrassment.

Perth returned from the break with renewed vigour but the Chinese defense managed to keep it at arm’s length for a considerable period of time.

But the Australians eventually did find their first ever ACL goal with Aspropotamitis firing home from close after Shenhua goalkeeper Shuai Li had spilled an earlier effort from Carlo Armiento.

For Perth Glory, this was its second straight defeat, having lost its opening match to FC Tokyo 0-1 back in February and would need to reverse the tide if it is to qualify for the knockout phase of the tournament.

Sydney FC faces Shanghai SIPG in Group H on Thursday before the competition picks up at the weekend with a further four matches.

Group games are due to be played until December 4, with the knockout rounds  starting two days later.