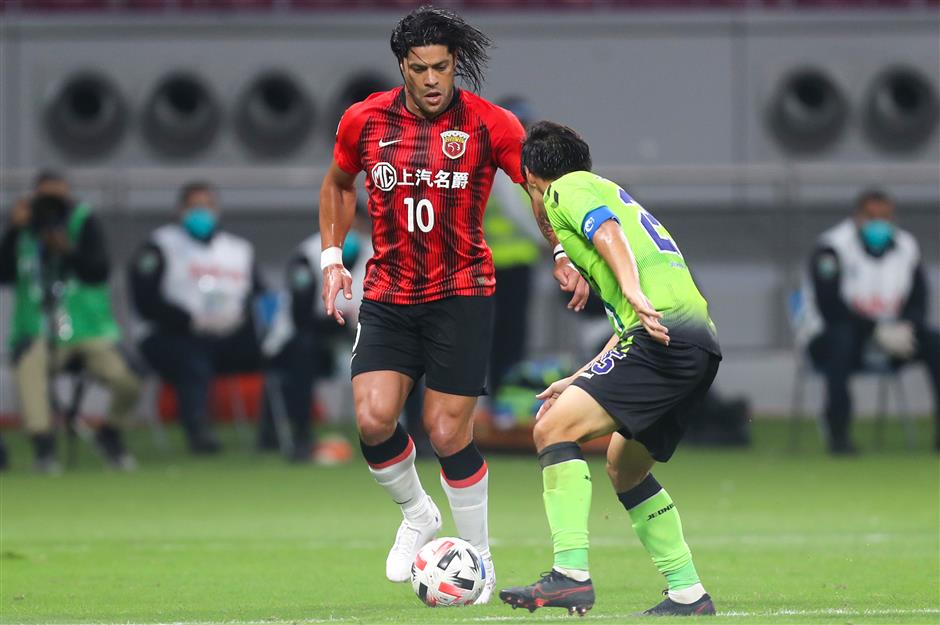 The Brazilian started on the bench alongside compatriot Oscar but the introduction of the pair swung the Group H game in SIPG's favor after the former Chelsea man was upended in the penalty area by Jeonbuk defender Hong Jeong-ho.

Hulk fired high into the net eight minutes from time to earn the win for Vitor Pereira's side, having had Lu Wenjun's early opener cancelled out shortly after by Jeonbuk's Gustavo.

The result moves Shanghai level on six points with Japan's Yokohama F Marinos at the top of Group H while Jeonbuk has a solitary point and is tied with Sydney FC.

Earlier in the day, Guangzhou Evergrande made an unconvincing start as Fabio Cannavaro's team was held to a scoreless draw by South Korea's Suwon Samsung Bluewings.

Wei Shihao missed from close range 15 minutes before the end in Guangzhou's first game in Group G of the delayed continental championship. 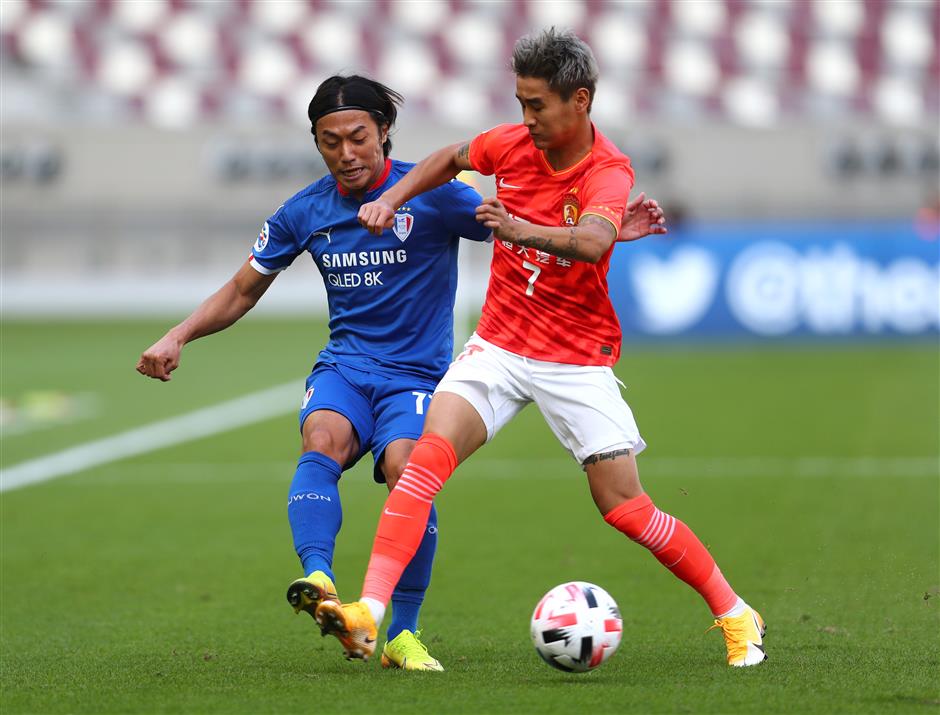 "We're disappointed not to get the win, it would have been good to get off with a win at the beginning but unfortunately we didn't," said defender Tyias Browning.

"It's always a confidence booster to get a clean sheet, on defense we did our job but hopefully we can get a few more goals in the next game."

Only three teams are playing in Group G after Malaysia's Johor Darul Ta'zim was forced to withdraw after not receiving permission to travel to Qatar, where the competition is being played in a centralized format inside a biosecure bubble.

Guangzhou's next game is on Wednesday against Japanese side Vissel Kobe, which leads the standings after defeating Suwon in their meeting in February.

Fifteen teams are playing in Qatar in the rescheduled ACL matches for clubs from east Asia, with the group stage continuing until December 4. The knockout round begins on December 6 with the final also to be played in Doha on December 19.

Iranian side Persepolis has already qualified for the competition decider having progressed through the west Asian half of the draw in October.