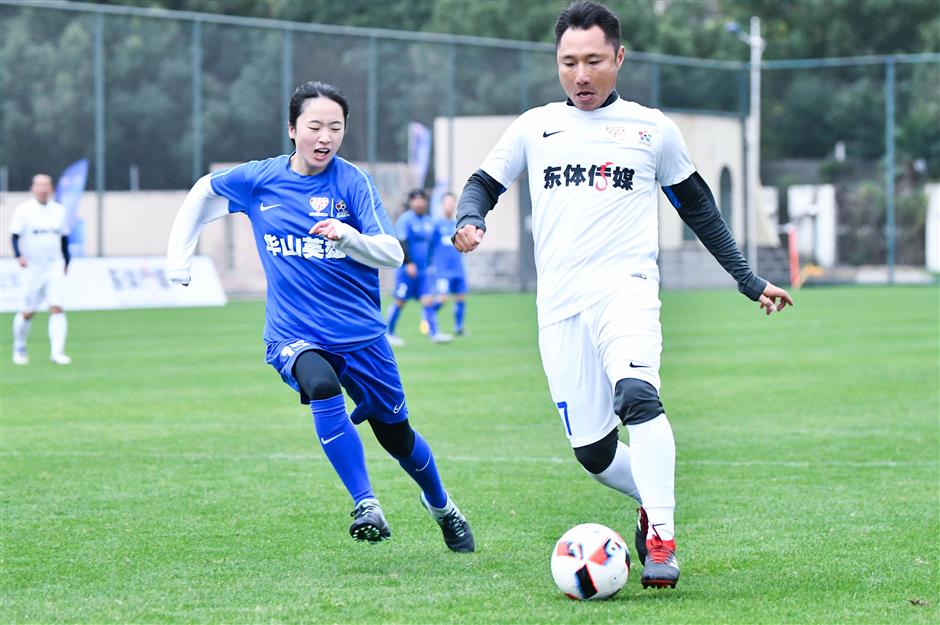 Former Shanghai Greenland Shenhua player Wang Yun (right) in action during the match against a team from Huashan Hospital on Sunday, which brought the curtain down on the 2020 Shanghai Citizen’s Football Festival.

The 2020 Shanghai Citizen’s Football Festival concluded over the weekend, with an all-star friendly match between Shanghai’s veteran footballers and medical staff from Huashan Hospital.

The festival, which kicked off in August, serves as part of the 2020 Shanghai Citizen’s Meet. Despite the adverse impact of the novel coronavirus outbreak, the festival managed to organize a few match-watching parties for Shanghai’s football enthusiasts, as well as a football fan story forum and some online activities.

The all-star match, which was held at Shanghai Greenland Shenhua’s training base in Pudong’s Kangqiao on Sunday, dropped the curtain for this year’s festival.

“A lot of medical staff would take part in sports activities like football to chill out amid the fight against the coronavirus,” said Doctor Yao Wei from Huashan Hospital’s sports rehabilitation department. “It’s a pleasure to exchange skills with star players we only used to see on TV.” 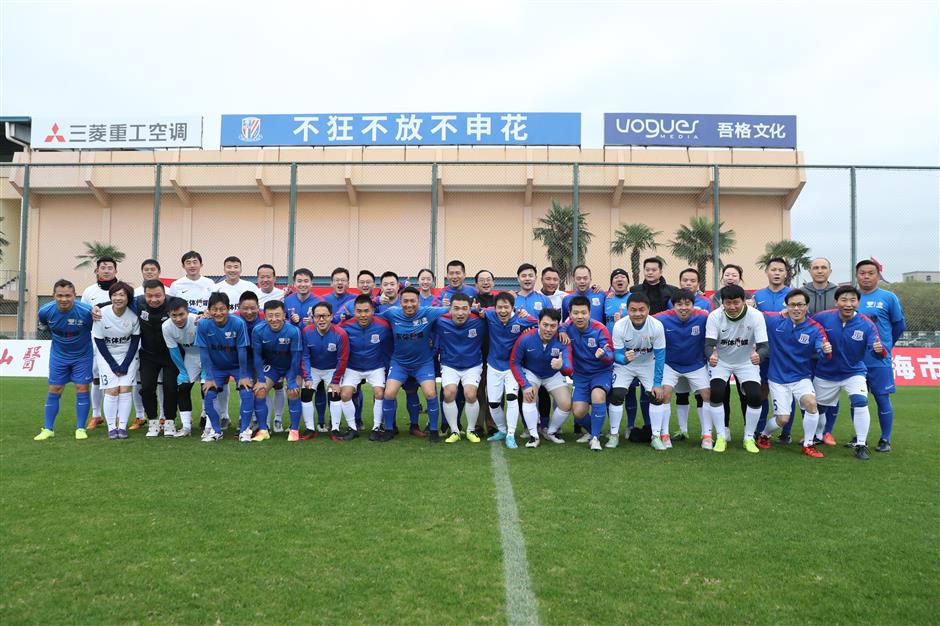 Doctors from Huashan Hospital formed a team for a friendly match against “Shanghai All-Star” team on Sunday.