Jiangsu Suning coach Cosmin Olaroiu, who led the Nanjing side to its first Chinese Super League title earlier this month, says he might not be around next season if the club does not match his ambition in the transfer market.

Jiangsu came close to signing Gareth Bale from Real Madrid 18 months ago but that was before the Chinese government signalled a change in policy towards investment in foreign talent and the onset of the novel coronavirus pandemic.

Romanian Olaroiu said the issue of squad reinforcement had become a bone of contention at the club this year and might result in his departure before next season kicks off in 2021.

"We faced problems against the opponent and we faced the problems in the interior in our club and this made me a little bit disappointed after the final, even though we won," Olaroiu told The Asian Game podcast.

"I want to win and I will always go where exists this wish to win, to clubs that are willing to win. Usually when I don't see this I don't like to stay.

"Until now, I didn't talk with anyone from the club but we will see in the next days what we're going to do for the next season and I will decide after."

Olaroiu took over from former England manager Fabio Capello in March 2018 and brought an impressive pedigree to the CSL after tasting success in the Middle East with a string of clubs.

A league winner in Saudi Arabia and the United Arab Emirates, he led al-Ahli of the UAE to the 2015 AFC Champions League final where it lost 0-1 to Guangzhou Evergrande. 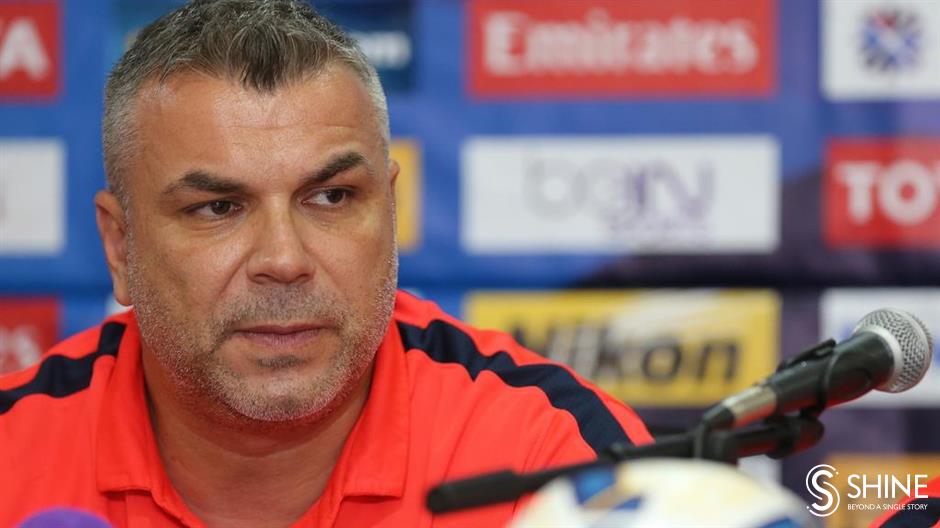 Victory over the eight-time Chinese champion in the CSL playoff final earlier this month afforded Olaroiu a measure of revenge and earned Jiangsu a place in next year's ACL.

"I'm three years in this club and when I came they promised me that they would support me in any way to make the team to get a place in the ACL," said Olaroiu.

"Unfortunately this support never came, never ever. Eight players who played in the CSL final, they played in the first game against Guanghzou when I came here. Guangzhou has only two or three players in the full squad that played in that game."

Despite the issues, Olaroiu hailed the performance of his players throughout a difficult season that saw teams forced to play out a reformatted league campaign in a series of biosecure bubbles as a result of the global health crisis.

"When you win titles you appreciate all of them," he said.

"This was the most difficult because actually in all the teams that I have been we were supposed to win the title and the people expect us to win the title, but this was a surprise for us.

"It was very difficult for us because we were not favorites to win this competition, but the players were fantastic. They performed over our expectation."