Guangzhou Evergrande players say they are homesick and desperate to return to China after being stuck in Qatar following their elimination from the AFC Champions League.

Fabio Cannavaro's side are among three Chinese Super League teams still in Qatar despite being knocked out of the premier Asian competition last Friday, with reports saying they are awaiting approval for a charter flight.

The others are Shanghai SIPG, which lost in the last 16 on Monday, and Shanghai Greenland Shenhua, which has been stewing for a week since its continental title bid ended.

The Asian Football Confederation suggested that the hold-up was likely due to coronavirus arrival rules in China, not because of any local difficulties.

This year's delayed ACL is taking place behind closed doors in a secure "bubble" in Qatar because of the pandemic.

Beforehand, global footballers union FIFPro accused the AFC of failing to consult players about moving the tournament to the nation hosting the 2022 World Cup.

With their season over and Cannavaro seemingly on the brink of the sack, Evergrande's players have broken rank.

Midfielder Yan Dinghao wrote on the Twitter-like Weibo that he was on "the edge of collapse, really homesick."

Teammate He Chao added: "When will we be able to return????" 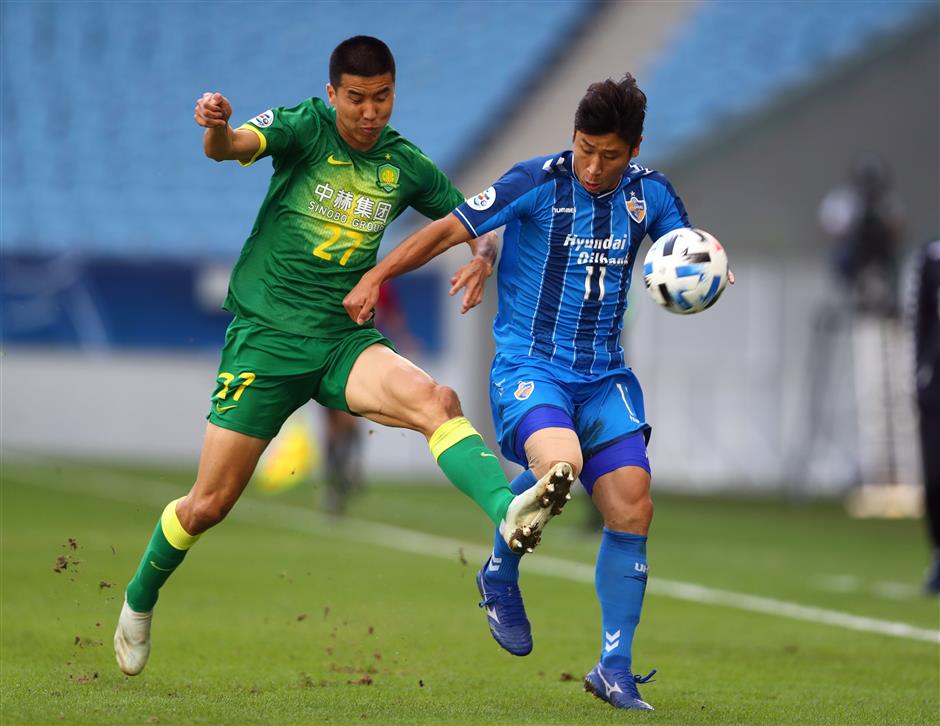 Forward Wei Shihao also wrote on Weibo: "I can only stay locked in my hotel room. I can't see my family. I want to go home."

All four Chinese teams — Beijing Guoan lost 0-2 to Ulsan Hyundai in the quarterfinals on Thursday — "expressed their desire" not to go to Qatar in the first place, the newspaper said.

The Post said that the AFC subsidized meals and hotel accommodation while teams remained in the competition, but the clubs have to foot the bill once knocked out.

The AFC said that it was doing its utmost to help the teams, "who are currently awaiting the due process and protocols to be put in place by the Chinese authorities."

"In the meantime, the AFC and LOC (local organizing committee) are also working to ensure all players and team officials are receiving the best possible support and care until the departure arrangements are finalized," it said.