Former Chinese champion Shanghai SIPG, now known as Shanghai Port FC, has earned a late call-up to the 2021 AFC Champions League after the Asian Football Confederation confirmed the expulsion of Shandong Luneng from the latest edition of the continental club championship.

Shanghai, winner of the Chinese Super League in 2018 and semifinalist in the ACL a year earlier, finished fourth in last year’s domestic championship to initially miss out on qualifying for the competition.

However, Shandong, which had booked its berth in the competition by winning last year’s Chinese FA Cup, had its license to play revoked by the AFC earlier this month due to “overdue payables.”

The AFC said on Thursday that twice champion Guangzhou FC, formerly Guangzhou Evergrande, will replace Shandong as China’s second-ranked club in the competition and, as a result, Fabio Cannavaro’s side will play in Group J alongside Hong Kong’s Kitchee, Port FC from Thailand and either Melbourne City, Myanmar’s Shan United or Cerezo Osaka from Japan.

That means Beijing FC, which had been due to feature in the playoff rounds after its third-place finish in the league, will also progress automatically to the group phase. 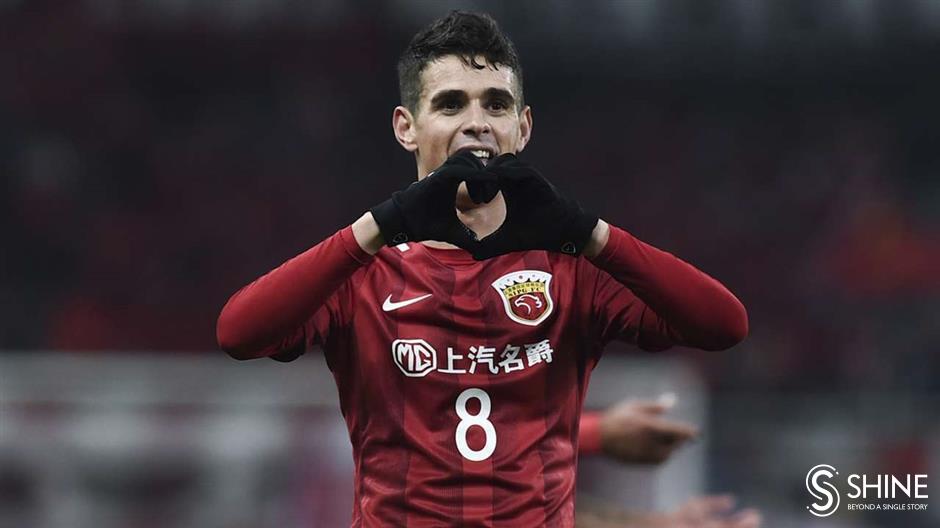 Slaven Bilic’s side, earlier known as Beijing Guoan, will meet Japanese champion Kawasaki Frontale, United City of the Philippines and either South Korea’s Daegu FC or Chiangrai United from Thailand in Group I.

Shanghai Port, which boasts Brazil playmaker Oscar in its squad and has a new head coach in Ivan Leko, will take on either Brisbane Roar from Australia or Kaya-Iloilo of the Philippines in the playoff rounds for a berth in Group F alongside defending champion Ulsan Hyundai of South Korea, Thailand’s BG Pathum United and Viettel from Vietnam.

Last year’s CSL winner Jiangsu FC remains unaffected by the decision and will play in Group G with Japan’s Nagoya Grampus, Johor Darul Ta’zim from Malaysia and either South Korean side Pohang Steelers or Ratchaburi Mitr Phol of Thailand.

The group phase of the ACL is due to be played in centralized hubs due to the impact the COVID-19 pandemic has had on international travel.

Games in the preliminary and playoff rounds are set to take place from April 7 with the group phase in the eastern half of the continent slated to commence from April 21.