China coach says 'door open to everyone' as injuries strike 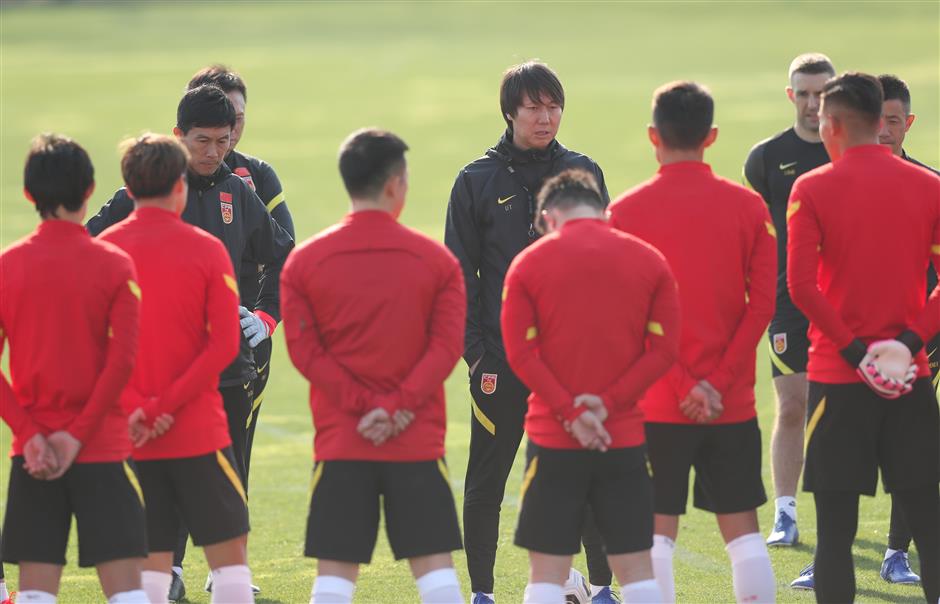 China coach Li Tie communicates with his players during a training session in Shanghai on Monday as the team prepares for 2022 World Cup qualifiers in June.

China coach Li Tie is missing several key players, including forward Wu Lei, as he attempts to stamp his mark on the national squad ahead of must-win World Cup qualifiers in June.

Injuries and other factors mean that the former Everton midfielder is unable to assess his full range of options as the squad embarked on two weeks of preparations in Shanghai.

Li named four naturalized players in a 28-man squad, but only the Brazil-born attackers Elkeson and Alan Carvalho took to the field when training began on Sunday.

Former England youth defender Tyias Browning and another former Brazilian, Fernando, are injured and will not feature, while captain Hao Junmin did not take part in the session.

London-born former Arsenal midfielder Nico Yennaris was left out because he had only recently returned to China.

Experienced defender Zhang Linpeng was also not named in the squad, but the most notable absentee is the 29-year-old Wu, who came on as a substitute for second-tier Espanyol on Sunday and has not made the trip home to China.

"We're in touch with Wu Lei all the time," said Li, adding that "although he’s far away, in Spain, he is still a very important member of our team."

Li, appointed in January 2020, conceded that "it's a pity that lots of injuries happened to players recently."

"In the past year I can feel that all the players cherish the national team more and more and they have a strong desire to join the team," he added.

"In training and games, I can see that the players are working really hard," added the 43-year-old Li, who because of the coronavirus is yet to take charge of China in a competitive match since being named coach early last year. 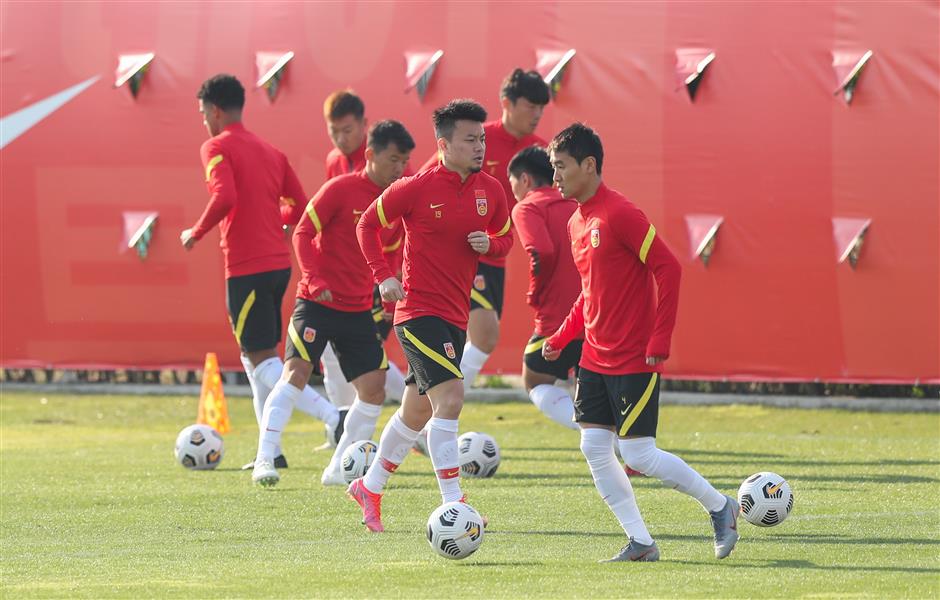 "None of us knows who will be fit for the World Cup qualifiers so we have to get everyone ready.

"As long as when they join the national team they train hard every day, have a good attitude and perform well in competitive matches, the door is open to everyone."

Most of Li's squad are still in preseason training with their clubs for the delayed Chinese Super League season, which normally begins in March. Chinese football chiefs are yet to announce a start for the 2021 campaign.

China is second in Group A of Asian qualifying for the 2022 Qatar World Cup, eight points behind leader Syria.

Only the top team is guaranteed to reach the next qualifying stage.

For the Asian qualifiers from May 31 to June 15, matches have been moved to centralized locations because of the coronavirus pandemic.

China will host games in Group A, which also includes the Philippines, Maldives and Guam.

China has reached only one World Cup, in 2002, when it failed to score a goal or win a point in its three group games.

Five years ago China pledged to become a football power by 2050, but the team remains ranked at a lowly 75th in the world, just above war-ravaged Syria.