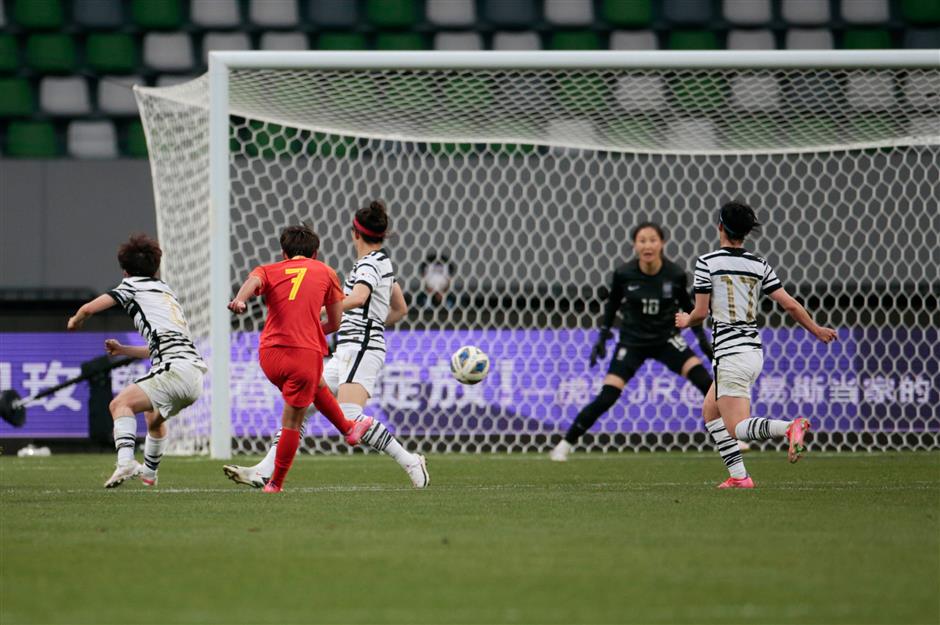 China's women sealed a last-ditch spot at the Tokyo Olympics football on Tuesday by squeezing past South Korea 4-3 on aggregate, a thrilling conclusion to a qualifying campaign dogged by coronavirus delays.

Wuhan native Wang curled the ball into the bottom corner from just outside the box in the first period of extra time to torpedo South Korea's hopes of playing at the Olympics for the first time.

Players from both teams collapsed to the turf at the end.

For the Asian rivals it was the final chapter in a long qualifying campaign. This decider — one of two remaining berths for Tokyo — was scheduled for March last year but was postponed three times because of the coronavirus.

The virus still hung heavily over the tie. In Suzhou, the stadium announcer told the crowd to keep their masks on and social distance, while medical staff in full protective bodysuits watched from the sidelines.

China bussed fans in for the game and, decked out in red and with matching face masks, they booed the announcement of the South Korean national anthem.

South Korea, which had never reached the Olympics since women's football was introduced in 1996, was a threat every time it attacked and silenced the home supporters when Kang Chae-rim scored on the half hour.

That made it 2-2 on aggregate but South Korea needed to score again and it did so on the stroke of half-time thanks to an own goal.

China, 15th in the FIFA rankings to South Korea's 18th, had barely threatened but substitute Yang Man popped up to head in Wang's free kick to level the tie 3-3. 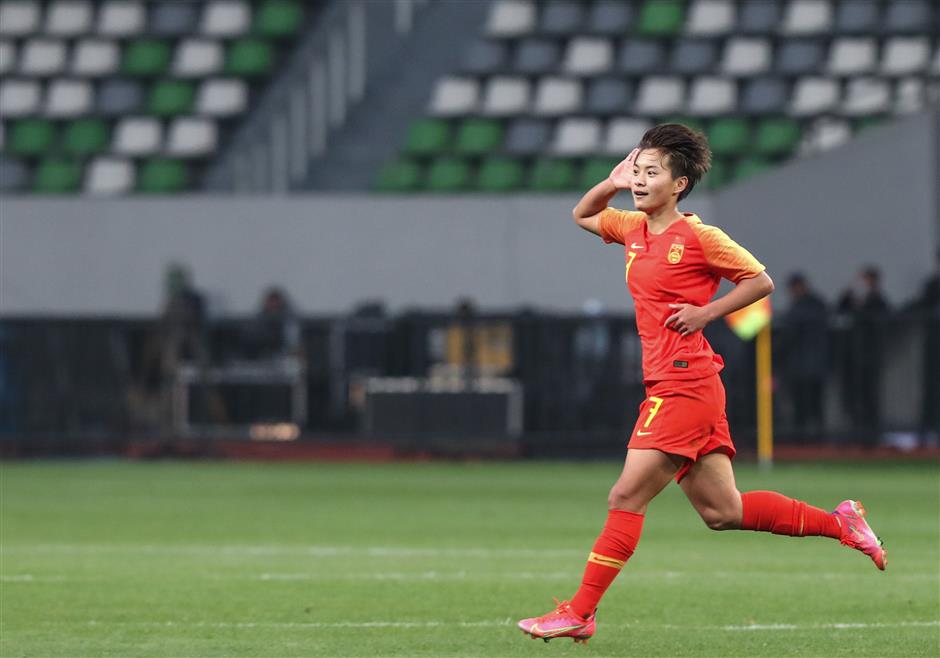 China's Wang Shuang reacts after scoring against South Korea in the first period of extra time of their Olympic qualfier second leg in Suzhou on Tuesday to give the host a 4-3 aggregate victory.

It was a fairytale end to China's tortuous Olympic journey.

Jia Xiuquan's team was especially affected in the early days of the coronavirus and was hailed back home as a defiant symbol against the crisis.

It was training in Wuhan, the epicenter of the pandemic, but left a day before the central Hubei Province capital went into lockdown in January last year. Match-winner Wang was stranded in Wuhan.

The team — minus Wang — was then quarantined and ended up doing exercises in the corridor of an Australian hotel, after the qualifying tournament was moved out of China.

The Tokyo 2020 Games, themselves badly upended by the coronavirus, will take place in July-August.

The result means China joins Australia as one of Asia's two qualifiers for the 12-team women's tournament at the Olympics.

Japan has qualified automatically as the host for the finals, which begin on July 21 with the final to be played in Tokyo on August 6.