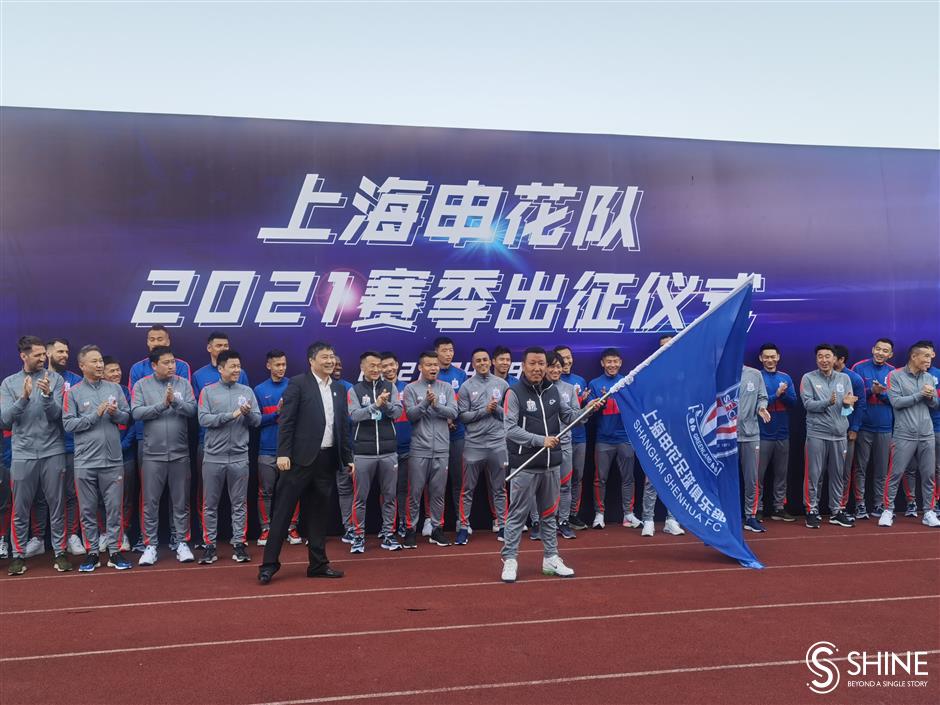 Shanghai Shenhua’s South Korean head coach Choi Kang-hee takes over the team flag from club president Wu Xiaohui during a ceremony at its Kangqiao training base in Pudong on Monday before the Chinese Super League club players left for Suzhou, neighboring Jiangsu Province.

Shanghai Shenhua became the latest team to begin its journey for the 2021 Chinese Super League season, which kicks off on Tuesday.

Shenhua will be playing its first-stage CSL matches in Suzhou, neighboring Jiangsu Province. Its opening clash will be against Beijing Guoan on Friday.

Local rival Shanghai Port, which left for Suzhou on Sunday, is also in the same group, along with Changchun, Dalian, Beijing, Hebei, Tianjin and Wuhan.

The other eight teams in the 16-team CSL will play their opening-stage matches in Guangzhou, southern Guangdong Province. They are: Chongqing, Cangzhou, Henan, Shandong, Shenzhen, Qingdao, and the two local teams Guangzhou FC and Guangzhou City.

Shenhua held a departure ceremony at Pudong’s Kangqiao training base on Monday afternoon, which was attended by fan representatives. The players and coaches then headed for Suzhou by bus.

“The new signings showcase the club’s determination to achieve promising results in 2021,” club president Wu Xiaohui said, talking about the team’s goal for the 2021 season at the ceremony. 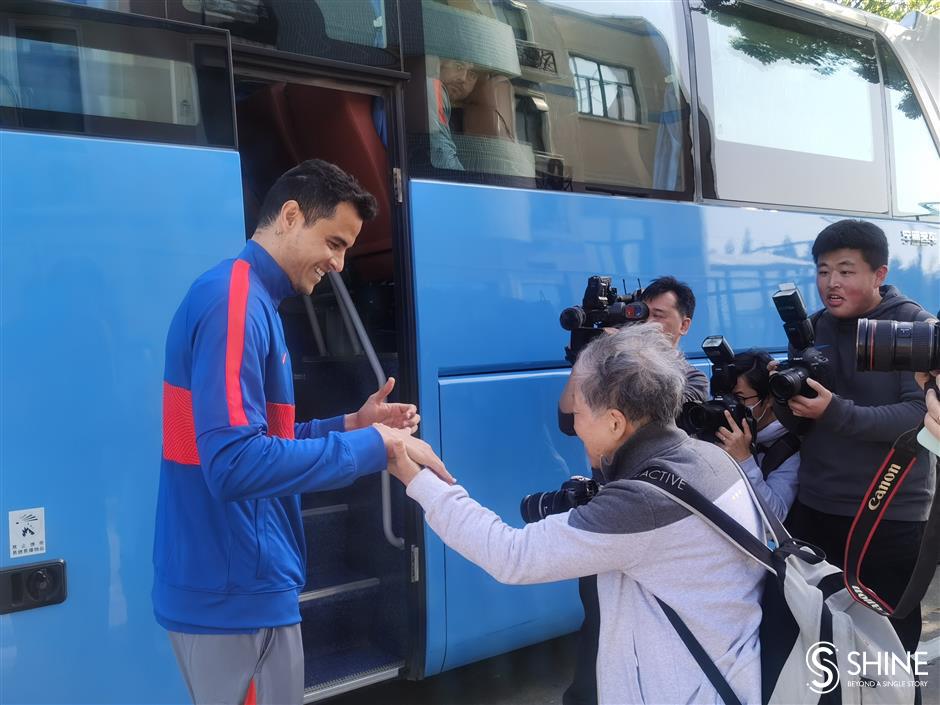 Shanghai Shenhua captain Giovanni Moreno bids farewell to a veteran local photographer before getting on the bus for Suzhou on Monday.

“We want to become a first-tier CSL team again and get a spot in next year’s AFC Champions League. If possible, we also want to compete for the league title in the near future,” he said.

“Despite the newcomers, we should still face up to the gap between us and other powerhouses in the league. Apart from double efforts from players, we also need the team to fully trust head coach Choi Kang-hee and the Chinese coaching team led by Mao Yijun.

“It’s true that there are quite a few veteran players in the team. I heard some voices from fans questioning their age. In my opinion, they are still in the golden period of their career, and I call on the fans to have confidence in them,” Wu added.

The opening matches of the 2021 CSL will be the Guangzhou derby and a clash between Chongqing and Shandong. Both matches kick off at 8pm on Tuesday in Guangzhou.

The 2021 season will kick off without the defending champion Jiangsu Suning, which has disappeared, having been refused a license for the competition after owner Suning announced in February its intention to stop backing the team. 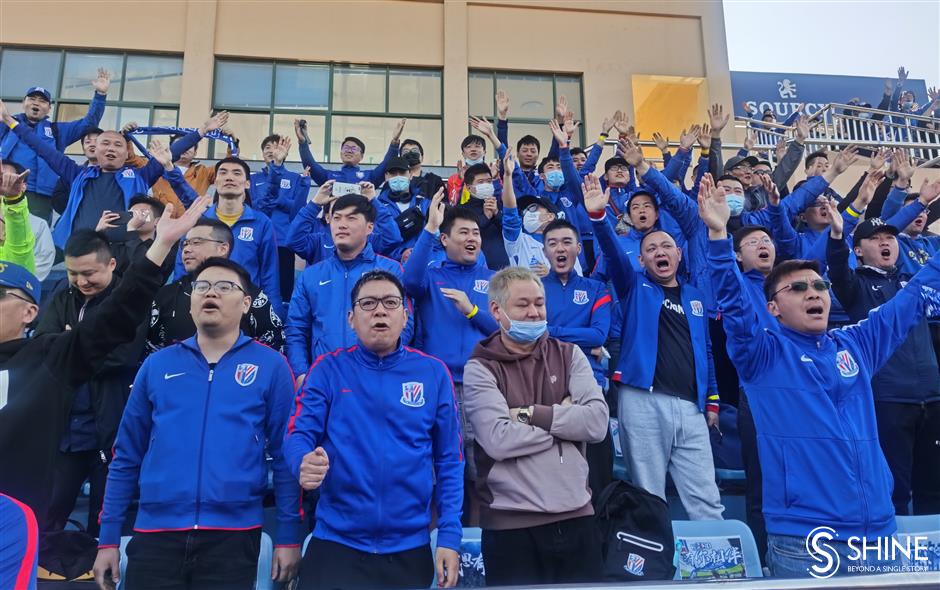 Shanghai Shenhua fans cheer team before the players leave the Kangqiao training base in Pudong for Suzhou on Monday.