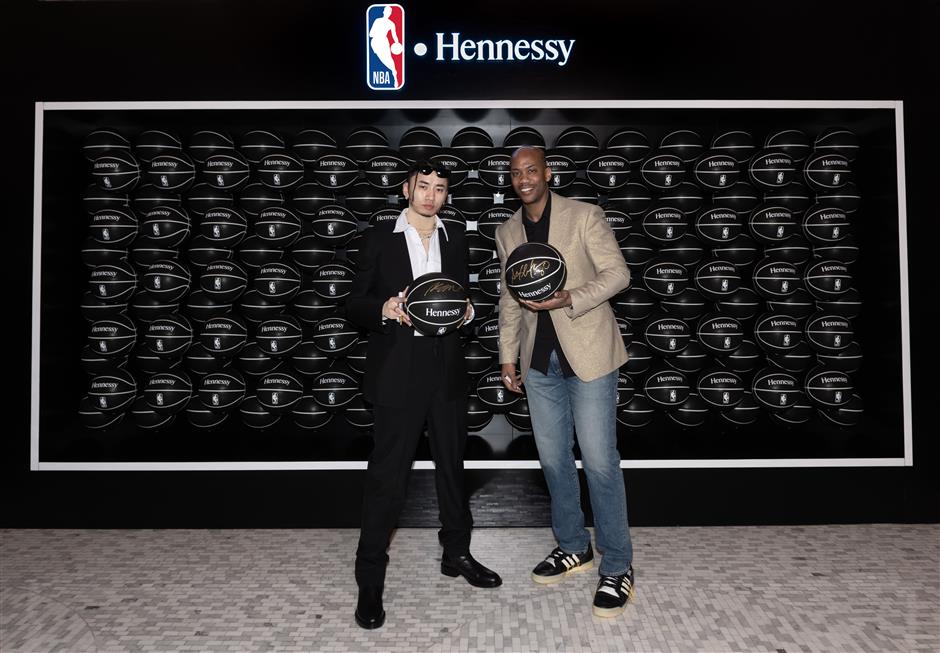 Stephon Marbury poses with star rapper Ma Siwei in Shanghai during an activity held by the National Basketball Association and its new liquor sponsor Hennessy.

Stephon Marbury hopes sports will continue to help build bonds between people and different cultures, citing the path-breaking China-US Ping-Pong diplomacy half a century ago.

The former New York Knicks player was in Shanghai last week as basketball ambassador to witness the latest partnership reached between the National Basketball Association and its new official liquor sponsor Hennessy.

As the head coach of Chinese Basketball Association side Beijing Royal Fighters, the American also attended a ceremony to mark the 50th anniversary of the Ping-Pong diplomacy.

“Sports helped break the ice between the two countries when it was needed,” he said. “It gives people the opportunity to be able to come together.”

He added: “For myself, I will use my expertise to help the people here who play basketball, the number of which is approximately 300 million, to create an impact and give my insight. I think these are some of the ways that we can all play a part.”

The 44-year-old had the Chinese version of his biography “Change” published recently. In the book, he shares his personal stories, especially his life in Beijing and China as a New Yorker.

His quotes are printed on the cover: “I can tell you frankly that I still remember the first day I arrived in China. The Chinese basketball fans are like saviors of my life. They are the start of all my changes.”

During his more than a decade stay in China, first as a player, then as coach, Marbury played for four CBA teams. With the Beijing Ducks, he won three CBA championships in 2012, 2014 and 2015.