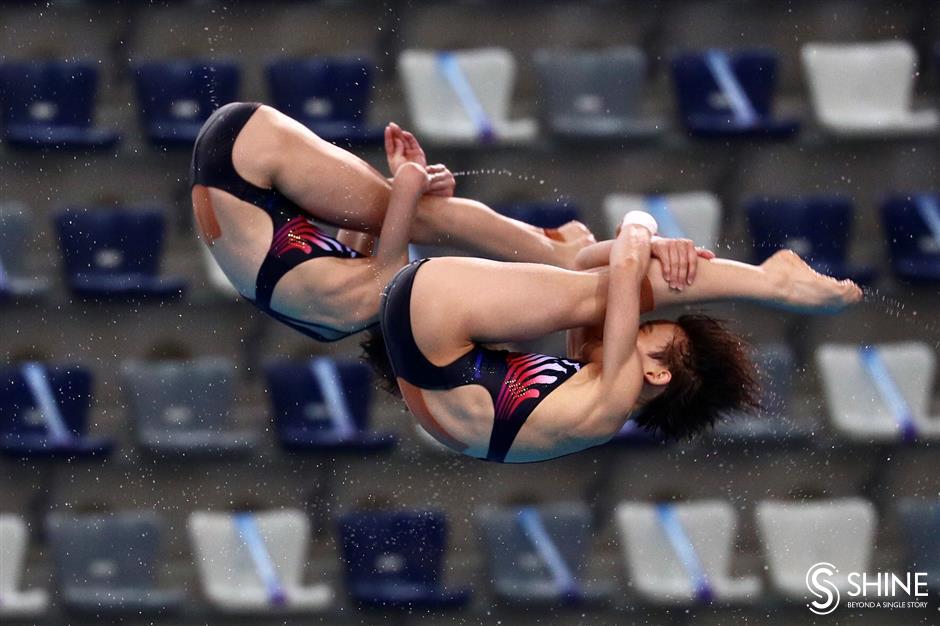 Divers take part during the 2021 China Diving Championship at the Oriental Sports Center in the Pudong New Area on Tuesday.

The 2021 China Diving Championship is now under way at Pudong’s Oriental Sports Center. The four-day event, which kicked off on Tuesday, will serve as the national diving team’s selection competition for the Tokyo Olympic Games, as well as the qualifier for the 14th National Games.

“Due to the COVID-19 pandemic, the national diving team has not taken part in any international events for 1-1/2 years,” said Zhou Jihong, vice director of the national sports bureau’s swimming management center. “Under such circumstances, it’s very important to organize domestic events.”

Due to safety concerns, China sent only two young divers – Chen Yiwen and Chang Yani — to the FINA diving World Cup which was held in Tokyo earlier this month, while the majority of the national team stayed back in China for training.

According to Zhou, the divers participating in the Shanghai event represent the highest-level national team competitors.

The China Diving Championship is a closed event, not open to spectators. Diving fans can watch the competition through livestreaming platform Tencent Sport. 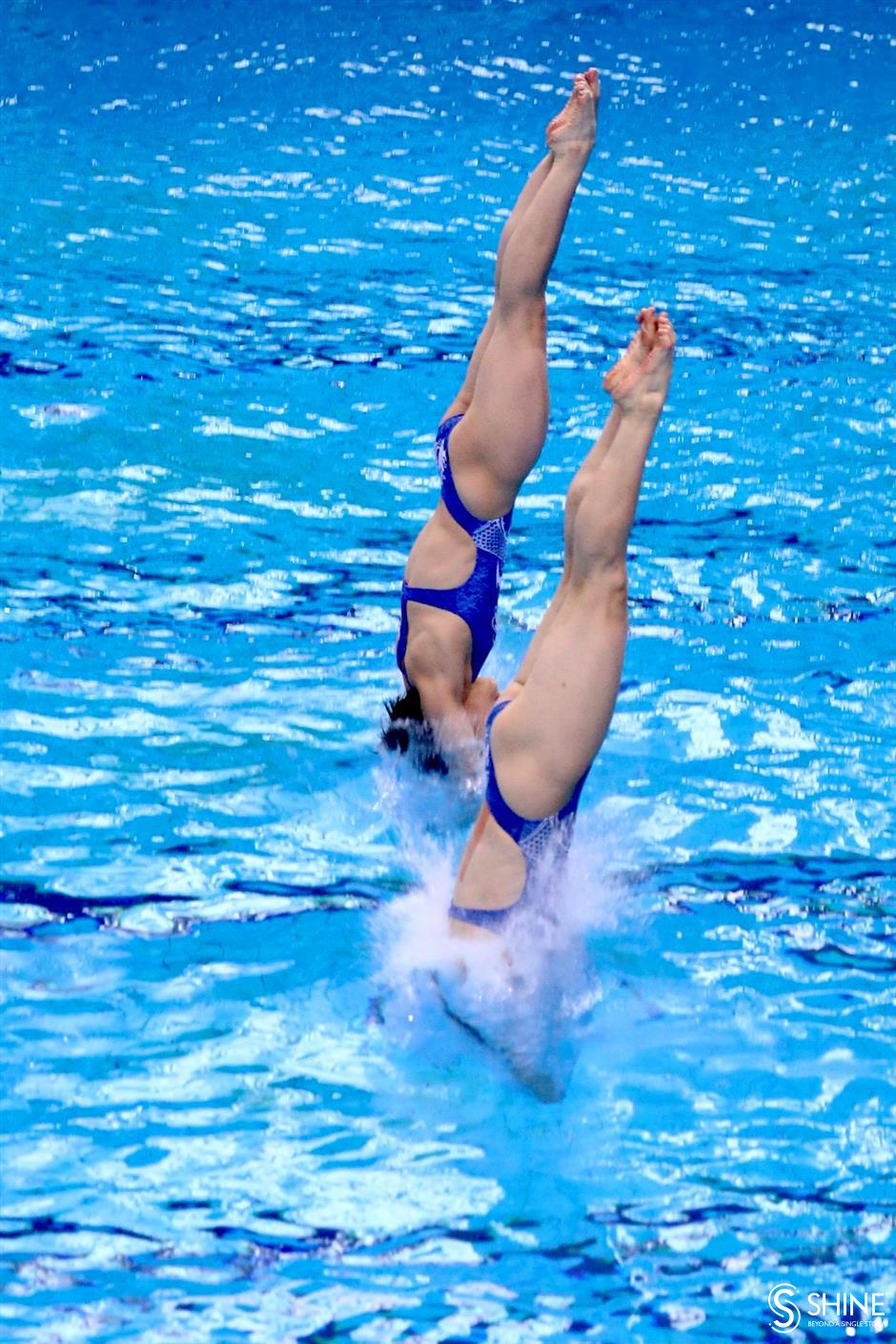 Divers jump into the pool as they take part in their synchronized event at the China Diving Championship in Pudong on Tuesday.