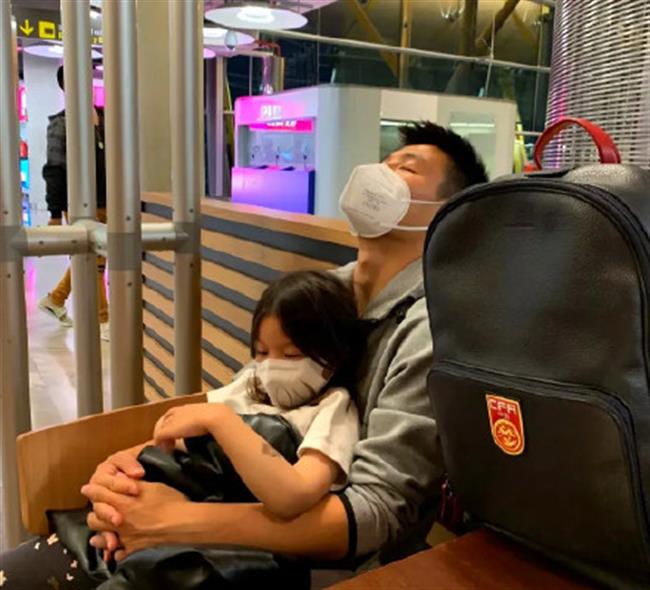 Wu Lei and his daughter rest at an airport

Espanyol striker Wu Lei has returned to China from Barcelona to prepare for the upcoming World Cup qualifiers.

The 29-year-old, who landed in Shanghai on Tuesday night, is expected to join up with the Chinese team on Wednesday.

He posted a picture on social media showing that he and his daughter were waiting in an airport on Tuesday.

"For the country, and for the family," read the caption of the picture.

Wu missed all the Chinese side's six training camps held since its head coach Li Tie took over in January of 2020.

China will host all remaining Asian Group A matches from May 30 to June 15 in Suzhou, where the hosts will face Guam, the Philippines, the Maldives, and Syria in succession.

China is currently eight points adrift of group leader Syria and only leads the Philippines, which is in third place on goal difference.