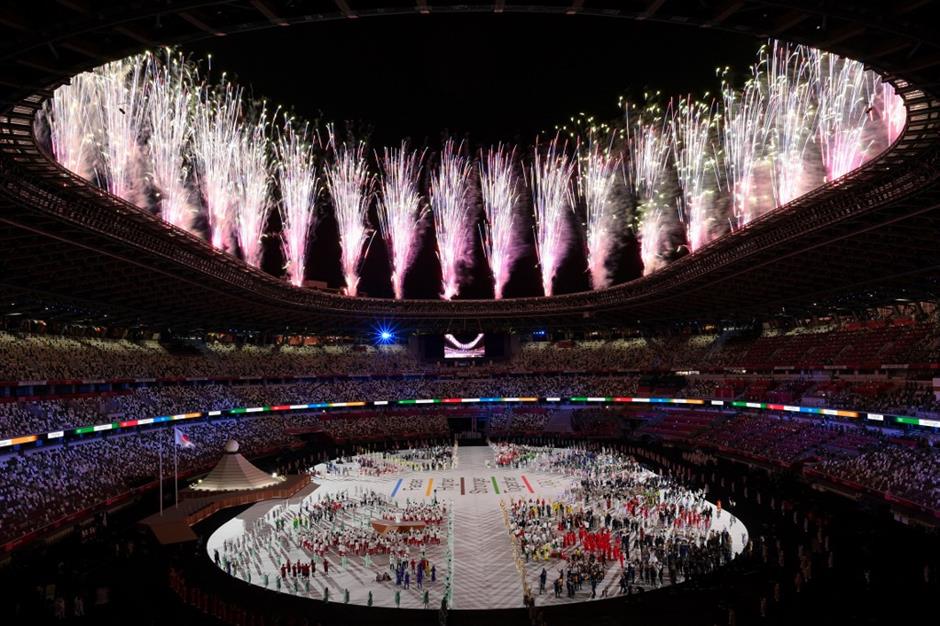 Fireworks go off around the Olympic Stadium during the opening ceremony on Friday.

The opening ceremony of the Tokyo Olympics took place on Friday in a nearly empty stadium after a year-long pandemic postponement and a build-up marred by scandal and controversy.

The stripped-back celebration began with a video showing athletes training at home during the pandemic, before fireworks burst into the air above the Olympic Stadium.

Just a few hundred officials and dignitaries were in the stands of the 68,000-seat venue, including French President Emmanuel Macron, US First Lady Jill Biden, and Japan's Emperor Naruhito, who will declare the Games open.

The Olympics have faced opposition in Japan over fears the global gathering of 11,000 athletes could trigger a super-spreader event, and is taking place under strict virus measures.

Overseas fans are banned for the first time in the history of the Games, and domestic spectators can only watch events at a handful of venues.

The restrictions made for an opening ceremony that was far from the usual exuberant celebration.

Every athlete entered the stadium wearing a mask, and the national delegations of athletes marching around the stadium were far smaller than usual, ranging from just a handful of people to a few dozen.

The ceremony wove together references to both Japan's traditional crafts and its globally adored video games, with athletes entering to theme music from famed titles.

Polls have consistently shown Japanese people are opposed to holding the Games during the pandemic, but hundreds of people still gathered outside the stadium and cheered as the fireworks exploded overhead.

Mako Fukuhara arrived six hours before the ceremony to grab a spot.

Inside, fewer than 1,000 dignitaries and officials were in the stands, and in a sign of how divisive the Games remain, several top sponsors including Toyota and Panasonic did not attend the ceremony.

Small groups of protestors demonstrated against the Games outside the stadium as the ceremony began, but their chants were drowned out as the music started.

Tokyo is battling a surge in virus cases, and is under emergency measures that means bars and restaurants must shut by 8:00 pm and cannot sell alcohol.

Olympic officials have put a brave face on the unusual circumstances, with IOC chief Thomas Bach insisting canceling the Games was never on the table.

"Over the past 15 months we had to take many decisions on very uncertain grounds," he said this week. "We had doubts every day. There were sleepless nights.

"We can finally see at the end of the dark tunnel. Cancellation was never an option for us. The IOC never abandons the athletes... we did it for the athletes."

There are also hefty financial incentives in play. Insiders estimate the IOC would have been on the hook for around $1.5 billion in lost broadcasting revenues if the Games had been canceled.

The pandemic has not been the only hiccup in preparations though, with scandals ranging from corruption during the bidding process to plagiarism allegations over the design of the Tokyo 2020 logo.

The controversies kept coming right up to the eve of the Games, with the opening ceremony's director sacked on Thursday for making a joke referencing the Holocaust in a video more than two decades ago.

When the full program of sport begins on Saturday, a new generation of Olympic stars are looking to shine after a decade dominated by the likes of Usain Bolt and Michael Phelps.

US swimmer Caeleb Dressel could target seven gold medals, and in track and field, 400 meter hurdlers Karsten Warholm of Norway and the USA's Sydney McLaughlin are among those hoping to emerge as household names.

New Olympic sports will also be on display in Tokyo, with surfing, skateboarding, sport climbing and karate all making their debut. 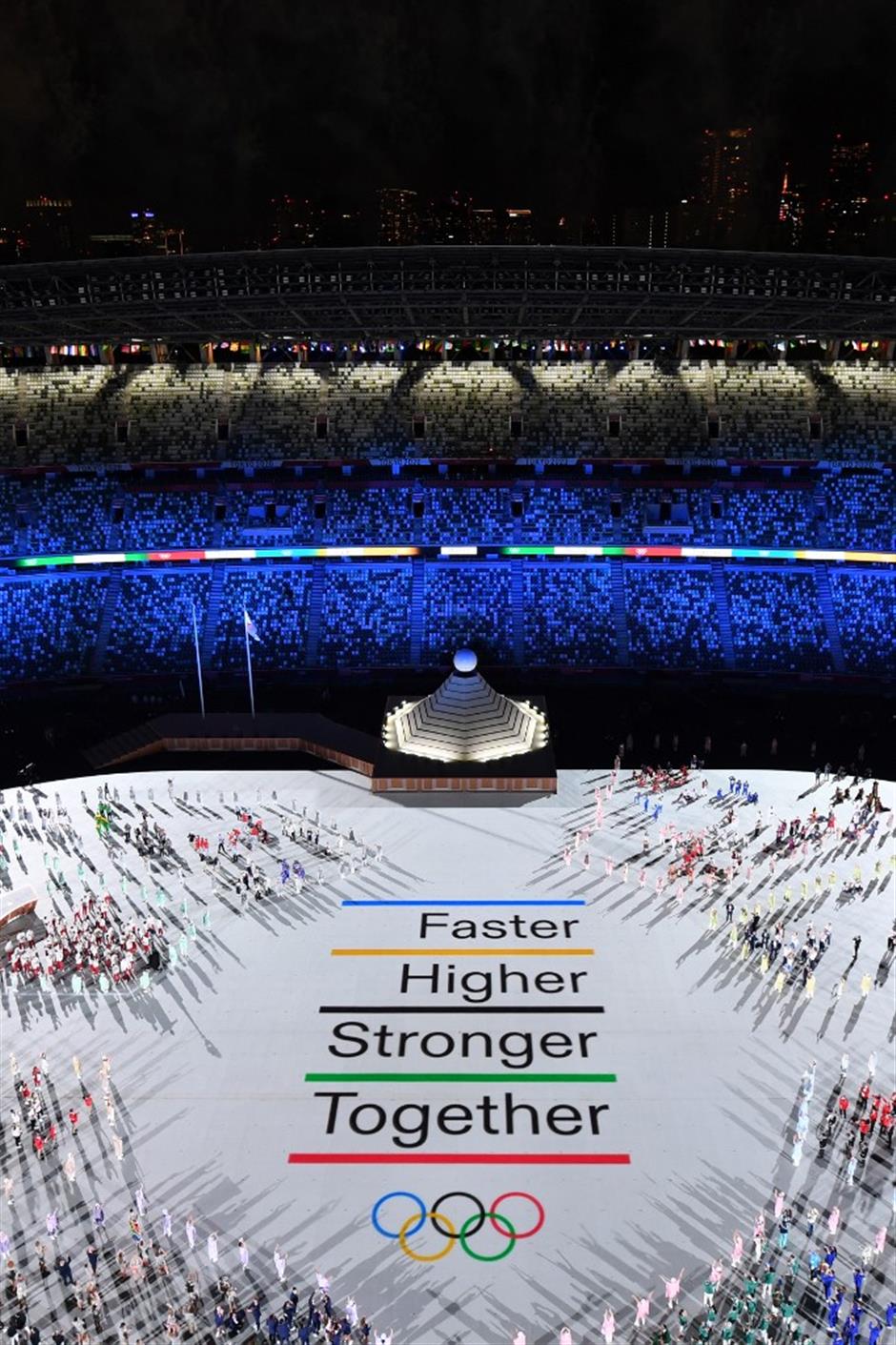