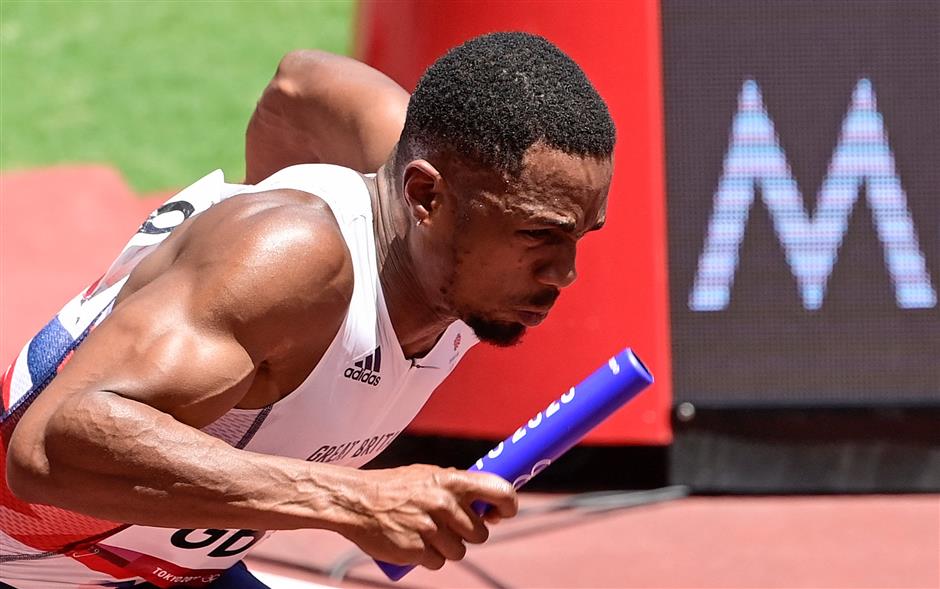 Britain's Chijindu Ujah competes in the men's 4x100m relay heats during the Tokyo 2020 Olympic Games at the Olympic Stadium on August 5.

British sprinter CJ Ujah, who won an Olympic silver medal in the 4x100m relay in Tokyo, was on Thursday suspended for an alleged anti-doping breach, the Athletics Integrity Unit announced.

If the case is proven, then 27-year-old Ujah and the British team will be stripped of the silver they won behind Italy in Japan.

The AIU said that Ujah was found to have "presence/use of prohibited substances ostarine and S-23, which are selective androgen receptor modulators (SARM)."

They are substances commonly used to build muscle.

In his most recent Instagram posting, Ujah wrote: "Stay focused ... Because truth is madder than fiction."

"The AIU now awaits the conclusion of the International Testing Agency proceedings against the above athletes, which will determine whether any anti-doping rule violations have been committed and what consequences (if any) should be imposed in relation to the Olympic Games," said a statement.

"Any consequences beyond the Olympic Games to be imposed upon the athletes under the World Athletics Anti-Doping Rules will be determined following the conclusion of the ITA proceedings."