More than 110 world records have been broken during the ongoing Paralympic Games, which will come to an end on Sunday. China now leads in both the number of gold and total medals. 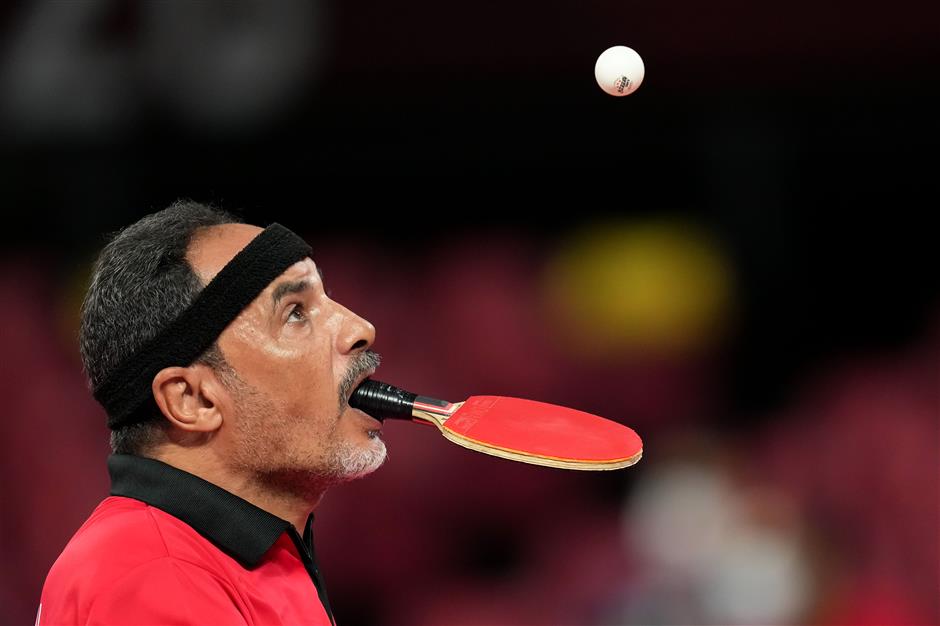 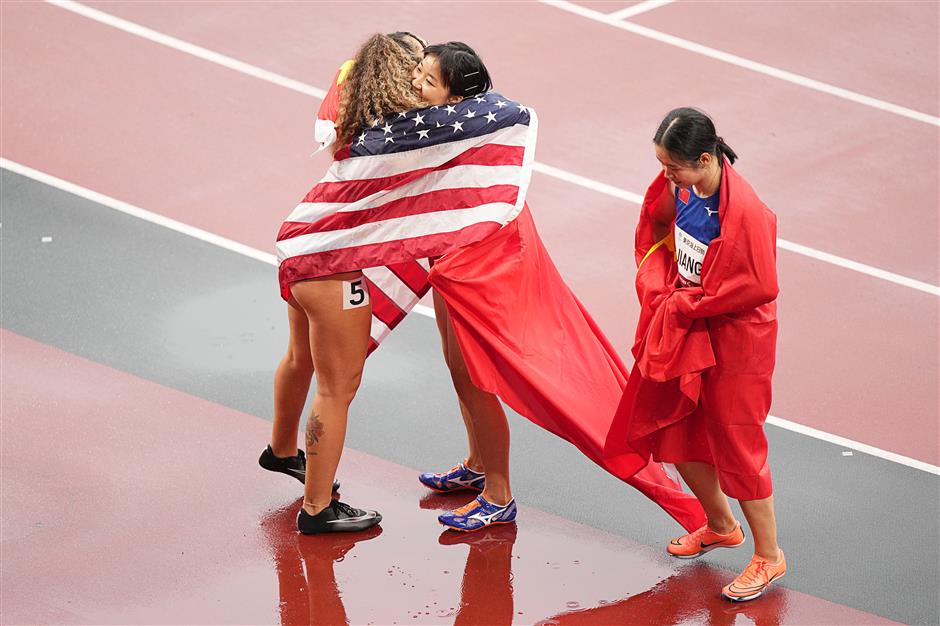 China's Wen Xiaoyan (middle) hugs Jaleen Roberts of the USA after winning the women's 100m (T37) with a new world record time of 13.00 seconds on Thursday. Roberts got the silver and China's Jiang Fenfen (right) won the bronze. 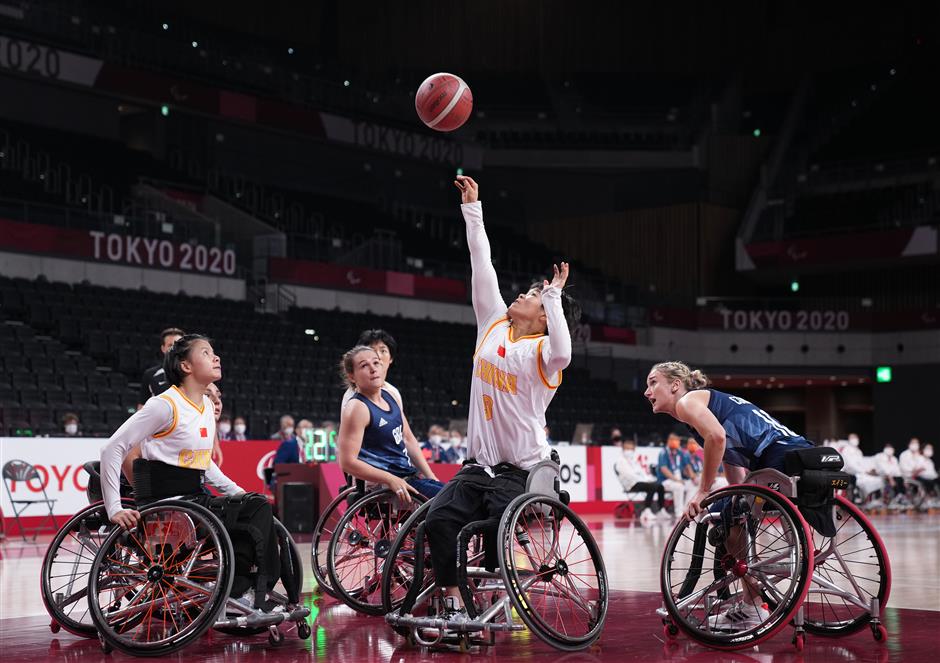 China's Lu Guidi shoots the ball during a quarter-final against team of UK in the women's wheelchair basketball competition on August 31. 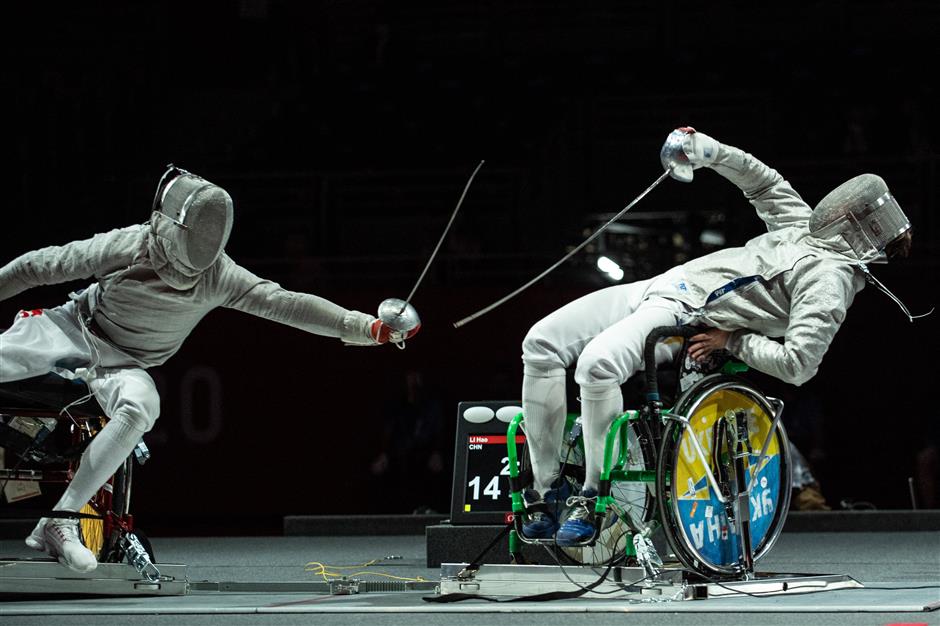 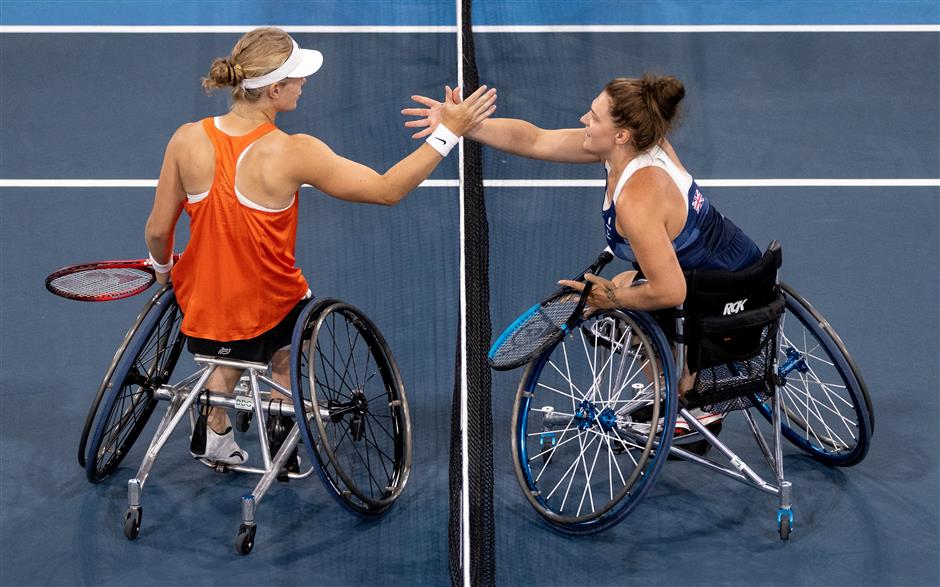 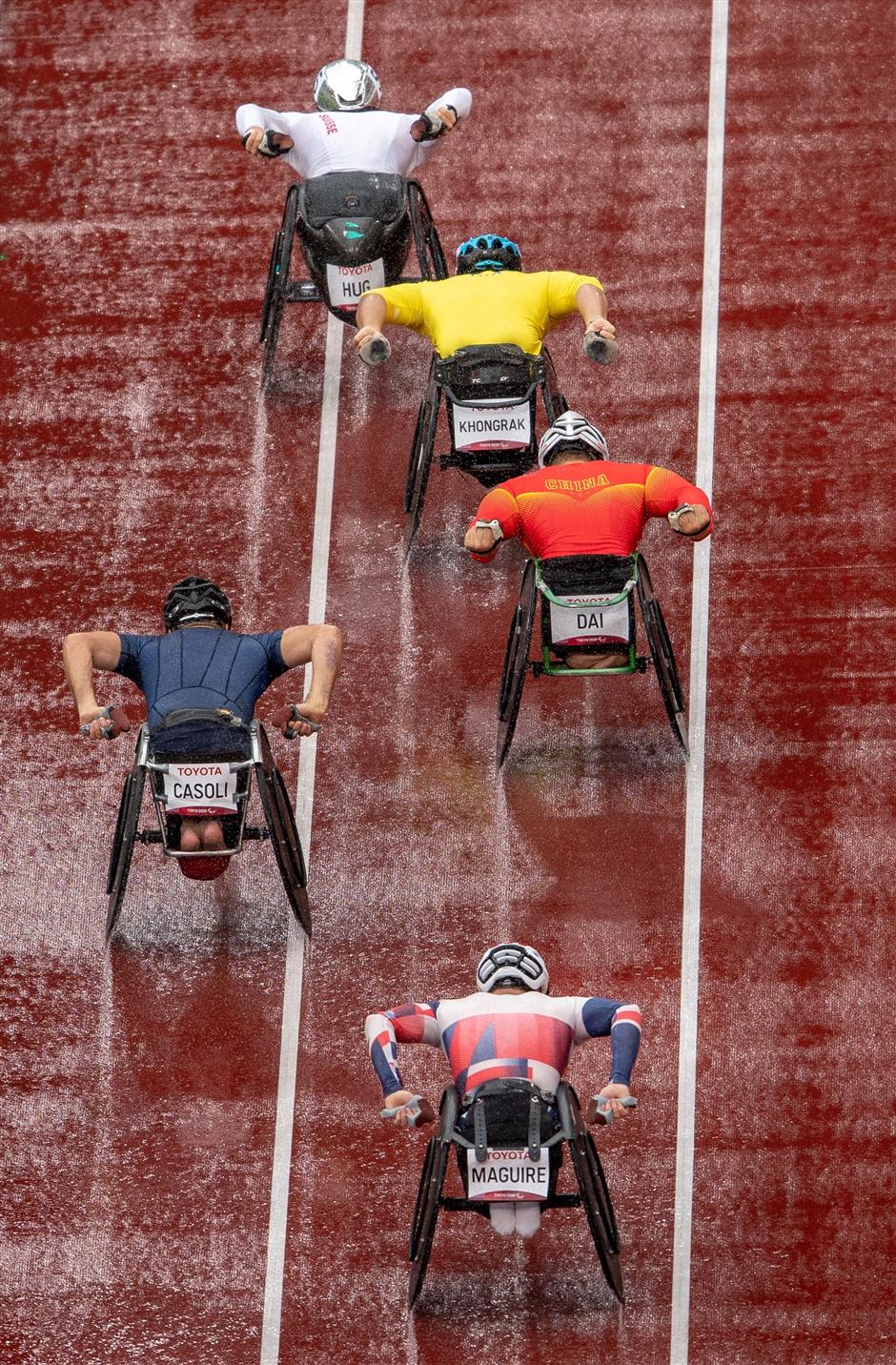 Athletes compete in the men's 800m (T54) at Olympic Stadium during the Tokyo 2020 Paralympic Games on Thursday.