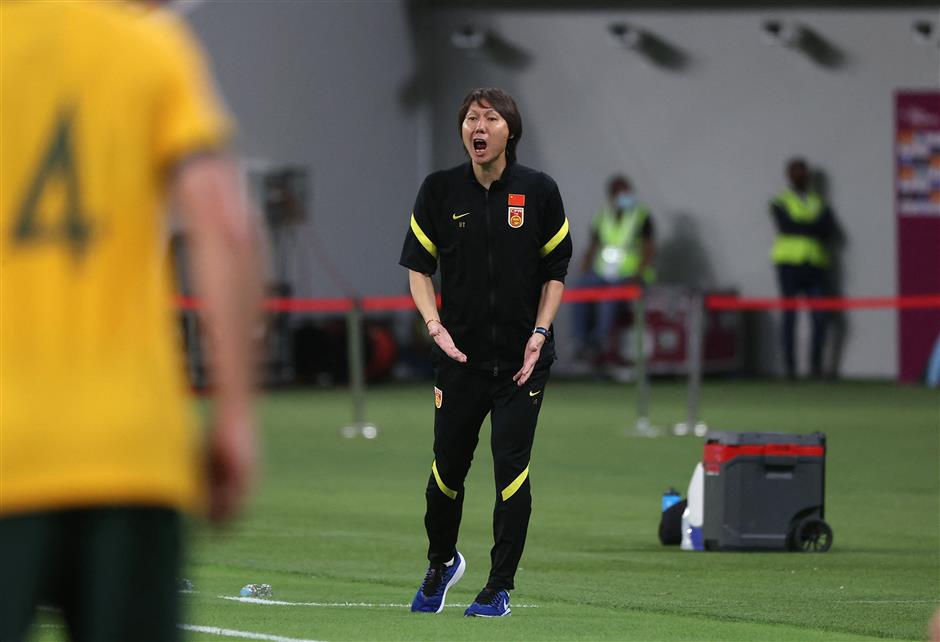 China head coach Li Tie is pictured during the FIFA World Cup Qatar 2022 Asian qualifier against Australia at the Qatar Sports Club stadium in Doha, in this September 2, 2021, photo.

An unexpected loss against unfancied Oman has left Hajime Moriyasu needing to lead his team to victory over China in Doha on Tuesday if the Japanese coach is to prevent pointed questions being asked about his future at the helm of the Samurai Blue.

Moriyasu's side slipped to a 0-1 loss against the Gulf state in last Thursday's opening game of Asia's final round of preliminaries for the World Cup as it looks to maintain a run of finals appearances that stretches back to 1998.

"We have put ourselves in a hole, so we just have to find a way to climb out of it," said captain Maya Yoshida after the defeat in Osaka courtesy of Issam al-Sabhi's 88th-minute strike.

The loss echoed a similar defeat to the United Arab Emirates at the start of qualifying for Russia 2018 five years ago. Japan bounced back then to progress to its sixth straight World Cup.

But the nature of the Oman defeat has Moriyasu concerned and the former Sanfrecce Hiroshima manager's line-up will be bolstered by the return of Takehiro Tomiyasu after the defender missed Thursday's match to complete his transfer deadline move to Arsenal.

Tomiyasu joins a squad that will be without Liverpool playmaker Takumi Minamino, who has withdrawn due to injury, and first-choice right back Hiroki Sakai.

"There are many aspects we need to address from this match, but we must first redeem ourselves from this loss," Moriyasu said.

"While reflecting on the match, we hope to build a positive vibe heading into our next match against China." 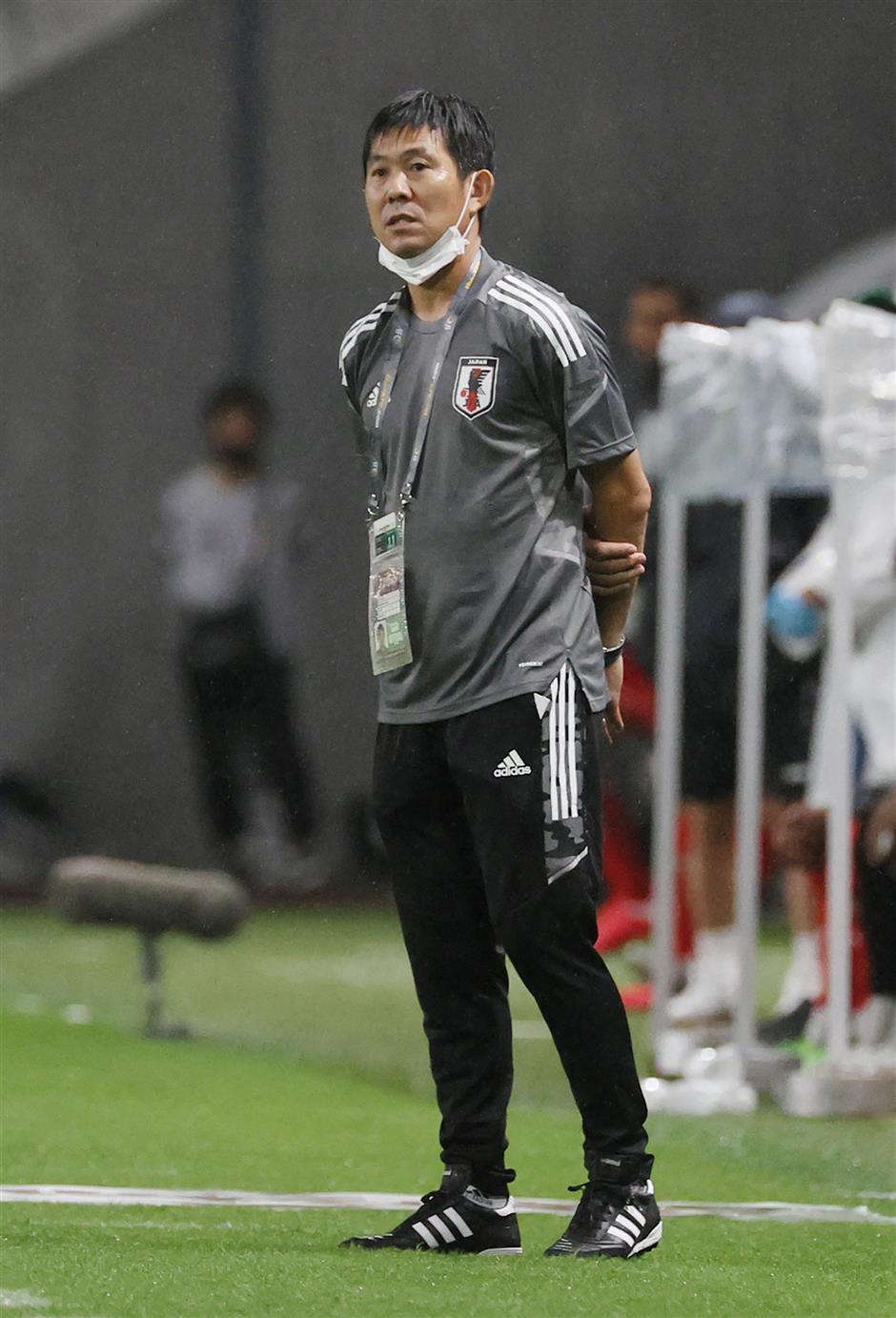 Japan takes on China in the second round of Group B matches with both sides in need of a positive result after Li Tie's team slipped to a demoralizing 0-3 loss against Australia.

Oman and Saudi Arabia lead the standings alongside the Australians, with Graham Arnold's team travelling to Hanoi to meet Vietnam.

Park Hang-seo's Vietnam side will host the Socceroos without key defender Do Duy Manh after he was sent off in a 1-3 loss in Saudi Arabia on Thursday.

In Group A, Iran will look to build on its winning start over Syria when it travels to Doha to face neighbor Iraq, which picked up a point against South Korea in the first game under new coach Dick Advocaat.

The Koreans will host Lebanon in a re-run of the game Paulo Bento's side won in the previous round of qualifying as Syria meets a United Arab Emirates side seeking its first win after being held to a scoreless draw by the Lebanese.

The top two finishers in each six-team group will qualify automatically for next year's World Cup with the third-place finishers progressing through a series of playoffs for a possible fifth Asian berth.