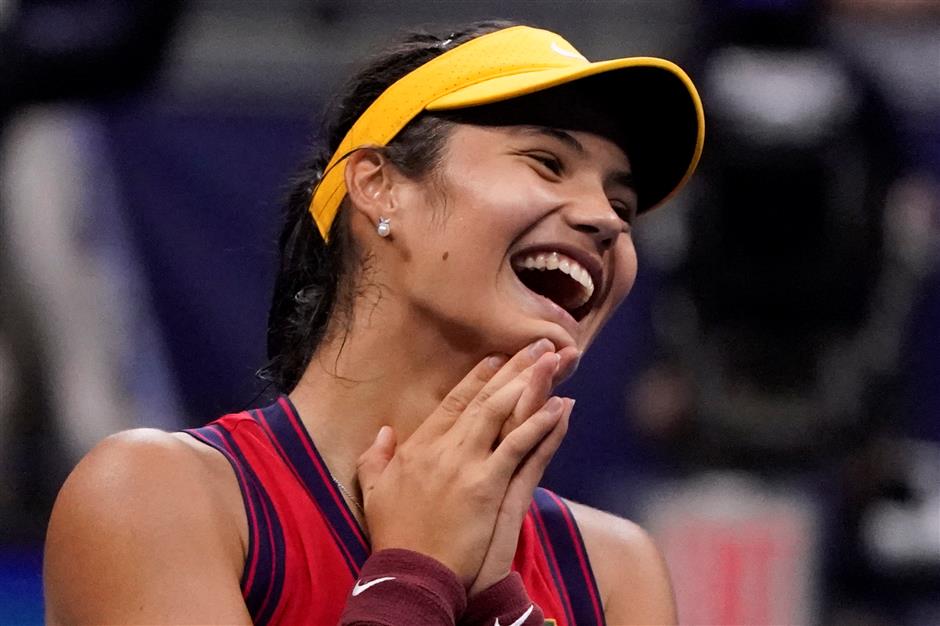 Emma Raducanu became the first qualifier to reach a Grand Slam final. Now the 18-year-old British sensation is one step from a historic US Open title.

And a major reason for her success is influence from her Chinese heritage and the example of Li Na, China's first Grand Slam champion.

"I just can't believe it," Raducanu said. "A shock. Crazy. All of the above. It means a lot to be here in this situation."

"I wanted to be playing Grand Slams but I didn't know it would be this soon. To be playing a Grand Slam final at this stage of my career, I have no words."

But she has ties worldwide. Raducanu was born in Canada to a Romanian father and a Chinese mother before the family moved to England when she was 2.

"For me, having a Chinese mom, she definitely instilled in me from a young age hard work and discipline," Raducanu said.

"Her inner strength and belief definitely stood out for me," Raducanu said.

"The amount of mental strength and resiliency she showed, that match still sticks in my mind to this day," Raducanu said.

"And I don't want to get ahead of myself," she added. "But there's all to play for on Saturday."

Raducanu is the youngest Slam finalist since 17-year-old Maria Sharapova won at Wimbledon in 2004.

She became only the second woman ranked outside the top 100 to reach a US Open final after unranked Kim Clijsters came out of retirement and won the 2009 US Open.

Raducanu could become the first US Open champion not to lose a set since Serena Williams in 2014.

The prodigy said she was unaware of reaction back home in Britain.

"Thank you to anyone who is following any of the results," she said. "I'm very appreciative of all of the support.