Tennis champ reaches out to China with Weibo account 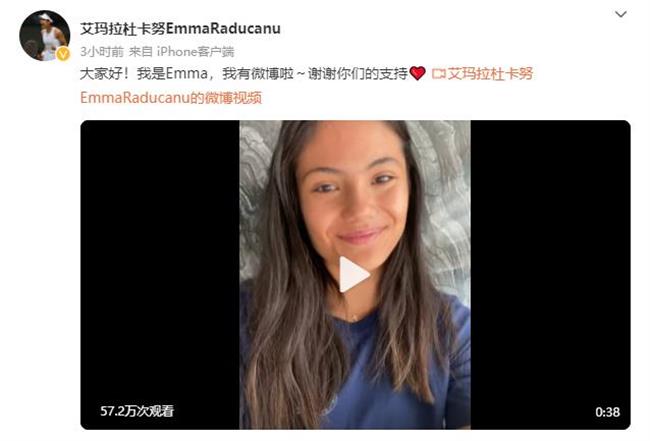 Eighteen-year-old US Open winner Emma Raducanu today launched an account on Chinese social media Weibo, posting a video in fluent Chinese and promising her fans to play in China next year.

Chinese netizens welcomed the tennis sensation with an overwhelming wave of encouragement and praise for her fluent Chinese.

Some pointed out that she spoke with a slight accent from northeast China, reckoning it might come from her mother, who is from Shenyang, Liaoning Province.

Raducanu miraculously won this year's US Open women's singles and shot in the rankings to be the No. 1 British tennis player.

In her first appearance at a major tournament, she had earlier reached the fourth round of this year's Wimbledon Championship.

With just 400,000 Instagram followers before the US Open, she now has over 1.8 million and achieved global fame.

Raducanu was born in Toronto, Canada, to a Romanian father and a Chinese mother and moved to the UK with her family as a 2-year-old.