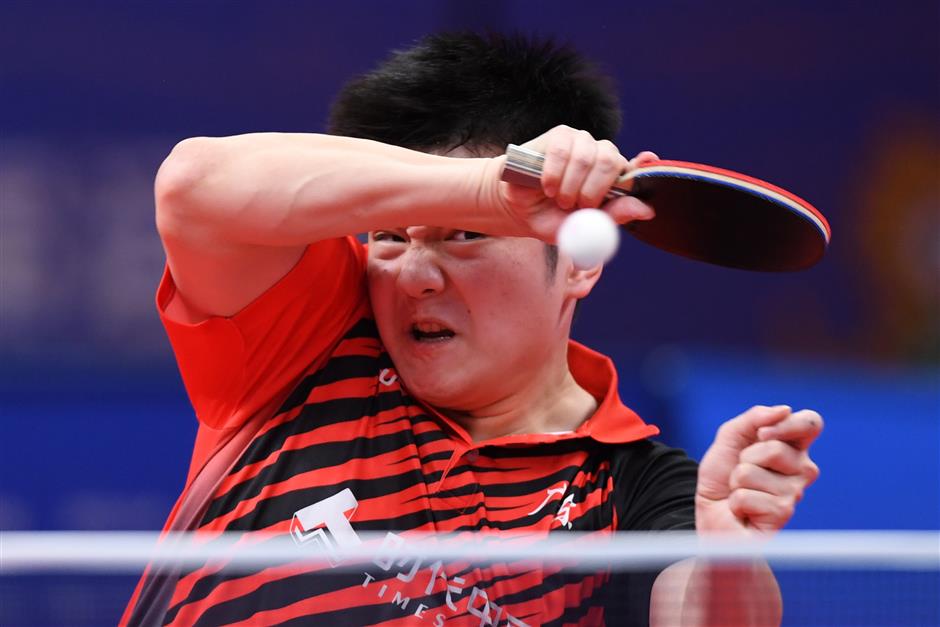 The moment Fan Zhendong scored a win-sealing point against table tennis Grand Slam winner Ma Long, his Guangdong teammates rushed in to give him a big bug.

Fan, 24, saved five match points in the deciding set to edge Ma and led Guangdong to the top of the podium in table tennis men's team final at China's 14th National Games on Tuesday night.

"This is a tough match. Ma always changed the rhythm with his experience, and gradually took the game into his hands. I didn't figure it out quite well," admitted Fan who was teamed up with Ma Long and Xu Xin to grab the men's team gold medal at the Tokyo Olympics last month.

Fan attributed the victory to his unwavering belief in adversity.

"At that time, maybe belief is more important than skills. I just concentrated on every point without thinking about anything else when I trailed. I told myself to never give up," he explained.

As two paddlers at their peak, Fan and Ma have competed head-to-head in the final of several major tournaments in recent years, with the latest taking place in the Olympic men's singles final where Ma achieved a historic title defense.

"When you play against a player like Ma, you need to learn something from him in this process. We have played many times in international and national competitions. Every time I face him, I want to win and will do my best to win. Although the victory is not always on my side, it has not affected my determination and confidence in achieving it," said Fan.

"I think this is one of the matches that I won't forget in my career," added the world top-ranked paddler.

"Win or lose, this is the competitive sports. You never know what the result is until the final point," commented the 32-year-old Ma, who has five Olympic gold medals under his belt. "Fan well deserved the win."