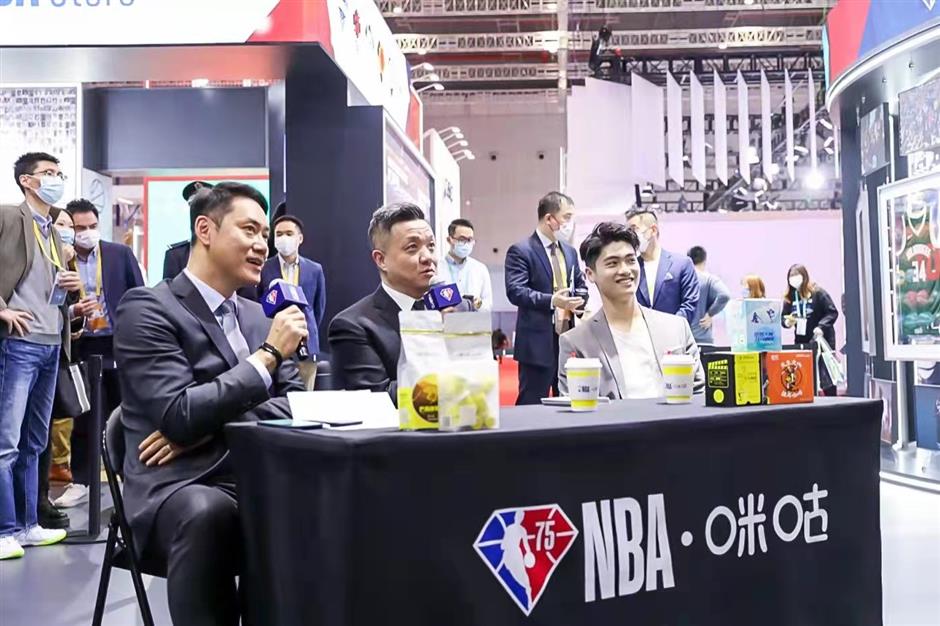 The commentary area of the National Basketball Association's temporary broadcasting studio at the China International Import Expo in Shanghai.

Fan of the National Basketball Association are being promised upgraded match-watching experience as China Mobile's digital entertainment platform Migu applies 5G+ and other high-end technologies to match broadcasting and other services.

A temporary broadcasting studio has been set up at the NBA's exhibition area at the ongoing 4th China International Import Expo in Shanghai. Apart from showing live NBA matches, Los Angeles Lakers legend and former star player Earvin Johnson also "showed up" at the studio with the help of Migu's 5G and holographic projection technology.

The NBA and Migu have been commercial partners since 2018.

According to a recently reached agreement, which was announced at the CIIE, Migu will provide upgraded immersive match-watching and match-review experiences to both big screen and mobile terminal users with its latest technologies. The 5G+ lab, virtual reality match watching, NBA-themed video ring tones and a batch of online and offline fan activities will also be introduced.

Migu will also take part in NBA China's charity and youth development events, and donate sports facilities to schools in poverty-stricken areas. About 1,000 new basketball courts will be built around the country in the next five years. Some of them will be equipped with 5G+ DICT technology. 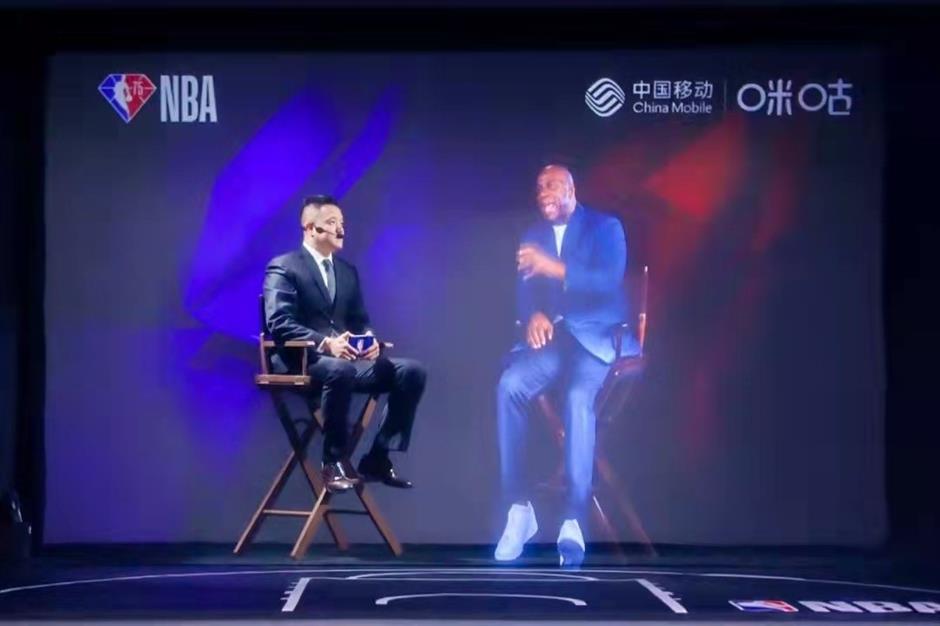 Meanwhile, the NBA announced at the CIIE that the first NBA Dreamcourts Preview Center in China will be set up at the Wuzhong Economic and Technological Development Zone in Suzhou, neighboring Jiangsu Province.

The center serves as part of NBA's partnership plan with Harves Entertainment to build six immersive NBA entertainment and experience centers in China.

The NBA Dreamcourts Preview Center is expected to be put into use next year. It will be equipped with interactive gaming facilities, NBA-themed restaurants and other entertainment choices to enhance the American basketball league's connection with its Chinese fans. 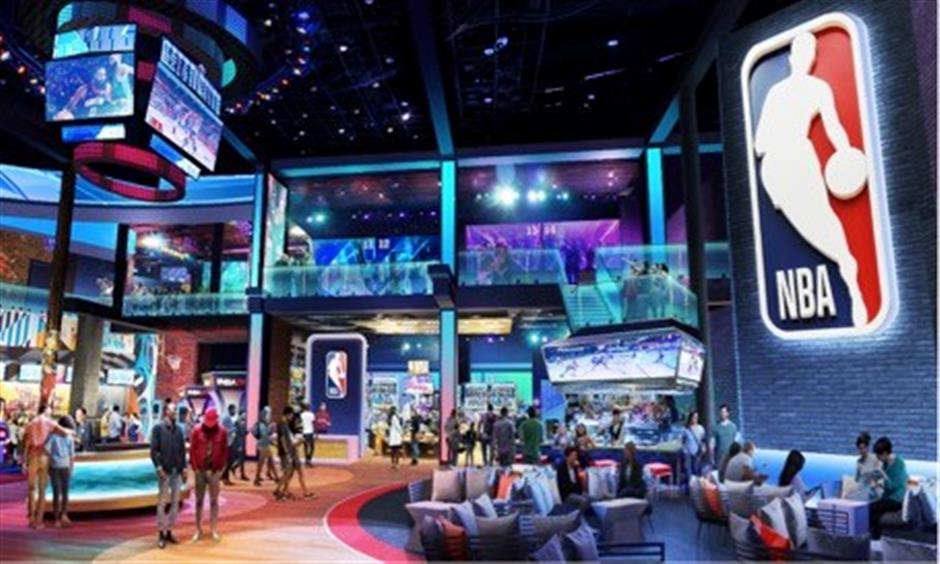 The NBA Dreamcourts Preview Center in Suzhou, neighboring Jiangsu Province, is expected to be put into use next year.