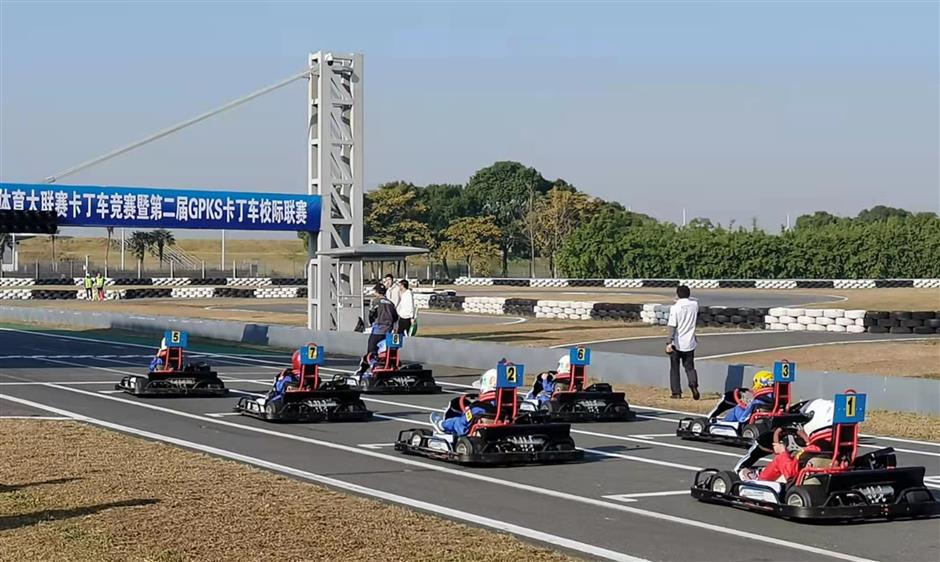 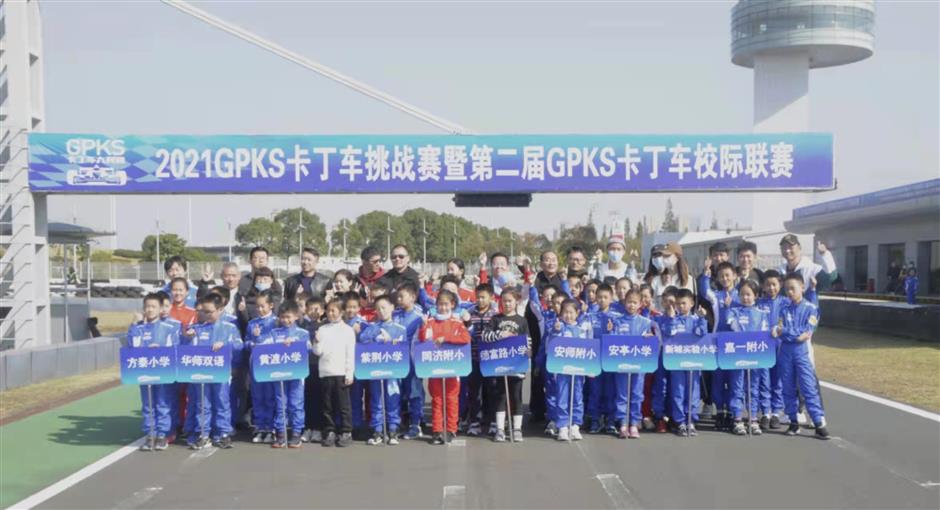 The racing students pose on the circuit.

Karting courses were introduced in primary schools in the suburban district three years ago to foster children's interest in motor racing.

The campus league, in its second year, serves as a "final exam" for the young drivers who, this year, came from 10 schools – 4 more than the inaugural edition.

Each school sent four students to compete in three individual races and a team competition.

According to Shanghai Jiupu Sports Culture Communication Co, the organizer, karting courses have been introduced in 13 Shanghai schools in the past three years, attracting nearly 1,000 students. Another 17 schools will be involved in the new semester next year.