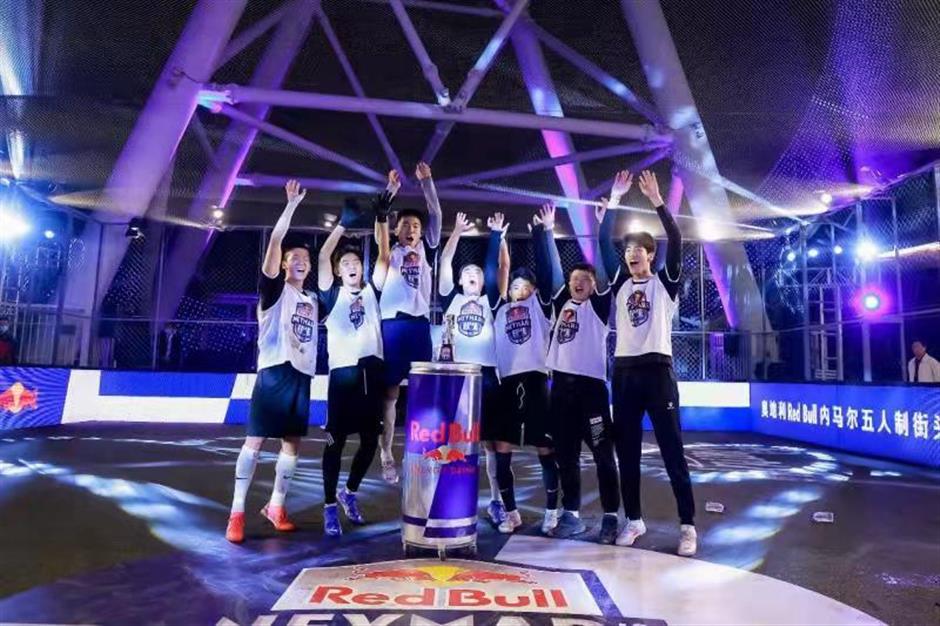 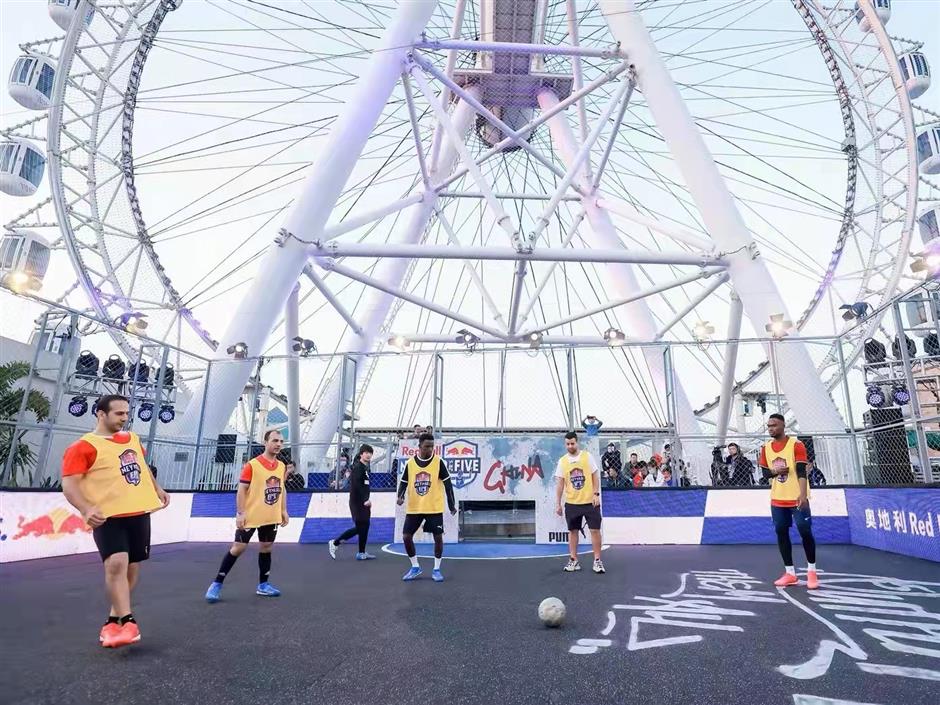 The final matches were held on the roof-top pitch at Joy City in Jing'an District.

Shanghai's One Punch Man team was crowned as the national champion of the Red Bull Neymar Jr's Five, a global amateur urban football tournament that entered China for the first time.

After the first three stops in Beijing, Chengdu in Sichuan Province and Guangzhou in Guangdong Province, the tournament held the fourth leg and the finals of its inaugural China edition in Shanghai on Sunday.

The top two teams of each city were joined by three invited teams to compete in the finals at Joy City in downtown Jing'an District.

Launched in 2016, the five-on-five Red Bull Neymar Jr's Five has already been introduced to 34 countries around the world before coming to China. In each country, regional qualifiers play in one city for the national finals.

The national winners then gather at the Instituto Projeto Neymar Jr, Praia Grande in Brazil for the global final. Participants have a chance to compete against a star team led by star Brazil striker Neymar.

However, due to the COVID-19 pandemic, the Chinese champion team will have to miss this year's global final.

The tournament attracts spectators with its interesting rules and fast pace.

According to the rules, each team sends five players who must wear bibs numbered 1 to 5. There is no goalkeeper, and each match lasts for 10 minutes. When one team scores a goal, the other team loses a player. The winner is the team with most players on the field after 10 minutes.

Thanks to the interesting rules and fast match pace, the tournament, tagged as a typical example of street football, attracted a lot of spectators in cities it visited in China.

During the Shanghai finals, 11 teams took part in the round-robin and knockout rounds before Shanghai team One Punch Man and Guangzhou's Tote set up a final clash.

After a fierce 10 minutes, neither side managed to score, so that the match entered the one-on-one extra time. One Punch Man captain scored the winning goal in his first attempt, helping his team raise the championship trophy.