Pandemic-hit sporting world had much to cheer

As the COVID-19 pandemic continues to rip through the sporting world for the second straight year, prompting tighter protocols, postponed games and limited stadium capacity, there was still something to cheer for in 2021. For starters, the delayed 2020 Tokyo Olympic Games began with apprehensions but ended in joyous celebrations, motor racing got a new champion, and Shanghai-based EDG did the city proud by clinching its first eSports world title. All eyes are now on the 2022 Beijing Winter Games. 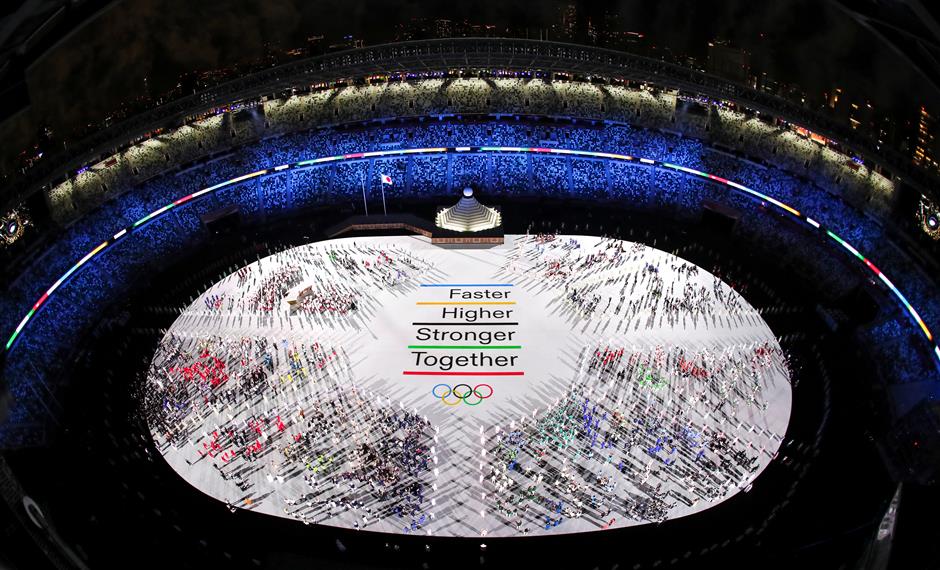 Despite the pandemic, the delayed 2020 Olympic Games were held in Tokyo this year.

Despite fears and justified apprehensions, the delayed 2020 Olympic Games were held in Tokyo from July 23 to August 8. In an unprecedented decision, the International Olympic Committee allowed "Tokyo 2020" to retain the name. The Olympics was delayed for the first time in its 124-year history.

Chinese athletes came back with 88 medals, including 38 gold. The US topped the standing with 113 medals that included 39 gold.

Sprinter Su Bingtian made history by becoming the first Chinese to qualify for the Olympic men's 100m finals, scorching to an Asian record of 9.83 seconds in the semifinal. With him in the lead, China's men's 4x100m relay team fell just short of a podium finish for the second Games in a row, finishing fourth with 37.79 seconds that tied the national record. 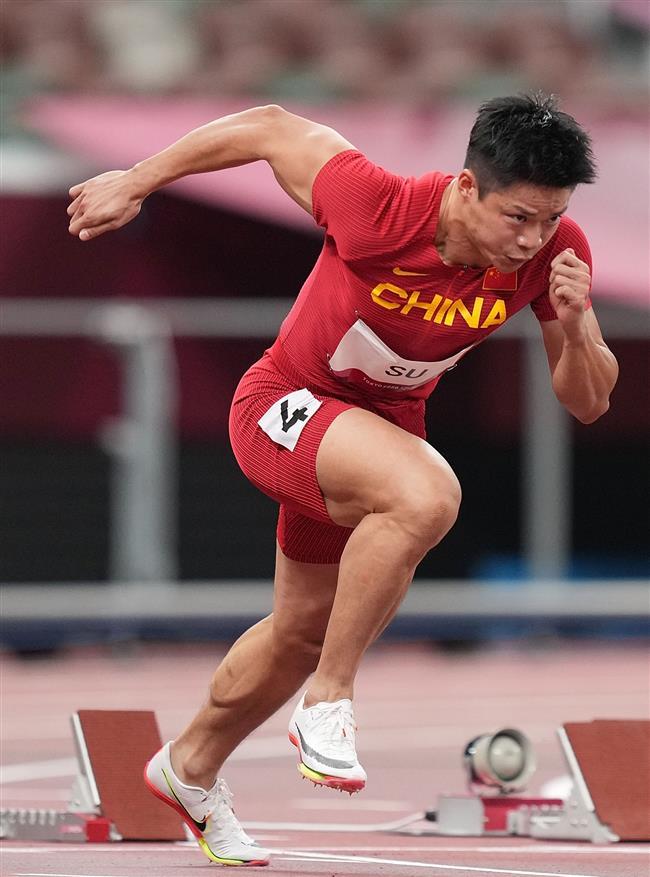 For shot putter Gong Lijiao, Tokyo was the place where her long-cherished dream came into reality. Competing in her fourth Olympic Games, Gong finally stood on the top of the podium for her maiden gold medal. She has a silver and a bronze from previous Games.

The 2022 Winter Olympic Games will take place in three competition zones – Beijing, Yanqing and Zhangjiakou – between February 4 and 20. The Paralympic Winter Games will be held from March 4 to 13.

The inaugural Head of Shanghai River Regatta was held on the Suzhou Creek on October 23 and 24. The event attracted both professional and amateur rowers from the country who competed in a 4.2-kilometer chase and a 500-meter city dash.

Each team consisted of eight rowers and a helmsman. And depending on the experience, they were placed in three categories – professional, college teams and clubs. There were groups for all-male teams, all-female teams and mixed teams.

The 4.2km race started from Puji Road Bridge in Jing'an District and ended at the landmark Waibaidu Bridge in Huangpu District. The route had six major turns, going past some signature constructions along the creek, including the Sihang Warehouse, the General Post Office Building and Broadway Mansions. 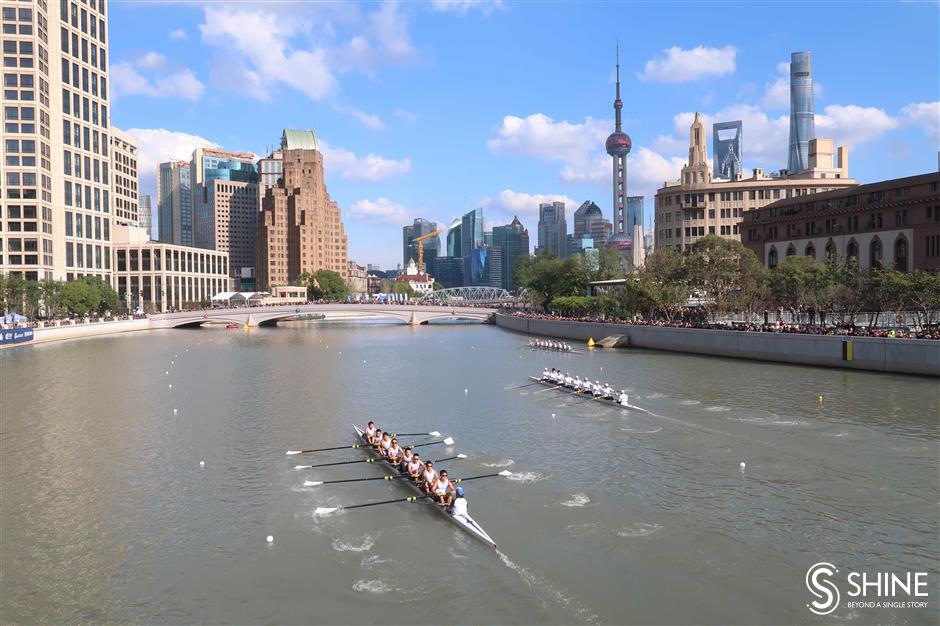 The inaugural Head of Shanghai River Regatta was held on the Suzhou Creek in October.

The regatta is Shanghai's second local-brand competition after the Shanghai International Marathon. More teams and rowers will be invited to the regatta in the future when the pandemic eases.

This year's Shanghai Marathon, which was scheduled for November 28, had to be called off due to the pandemic.

In November, Formula One team Alfa Romeo named Shanghai-born racer Zhou Guanyu as the second driver for the Italian team to compete in the 2022 season.

The 22-year-old thus becomes China's first-ever F1 driver, and will team up with Finland's Valtteri Bottas when the new season starts in March.

After finishing third in the driver's standing in the 2021 F2 season, Zhou immediately joined Alfa Romeo for post-season testing in Abu Dhabi. He completed 119 laps and managed the fifth-fastest lap time among all drivers. 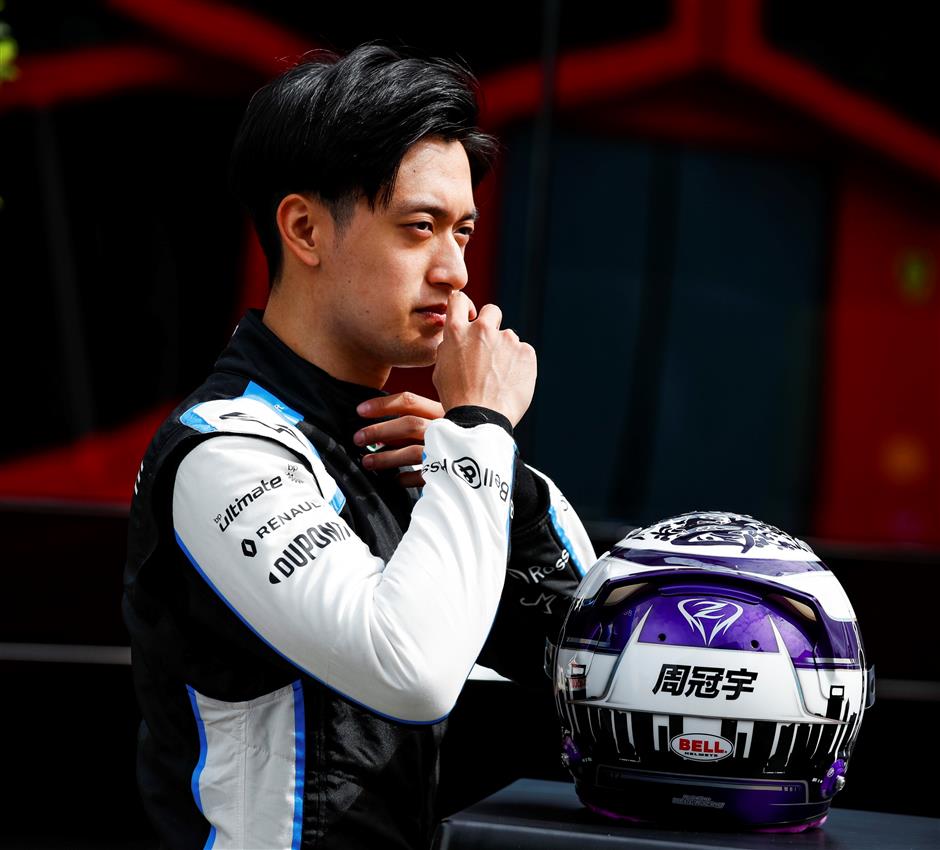 Zhou has picked 24 as his car number as a tribute to his idol Kobe Bryant. The Los Angeles Lakers basketball icon was killed in a helicopter crash in California in January 2020.

Zhou, who is based in Britain, will rest for a few weeks before joining his new teammates in the middle of January to prepare for the new season.

"There is a lot of work to do during preparation, including simulator practice, communication with the team and winter testing. So I won't have time to go back to China for the Spring Festival," said Zhou, who took up karting at the age of 7 and moved to the UK later for a more competitive racing environment.

Unfortunately for local fans, the Chinese Grand Prix is not on the 2022 calendar due to COVID-related travel restrictions. But Zhou's participation is encouraging enough for China's motor-racing fans, who now have one more reason to follow the races.

Dutch driver Max Verstappen clinched his first Formula One world title in a dramatic manner at the season-ending Abu Dhabi Grand Prix on December 12. But controversy raged after Lewis Hamilton's Mercedes team protested twice, both of which were rejected.

The two drivers began the race level on points. Just as it seemed Hamilton was heading for his eighth world title, Verstappen took advantage of a crash that effectively set up a one-lap dash for the title. The 24-year-old Red Bull driver then pulled away to take the checkered flag.

For years, F1 didn't have a compelling end to a championship like this. The Mercedes team lodged appeals over the result, claiming the rules governing safety car procedures had been breached. But the stewards stood by their decision.

Finnish driver Kimi Raikkonen of Alfa Romeo did not complete his race due to malfunctioning brakes. The 2007 world champion called it a day after a record 349 races.

This was the maiden LoL world championship title for the Chinese club, which has six domestic league titles to its name but never made it to the last four at the worlds before.

EDG was the only non-South Korean team in the last four and was seen as the underdog before the final. It also became the third Chinese team to win the LoL worlds, after Invictus Gaming in 2018 and FunPlus Phoenix in 2019.

The Chinese national men's football team could only manage 5 points from six games in its 2022 World Cup qualification campaign, and now faces a near-impossible task of clawing its way back to qualify for the FIFA showcase in Qatar next year.

Head coach Li Tie resigned earlier this month. The former national midfielder and Everton player apologized for dragging the Chinese side into controversies before his resignation – Li had erased the logo of the team's sponsor in the photos he had posted on his social media account. He was also accused of using his role as China's head coach to promote several products on his social media account. 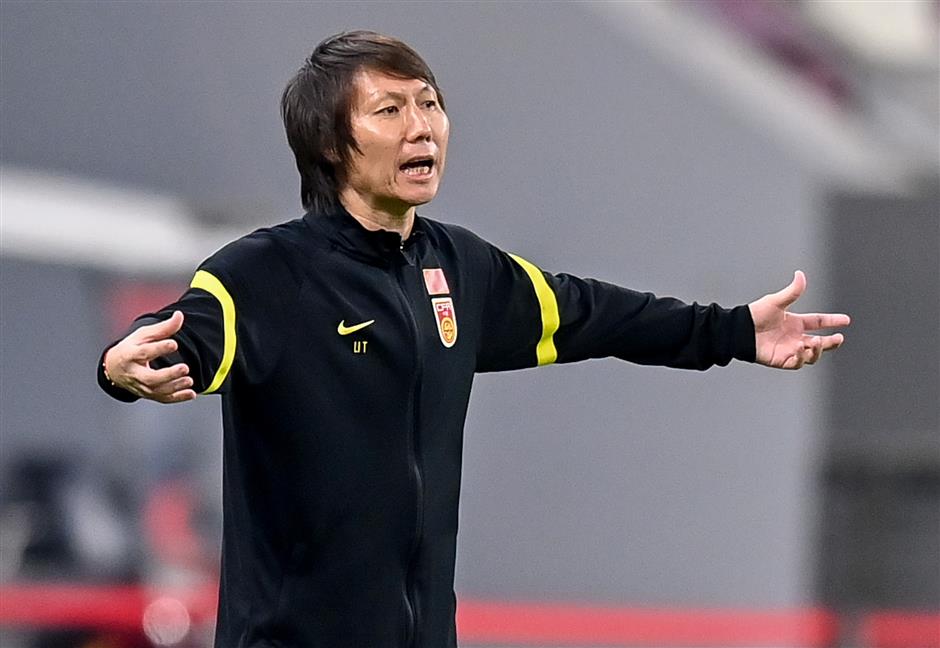 Italy claimed the European Championship for the first time since 1968 as penalties came back to haunt England in the final, which was held at London's Wembley Stadium on July 11. Italy won the shootout 3-2 after the game finished 1-1 after extra time.

It was the first Euro final to be decided on penalties since Czechoslovakia beat West Germany in 1976. The result was wildly celebrated in Italy after they had lost the final in 2000 and 2012. 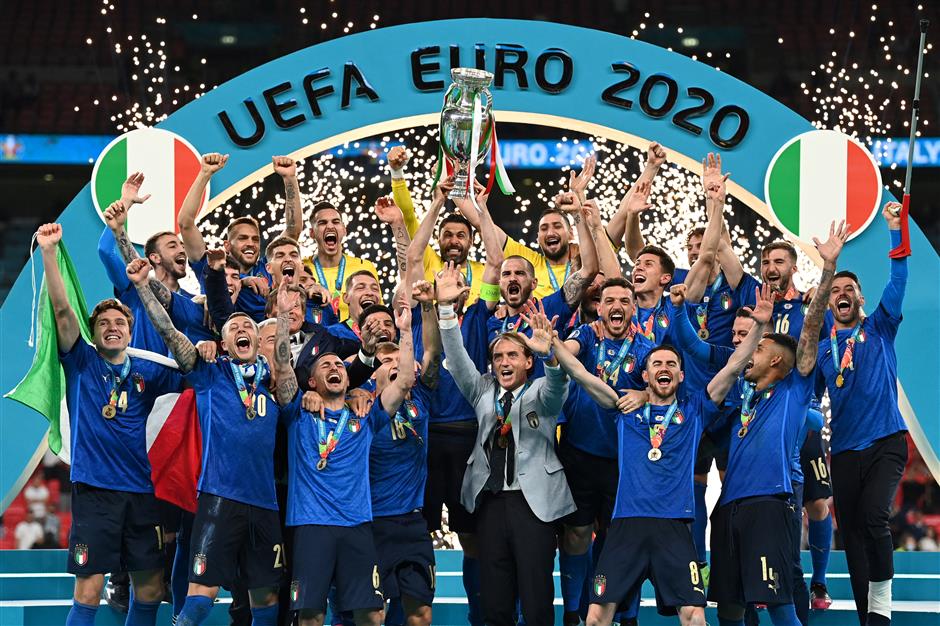 The 34-year-old admitted that winning the Copa America with Argentina might have been the determining factor in him claiming the men's Ballon d'Or prize for the seventh time after a turbulent year.

More than 12,000 athletes took part in the 14th National Games, which was held in northwest China's Shaanxi Province, from September 15 to 27.

The athletes represented provinces, municipalities, autonomous regions, the Hong Kong and Macau special administrative regions, the Xinjiang Production and Construction Corps, the sporting associations of the railway and coal-mining industries, as well as sports institutes and clubs, in the quadrennially held event.