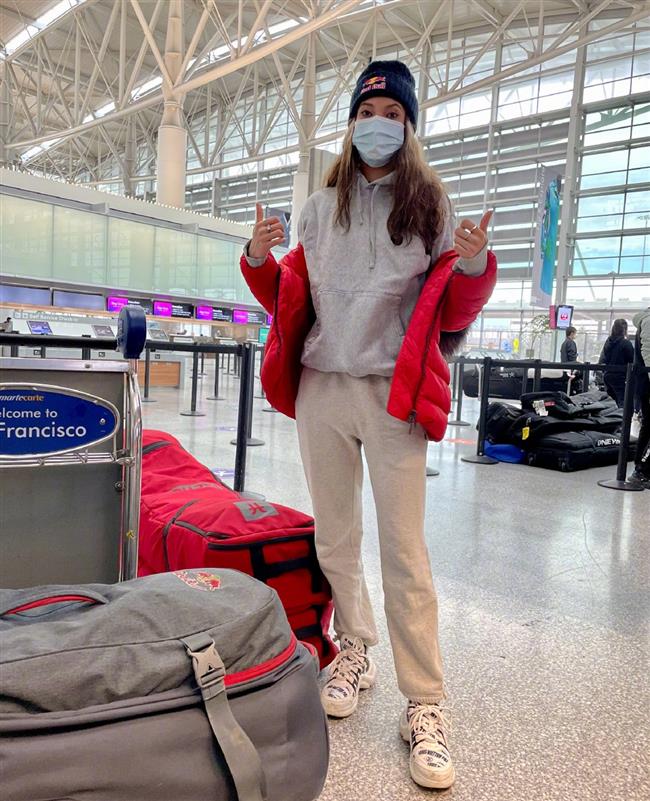 China's freestyle skier Eileen Gu announced her arrival in Beijing to her 1.3 million followers on China's Weibo platform late on Tuesday, as the 18-year-old prepares to take part in the upcoming 2022 Winter Olympics.

Gu, who is also known in China by her Chinese name Ailing and whose mother is from Beijing, is one of Team China's best-known athletes.

After starting her career competing for the United States, she switched to representing China in 2019, winning a number of titles for the country over the past two years.

As part of the Olympic bubble, Gu can skip the standard three-week quarantine and hit the slopes right away, although she cannot travel freely while in China.

Gu's sporting prowess, fluent Mandarin, and recent brand endorsements for a wide range of Chinese companies, from tech giant JD.com to dairy producer Mengniu Dairy, have turned her into a fan favorite in China.

Advertisements starring Gu, who is also a highly sought-after model, have visibly increased at bus stops and subway stations all over Beijing in the run-up to the Olympics. 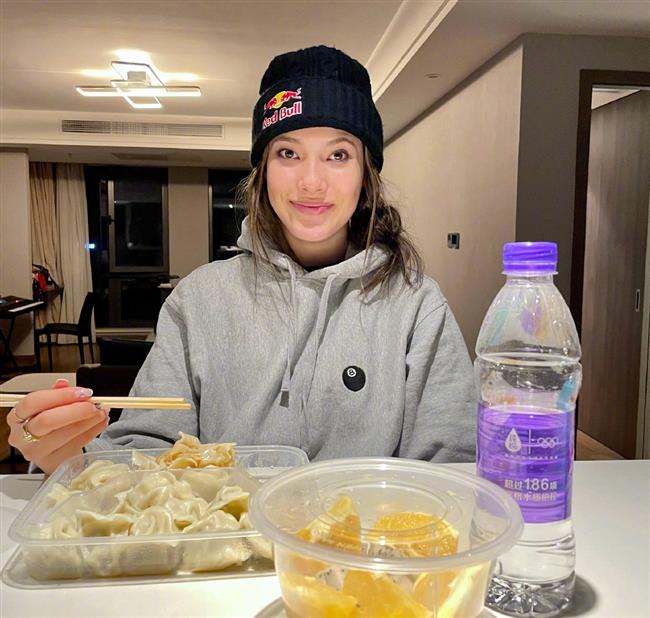 Gu Ailing posts a photo of her eating dumplings after arriving in Beijing.

"Beijing dumplings, finished eating all of them," she wrote in Chinese in her Weibo post, accompanied by a picture of her holding chopsticks to eat the local specialty.

Her post was warmly welcomed by her fans, many of whom described it as a homecoming of sorts.

"Was it tasty Ailing, welcome back, this will forever be your home ground," wrote user Regardeca. 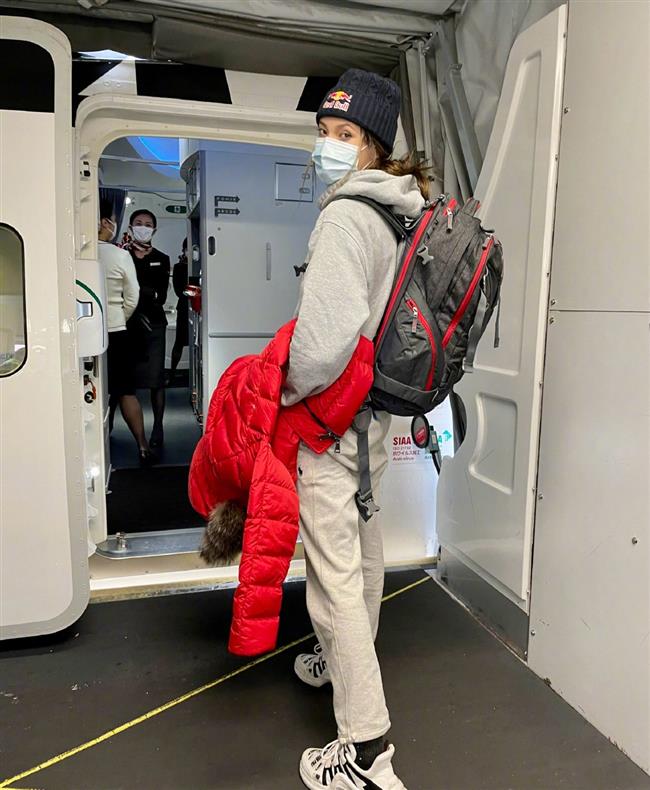 Gu Ailing is pictured boarding a plane for Beijing.