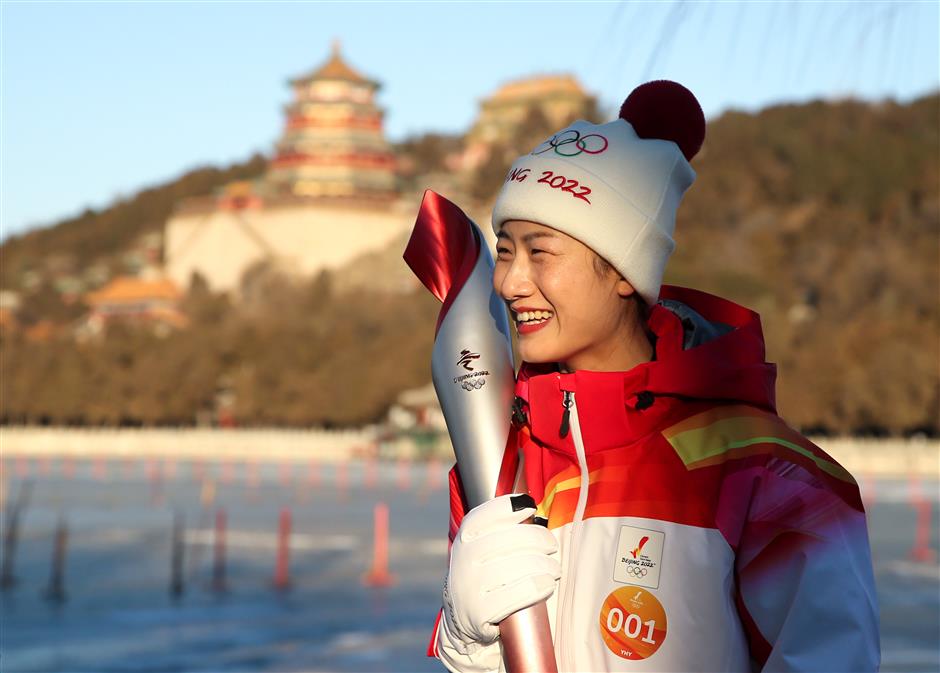 Ding Ning, table tennis Olympic medalist, smiles as she holds the torch in the final stretch of the Olympic torch relay in Beijing today.

The Olympic torch relay began its final stretch on Friday through former imperial gardens in northwest Beijing, with Chinese Olympic medalist Ding Ning among those carrying the flame.

Torch-bearers on a cold sunny morning ran past the bridges, pagodas and frozen lakes of the Summer Palace, built by China's last imperial dynasty.

"Then (in 2008), I was still striving toward my Olympic dream," said Ding, a table tennis player who won gold at the 2016 Games in Rio de Janeiro and silver in 2012. "Now to be able to participate in the Winter Olympics as a torch-bearer is a rare chance, so I'm very happy."

Other torch-bearers on Friday included a Beijing opera artist and the head of a traditional Chinese medicine hospital.

The relay will end with the lighting of the Olympic cauldron at the opening ceremony at the Bird's Nest Stadium.