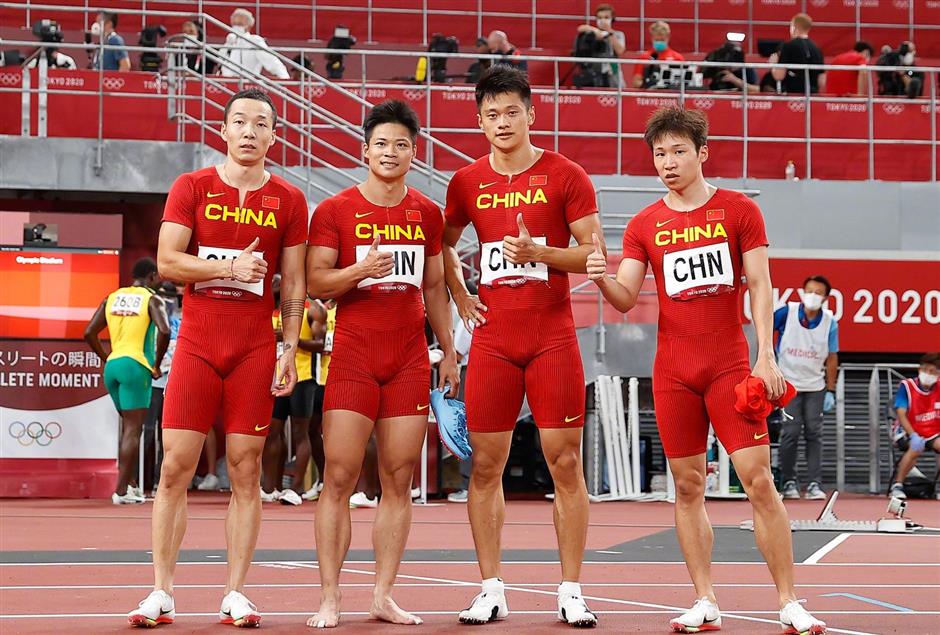 China is expected to bag its first Summer Olympic sprinter medal after Britain's men's 4x100m relay team was stripped of its silver medal at Tokyo 2020 after team member Chijindu Ujah was confirmed to have violated anti-doping regulations.

Ujah underwent an in-competition doping test after the men's 4x100m relay final on August 6 at the Tokyo Games in 2020, which returned a positive result for prohibited substances enobosarm (ostarine) and S-23, Selective Androgen Receptor Modulators (SARMS), all prohibited by World Anti-Doping Agency (WADA) at all times, the Court of Arbitration for Sport announced on Friday.

The International Testing Agency, on behalf of the International Olympic Committee, had formally notified Ujah on August 12, and the latter was provisionally suspended by the Athletics Integrity Commission.

Ujah's subsequent request for a B-sample analysis confirmed the results of A-sample, and the ITA then referred the matter to the Anti-Doping Division of CAS to determine the final outcome.

Ujah has not since challenged his anti-doping rule violation, but argued that he had not intentionally or knowingly doped and that the source of the prohibited substance may have been the ingestion of a contaminated supplement.

CAS ultimately found Ujah in violation of the IOC Anti-Doping Rules, and ruled that his results in the men's 4x100m relay final as well as his individual results in the 100m sprint at the Tokyo Olympics be disqualified.

In addition, the British team's results at men's 4x100m relay final are also disqualified, along with the forfeiture of its silver medal. World Athletics will consider further sanctions, such as a period of ineligibility, against Ujah.

A domestic champion at men's 100m sprint in June 2021, Ujah was the first runner on the British men's 4x100m relay team at the Tokyo Olympics, where Britain lost the championship to Italy by 0.01 seconds, with Canada and China in third and fourth respectively.

If the British team's silver medal in the Tokyo Olympics is withdrawn, the Canadians will be upgraded to the silver medal and China to bronze. That will become the first summer Olympic sprint medal in the history of the Chinese team.